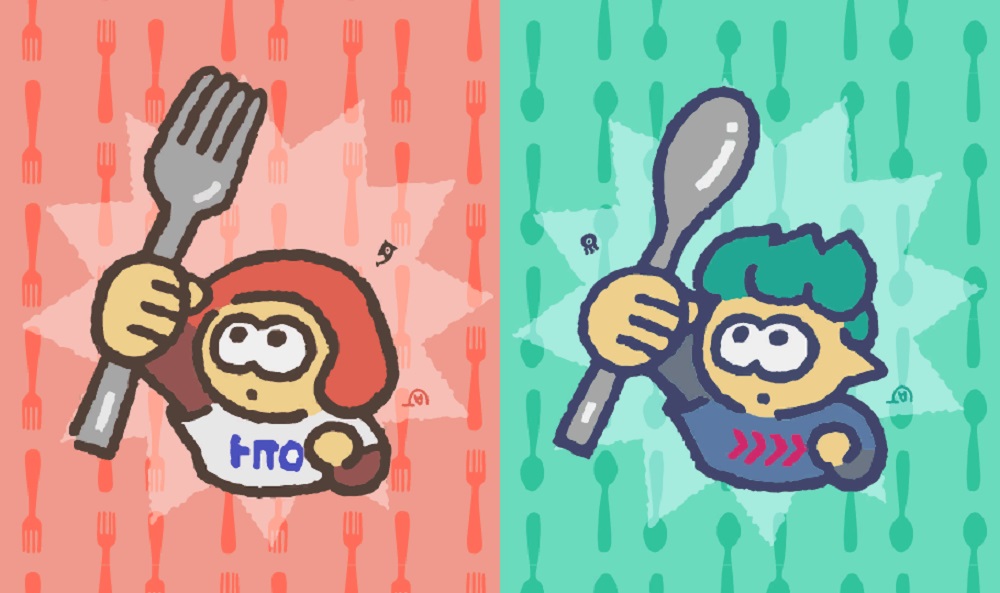 At least we know what The Tick thinks

I enjoy covering Splatoon 2’s splatfests, I really do. I like seeing all the themes pop up, the cool artwork that accompanies them, the final results and, of course, the incomparable Pearl and her not-as-good pal Marina.

But today, I’m having to force my hands to type these words, as my fingers are as uninspired as – apparently – Splatoon themselves when it comes to choosing topics. After raging battles over Ninja Turtles, Fantasy vs Sci-Fi, Movies vs Books and even the philosophical battle of Money vs Love, we have… Fork vs Spoon.

Do you prefer a Fork, or a Spoon? Pearl will be backing Team Fork. Marina will be backing Team Spoon. Neither of which making the distinction that utensils are designed for specific foods, and as such the question is wildly irrelevant. I can picture the people in charge forgetting to decide on a topic, and then pulling this up at a restaurant after work or something.

Regardless, this mighty clash of the titans will take place among the North American Splatoon 2 community next weekend on August 24 at 22:00 PT, finishing at the same time August 25.