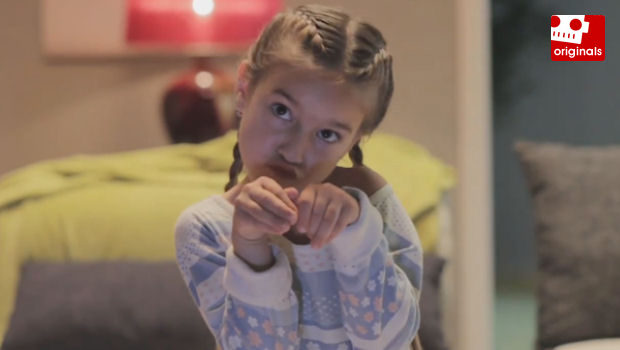 The reason why I was so hyped for Steel Battalion in the first place, other than loving the original Xbox game, was because I wanted to believe that the Kinect could actually succeed with a real core game. Up until this point, Kinect seemed designed to work with a few specific types of games: exercise games, on-rails experiences, and party games.

The key driving force here was that Steel Battalion was going to be the first game to use the actual controller in conjunction with the Kinect motion detection. That’s what I, and I’m sure many others, believed would be key to making a legitimate experience on the Kinect.

After yesterday’s review, however, I’ve come to the realization that the Kinect is a glorified beta test that we’ve all been suckered into buying.

First, I need to address my earlier hyperbolic statements. When I went hands-on with Steel Battalion just prior to GDC a few months back, the setup of the room was the most ideal environment one could have to play any Kinect game. Brightly lit, lots of room, and optimal spacing between the Kinect and player. When I played it there, Heavy Armor was functioning just fine for me.

So you can hopefully understand where I was coming from when I made what is now an obviously outlandish statement. I downloaded the Steel Battalion demo last night to see how the game would do in my living room. It was barely five minutes into the demo before I rage-quit after getting stuck in a loop where I was entering and exiting the cockpit view. I was sitting as instructed, with my hands and controller in my lap, yet the Kinect was just unable to process that I wasn’t moving my arms at all.

It was then a realization dawned over me. I’ve been making excuses with every Kinect game up until this point. Every time a motion or voice command failed with any game, I would shrug it off until I got whatever I was trying to make happen. Why have I been so forgiving all this time? We would cry bloody murder if we had to press a button on our controller or keyboard multiple times to get an action working. Imagine trying to shoot a weapon in something like Call of Duty, where your gun would only fire on every third or fourth pull of the trigger. That would be unacceptable, and yet nearly two years since the launch of the device “Kinect forgiveness” is applied to every Kinect game released.

I’m done making excuses, as it’s become grossly obvious to me that the device doesn’t work, and I doubt it will ever be fixed in its current form. We’ve all just been test subjects, feeding the device data that will shape the next iteration of the Kinect. The rumors regarding the next Xbox console have been increasing since the start of the year, and this supposed leaked document detailing Microsoft’s future vision proposes the Kinect 2 with higher accuracy, improved voice recognition, four-player support, and a dedicated hardware processor. Wait, some of that sounds familiar, doesn’t it?

Oh yeah. All this and more was promised when the Kinect was known as Project Natal. Instead, what we got was a shadow of what was shown. As for the voice recognition, the whole feature is about as useful to me as it is to say “Xbox, open disc tray.”

I think the main problem with Kinect is that seemingly no one in the industry is pushing the hardware at all when developing for it, with most attempts feeling like half-assed cash-ins. It’s rather telling when a first party published title doesn’t even try, as was the case with Kinect Joy Ride.

I say most. Like I said earlier, the Dance Central series is done rather well, and titles such as Twisted Pixel’s The Gunstringer and Grasshopper’s Diabolical Pitch have been fun, but they seem to be fun in spite of the Kinect features rather than because of them. The best Kinect-enabled games that really take advantage of the device seem to only be the ones directed at children, with Double Fine’s Sesame Street: Once Upon a Monster, and Kinectimals being some shining examples. If anything, kids are the perfect target for the Kinect, as they’re hyper little monsters that won’t be fazed from having to repeatedly wave their arms or scream at their TV trying to make something happen.

The Kinect was designed for gaming, but the areas where it actually excels have nothing to do with games. Hacks of all sorts have been designed for the Kinect, from acting as a virtual dressing room, making autonomous flying robots, helping doctors in the operating room, to so much more. There’s a serious problem when the hacks and mods do so much more with the Kinect than the games do.

I’m mad because Microsoft has been shoving the Kinect in everyone’s faces since 2010 as if we need it, like Xbox 360 owners can’t live without it. It is not an enjoyable experience at all having to repeat the swipe of your hand or voice command to do something as simple as navigate the poor layout of the Xbox 360 Dashboard, especially when it’s far easier to do anything with the controller itself.

None of the motion controller experiences are flawless, but between the big three, the Kinect is the worst offender of them all. I can’t help but feel all this is moot at this point. Microsoft has laughed all the way to the bank, selling 18 million Kinects worldwide as of January 2012. Perhaps my grievances with the Kinect are too little, too late. Still, there’s this odd sense of peace knowing that I’m done with the Kinect this generation.