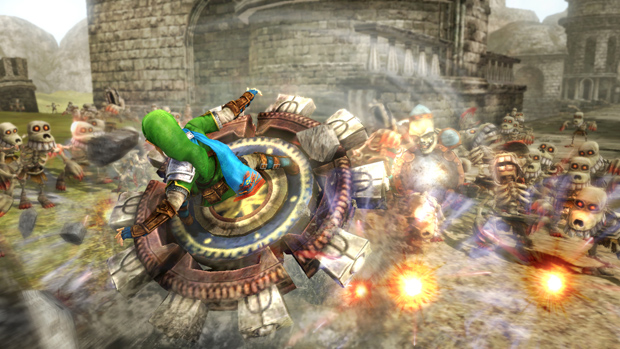 An all-new weapon and daily items

Nintendo has explained which amiibo toys do what in Hyrule Warriors and, frankly, the game’s support for the near-field communication figurines is rather dull. With Link (or Toon Link), players can get the Spinner weapon from The Legend of Zelda: Twilight Princess. That’s good.

I’m starting to wonder if these things will be worth owning unless you have multiple games with amiibo perks (and even then, I’m skeptical). I was this close to ordering one alongside my Super Smash Bros. pre-order but nothing in the initial batch jumped out at me. I might go for King Dedede — and I would definitely go for Tom Nook and Pikmin, assuming the hints pan out — but that’s because I’m fond of those characters. Their in-game use is, as it stands, irrelevant to me.

If only I were a kid. I’d be losing my shit over amiibo. I’d want them all.