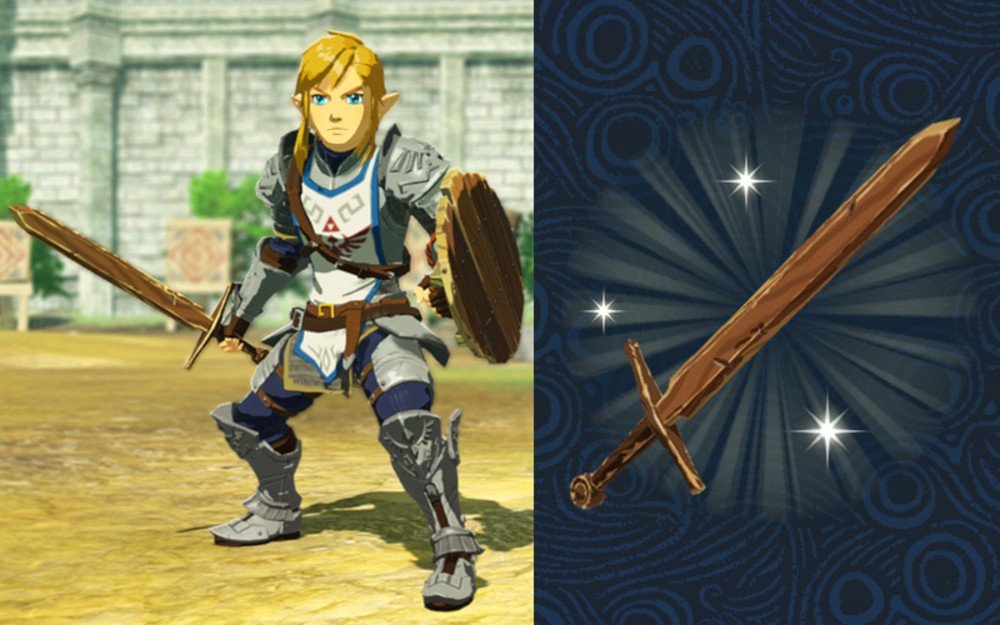 Hyrule Warriors: Age of Calamity is coming. Imagine that! It didn’t exist a few weeks ago and now it’s being shown off at TGS like it’s been around the block. Classic Nintendo “surprise!” tactics.

Anyway, Age of Calamity is arriving on Switch on November 20 and I think we have a pretty good idea of how it’ll play (a lot like the original Hyrule Warriors). If you’re not sold yet you can check out the recent gameplay overview, but Nintendo also used the TGS hype as an opportunity to share another tidbit with us: a bonus item.

Shared via a tweet, Nintendo of America clarifies that if you have save data for Zelda: Breath of the Wild on the same Switch as the one you’re using for Age of Calamity, you’ll net a bonus. It’s very simple: a training sword weapon for Link.

A simple, yet effective way to get people to collect all the weapons. Support for amiibo has also been confirmed for Age of Calamity, so there’s going to be a ton of items swirling around the game, in true Warriors fashion.