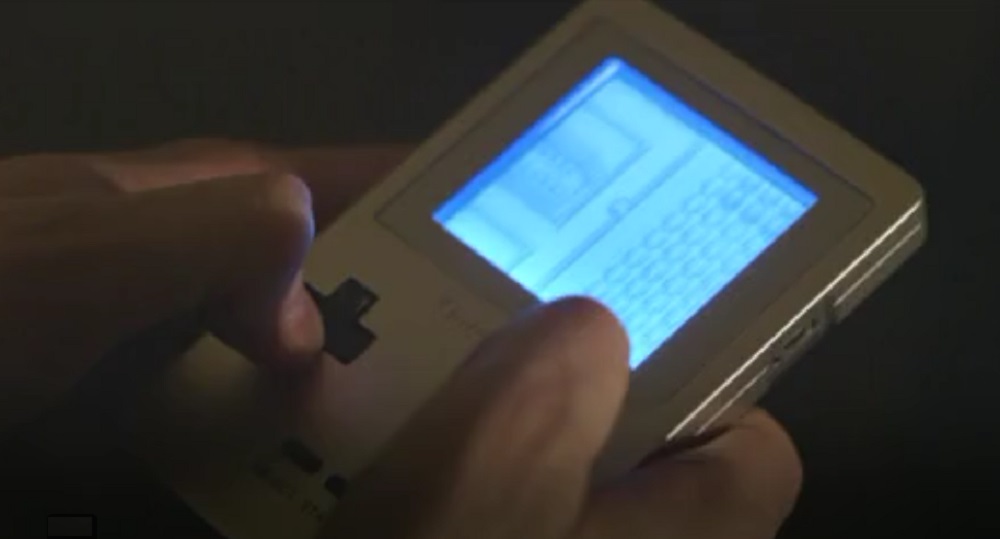 The destroyer of my eyes returns to finish the job

Hyperkin have revealed details of a new device currently in development at the peripheral manufacturer. The tentatively-titled “Ultra Game Boy” is designed to be a remake of one of the greatest selling consoles of all-time, brought up to speed with modern day display tech.

For all intents and purposes, the Ultra Game Boy (spotted at CES by Gizmondo) is no different from Nintendo’s multi-million-selling range. It has the same visual design as the Game Boy Color, as well as usual volume dial. The Ultra is, however, encased in aluminum, designed to withstand the wear and tear of being a portable device.

There will also be a new dial, which will control the brightness of the crisp, backlit, LCD screen. So you’ll be able to relive the horrors of Bart VS. The Juggernauts in bed without the need for an awkwardly-angled bedside lamp. The Ultra will also contain a six-hour battery, which can be charged via the new USB-C port. What wizardry is this?!?

The handheld will feature stereo speakers, and connections for L/R audio out, so you can really capture that lossless chiptune effect. This was apparently implemented to also facilitate the chiptune-mixing community with their compositions.

Expected to retail for under $100, the only component missing is, of course, games. But the Ultra Game Boy will run all original Game Boy carts and, one can only assume, Game Boy Color games also (otherwise it’s kind of redundant as a nostalgia device). The Ultra Game Boy is scheduled for release this Summer, whether Nintendo leap in with their own “Game Boy Classic” announcement before then, remains to be seen.