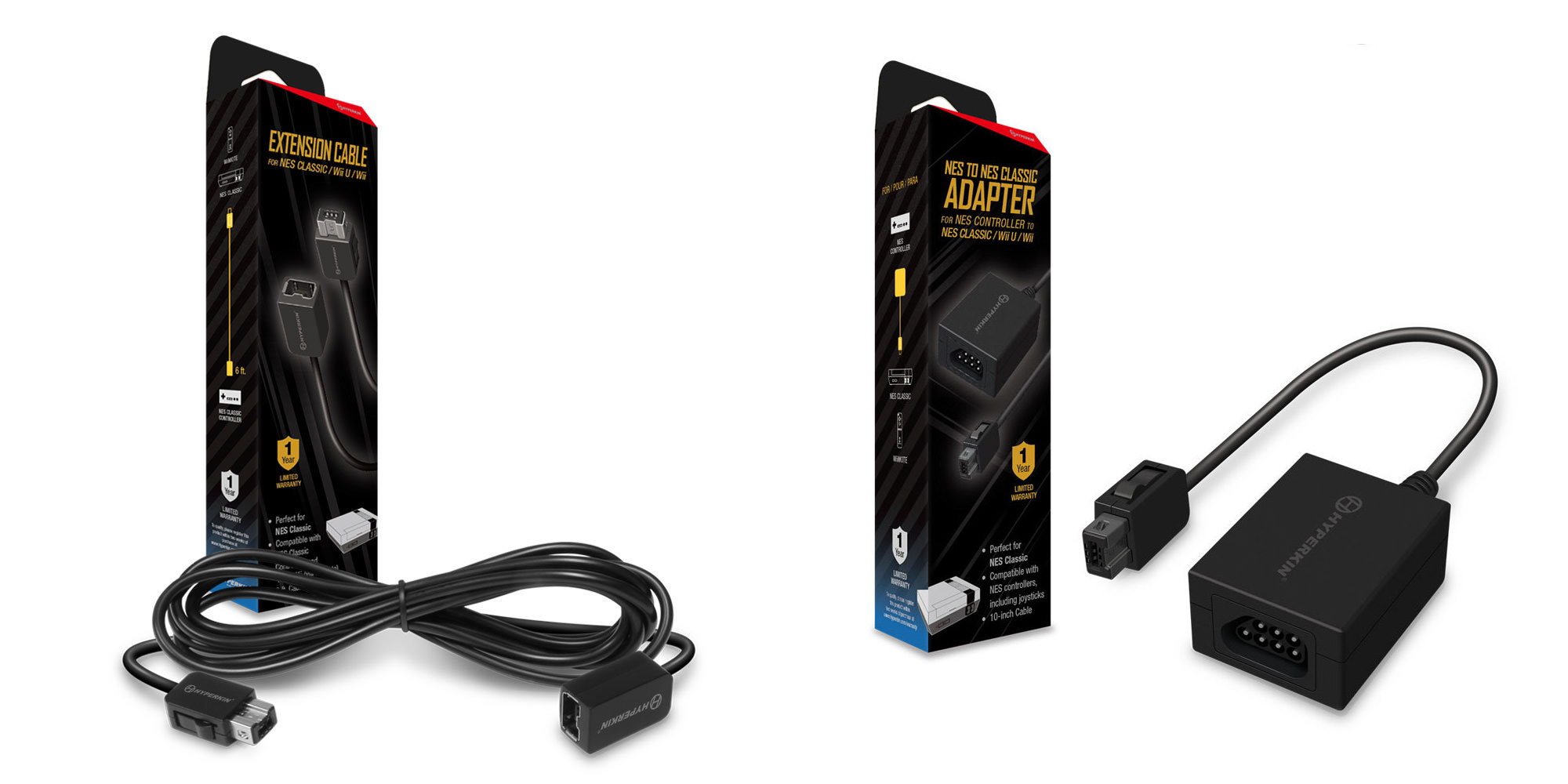 Shipping later this month, after the system debuts

I imagine the NES Classic will bring about some happy memories this holiday season, particularly for those of you who grew up with the original system and now have kids of your own that are getting into gaming, but there are some less-than-ideal aspects to the mini console. You’ve probably heard about one of the major complaints expressed in reviews: the too-short controller cord length.

We’ve told you about some third-party options like this funky-looking Nyko wireless controller that could side-step the issue, and here are a few more to keep in mind. Hyperkin is producing a six-foot extension cable ($7.99), which speaks for itself, as well as an NES-to-NES Classic adapter ($9.99) that supports original NES controllers, including joysticks (though “functionality may vary”).

These two accessories are compatible with one another, and both ship on November 28.