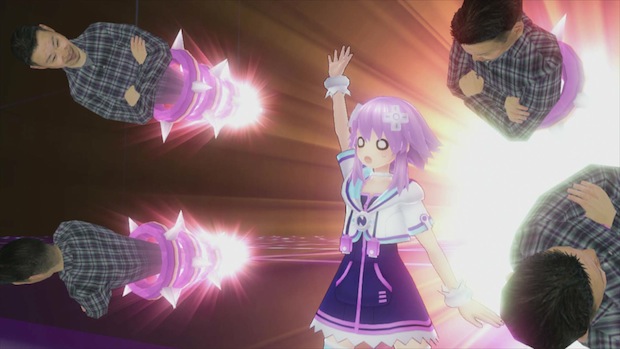 Both North America and Europe

NIS America announced that Hyperdimension Neptunia Victory will come exclusively to the PS3 next March. At Tokyo Game Show last year, NIS told us to expect it, but now we have a date to shoot for.

In this third installment of the Hyperdimension Neptunia series, Neptune returns in a story that takes place just a few years after the ending of MK II. She has grown lazy enough to be returned back to level one, and in trying to get back into the business of being the CPU of Planeptune, she stumbles into another dimension — the 1980s version of Gameindustri.

Along with this announcement comes the first English screenshots and trailer for Victory. Some of these screens are really, really weird — check the craziness in our header image. And all of them are heavy on the purple. Enjoy.