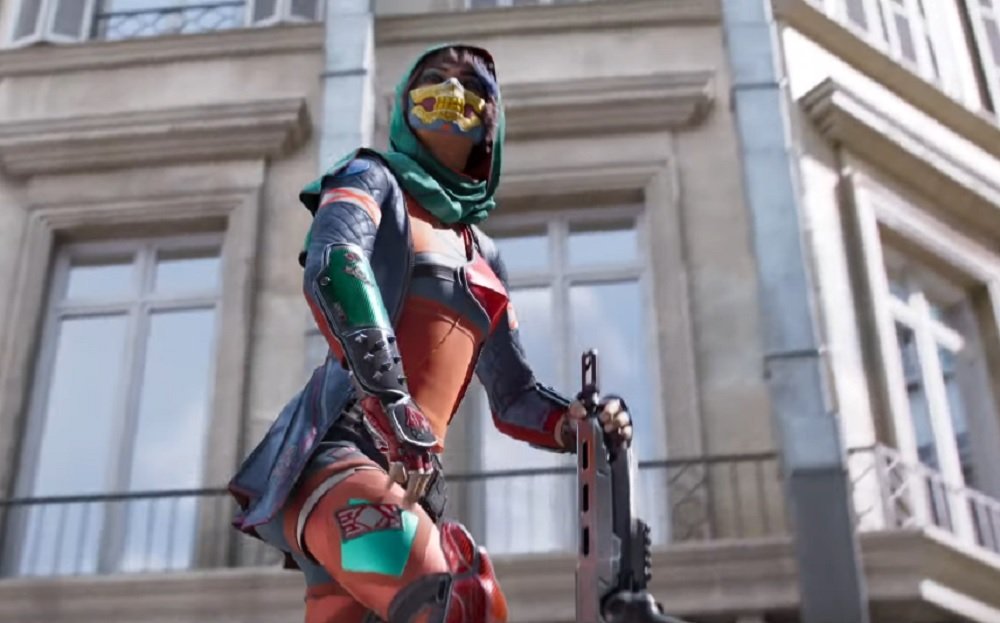 In Hyper Scape, Game Plays You

During today’s Ubisoft Forward presentation, the publisher offered more info on its multiplayer shooter Hyper Scape, which is now available in Open Beta on PC.

In 2054, the planet is plagued by a bounty of technology but very little in the way of happiness or resources. To keep the populace of cramped mega-cities distracted and entertained, the virtual world “Hyper Scape” is created, offering citizens explosive multiplayer action and fast-paced adventure with the promise of fame and prizes. But does Prisma – the mega-corporation behind Hyper Scape’s creation – have a sinister motive behind the spreading obsession with this virtual past-time?

I mean… It’s Ready Player One again, right? Mega-cities plagued by too much tech, bored citizens living in terrible conditions, virtual worlds created by an evil mega-corp. All that’s missing is an abundance of DC Comics cameos and a head-shakingly unearned sequence based on Stanley Kubrick’s The Shining.