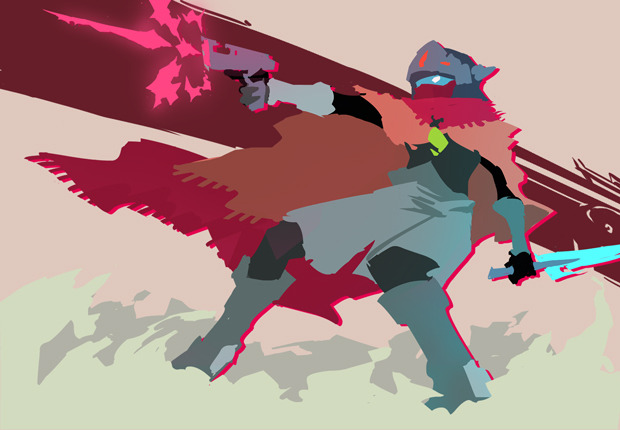 In recent times it seems as though games in ‘retro-style’ are on the rise. Perhaps this is nostalgia at work for a bygone era of gaming, or maybe there’s an endearing spirit and honesty from gaming’s past that still resonates with people. One such title that believes in the later is Hyper Light Drifter. After an enormously successful Kickstarter campaign, the developers have been keeping things pretty close to the vest since it was funded.

During GDC, IGN hosted their Media Indie Exchange event to show off new and upcoming titles from independent developers and on-hand were the developers of Hyper Light Drifter with a new build. After getting some much appreciated hands-on time, we spoke with Heart Machine’s Alex Preston, got to learn how the development of Hyper Light Drifter has been going, and how you can incorporate retro games into modern game design. 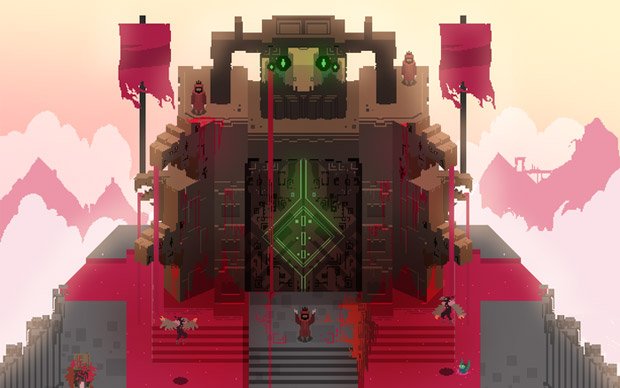 Hyper Light Drifter is a 2D action-RPG title with a deep focus on exploration and combat. Players take on the role of an unnamed Drifter who must raid dungeons, collect loot, and try to survive in the unforgiving landscape.

As seen in many of the trailers, HLD places emphasis on atmosphere and mood. We explored a level on an eerie mountain pass as we made our way to a suspicious shrine at the top. Along the way, we were ambushed by local wildlife and magic users. The Drifter has many skills at his disposal, his sword and gun combo allow for swift action close range and at a distance.

Heart Machine wasn’t shy about sharing its influences. The Legend of Zelda, Diablo, and even the more modern Phantasy Star Online have been a massive influence on the gameplay aesthetic and makeup. It is a skill based game that focuses more on player reflex, timing, and quick thinking. While the staples of RPG gameplay are present, such as character growth and stat boosts, the game is about skill at heart.

“I think a lot of people miss this genre in specific, they love older top down SNES titles,” said Lead Designer Alex Preston while elaborating on the combat system. “It’s much more about honing your skills. In fact, we’ve actually built the entire game to allow players [if they want] to not upgrade your character.” 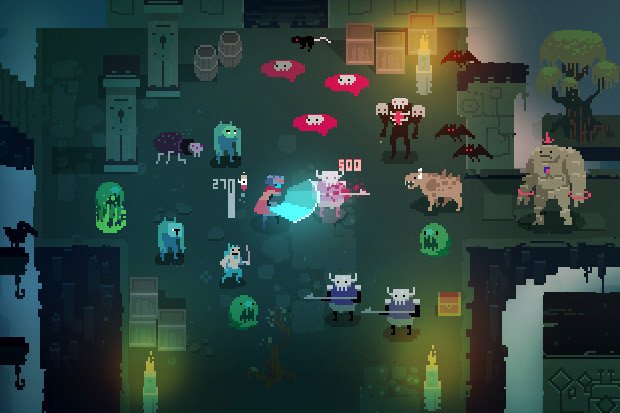 As evident in the footage released some time ago, the action is very fast and twitch based. Controls were simple and responsive, and you’ll be utilizing the Drifter’s weapons and special skills on the fly. Initially, players will come across single foes that don’t pose too much of a problem — but then things change when you come face to face with enemies in large groups. And let me tell you, things get incredibly chaotic when fighting ten or more foes looking to take the Drifter out. The key to combat is staying on the move, and the dodge mechanic allows players to move in and out of the action with ease.

While this wasn’t present in the playable build, exploration is big part of the game and the developers at Heart Machine wanted to make player choice a big part of the experience. The Drifter will have access to a town hub, where he can purchase new equipment, restock on materials, and take up quests from the town’s populace. While this my call to mind classic tropes from Zelda or Metroid, the developers were very clear about making the game open.

“We’re keeping it pretty open, we’re not going to lock players behind too many item walls or anything like that,” said Preston. “There’s no order of dungeons you have to go to, so if you want to head north, south, east, or west — you can do that.”

Even though it’s still a ways off, Hyper Light Drifter has already garnered a loyal following beyond its Kickstarter backers. After the announcement of their delay, they received a lot of positive feedback from fans. “We can’t be thankful enough of the fans,” said Preston. “When we delayed the game from our initial June release date, they were very positive and wanted the best for the game. It’s crazy that we have fans, we couldn’t be more grateful for all the support.”

With Hyper Light Drifter still a ways off, the folks at Heart Machine still have plenty of time to fine tune and add more content. I was quite impressed with my brief time with the game. I wanted to try another go, but the line got pretty long and I had to let go. This game can’t come out soon enough.