I used to hang out on Yahoo! Chat, the social media hub for anime geeks in the late nineties. It was the coolest thing this side of a Geocities Sailor Moon fan page, (going to take second to remind everyone about how awesome NeoCities is for anyone feeling nostalgic about the internet) and I used to talk endlessly with internet friends about Dragon Ball. Dragon Ball AF was a fake rumoured continuation of the series. It was dumb and looked a little like this. 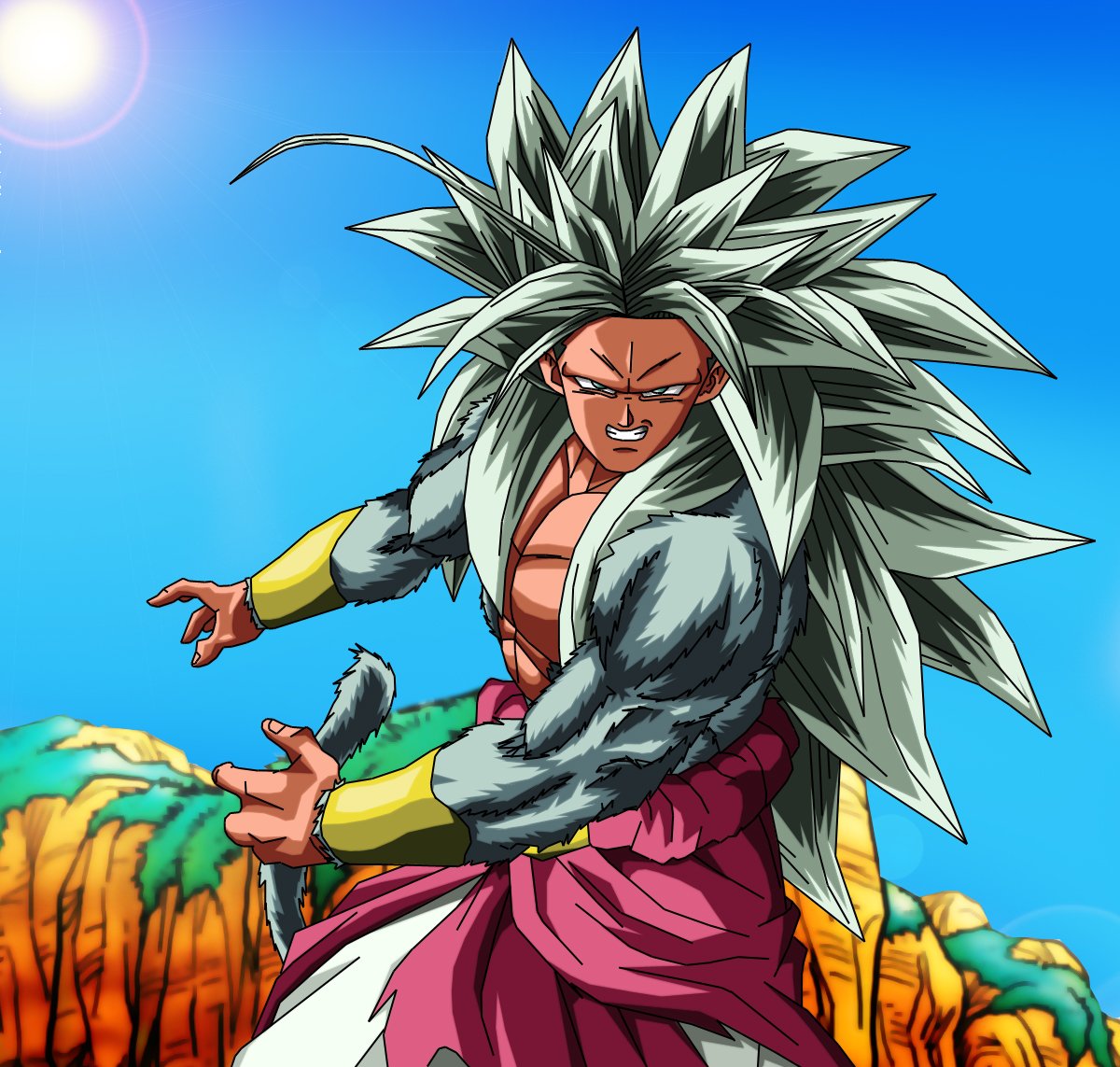 Yep, it sure looked Dragon Ball as fuck.

It would be another fifteen years until a new Dragon Ball series ever saw the light of day. Sure there was Dragon Ball Kai which was a nice little approximation of the manga, but the actual material was just Dragon Ball Z recut. Dragon Ball Super is the newest thang in the DB universe, and it has been generally well received so far.

I have enjoyed it a lot more than I ever liked Dragon Ball GT, a post-manga show which is barely canon, and which I had a hard time sitting through. Dragon Ball Super is much better in my opinion even when it feels like it retcons a few things and is a lot more goofy in tone than Dragon Ball Z. There are some pretty damn good fights and it’s a nice love letter to the DB characters I love, even if it never hits the same heights of intensity that Z ever did. I like that Vegeta has sort of been resigned to the comic relief department in some ways; he was known for doing little else but getting his ass stomped after the Saiyan Saga, always struggling to keep up with Goku. 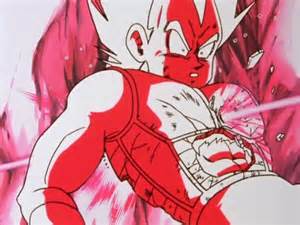 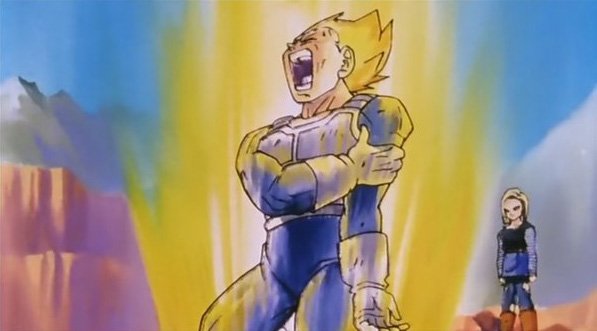 Or here’s him again. 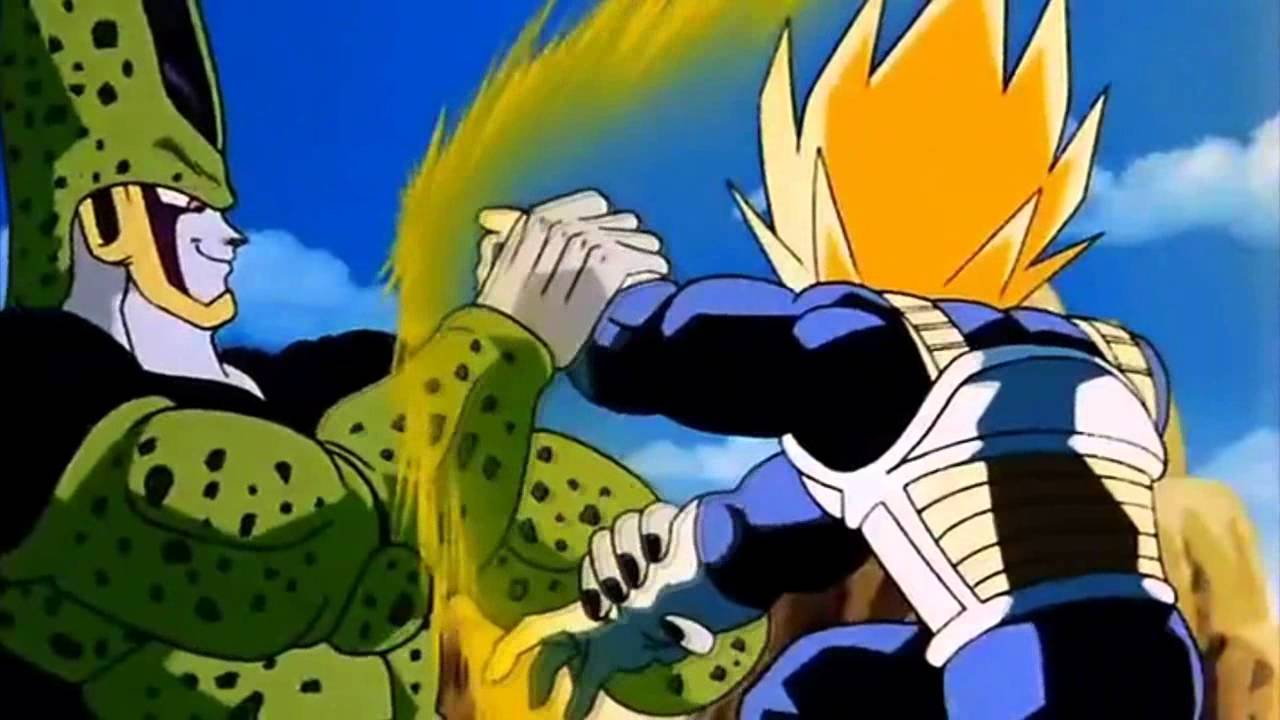 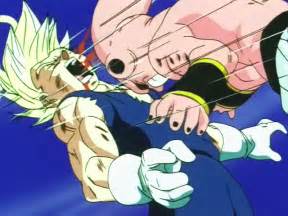 To put him in a position where he is more or less even keel with Goku, but also play on their buddy cop relationship and the fact that he somehow settled down on Earth with a wife and kid after trying to destroy the entire fucking planet years earlier works really well. I like the new crew, Beerus and Whis in particular, and in recent episodes seeing Freeza come back in a way that worked far better than expected has been a treat. Some of it doesn’t work all of the time, but overall I’m enjoying it a lot more than I ever did GT. 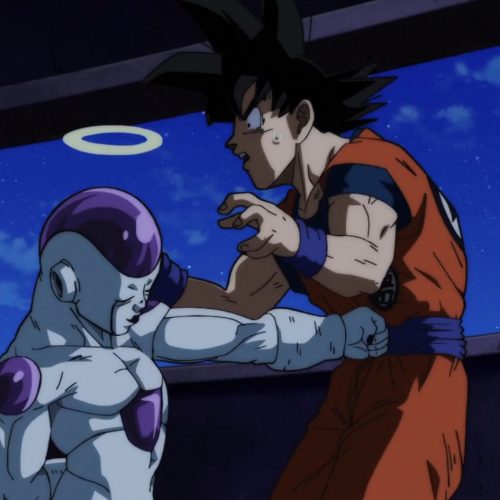 To see Super over ninety episodes in and also find out we are getting a new Dragon Ball game based on the Guilty Gear franchise, also by Arc System Works, has been this pathetic manchild’s wet dream. I have been introducing my wife to the series over the last six months or so and it’s been fun to go back and do it all over again and be able to move right into watching Dragon Ball Super. In the meantime, I ended up buying the Dragon Ball Z: Extreme Butoden game on the 3DS, also by Arc System Works, and it was a major disappointment for me. While the pixel art style was nice and the system itself fairly solid, the A.I. was absolutely abysmal, making it no challenge whatsoever unless you found a friend to play with. With no challenge, there was no reason to continue past a few fights and it left me feeling sour. 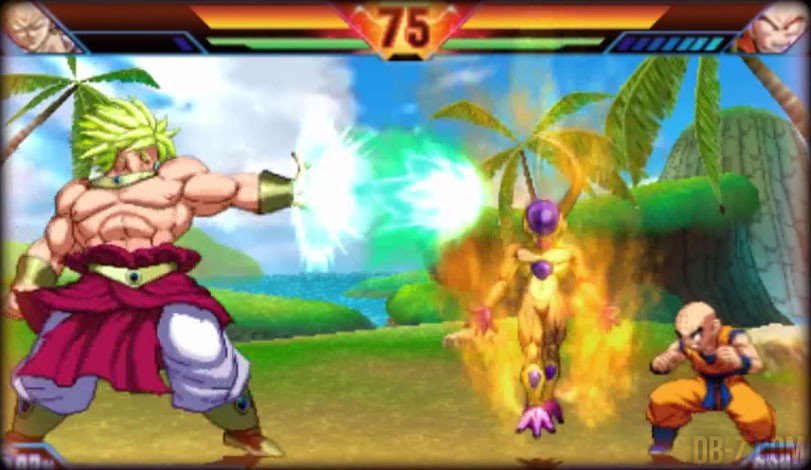 Unfortunately this has always been something of a trend with Dragon Ball video games. There are a shit ton out there; dating back to the Cassette Vision system in Japan, (yeah, I knew that without looking it up on Wikipedia, sure why not *fart*) a lot of them are in the action and RPG genre. My first introduction to any Dragon Ball game was this peculiar card-based RPG on the Super Famicom, Dragon Ball Z: Super Saiya Densetsu, where I had little idea what was going on and made it up to the Vegeta fight before getting my ass handed to me and rage quitting. I didn’t realize this was actually a compilation of two original Famicom titles and a pretty common style for early Dragon Ball games to be designed in. It wasn’t until Dragon Ball Z: Super Butôden that a proper DBZ fighting game was released, and it was a pretty good first effort. 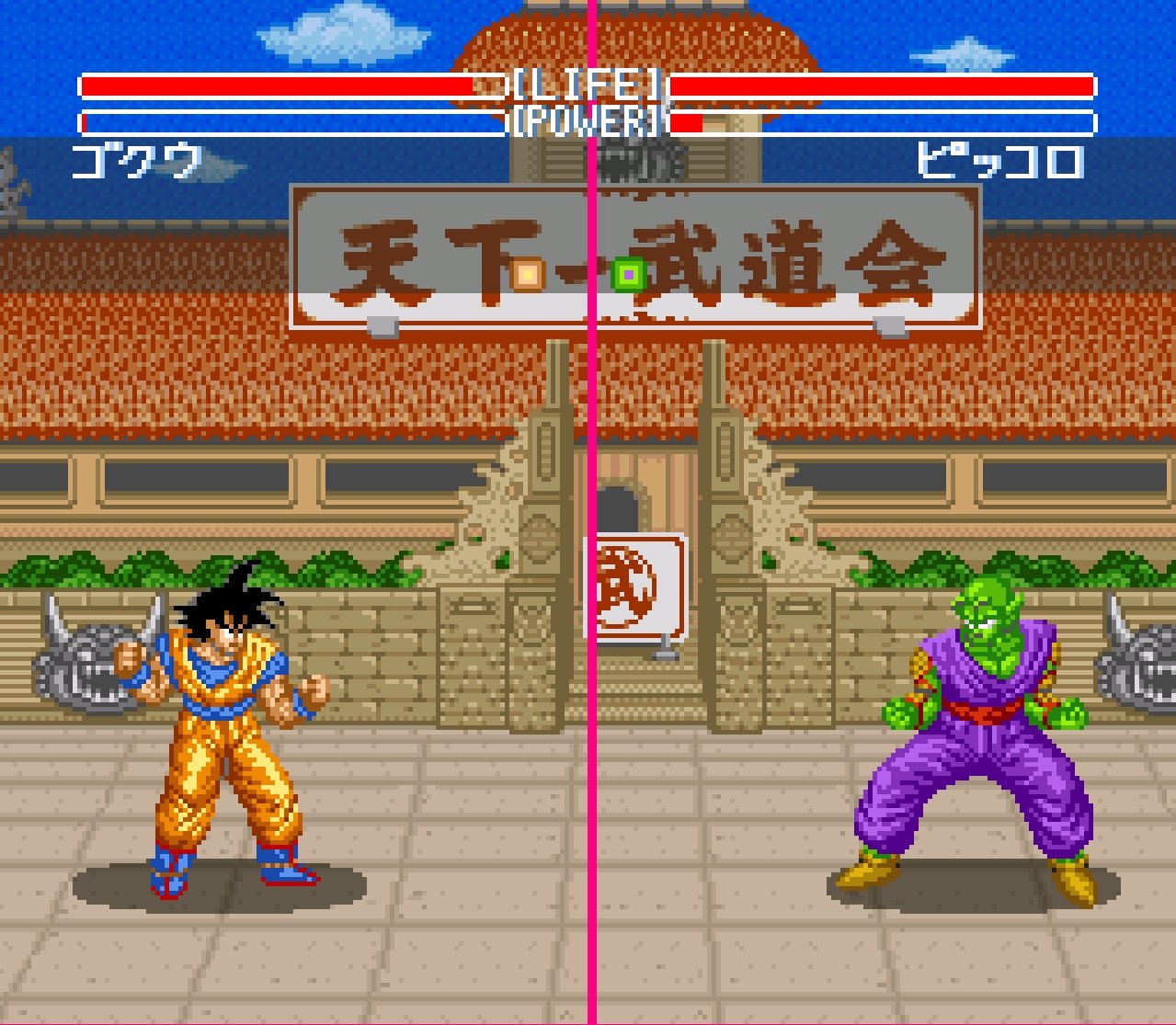 I played the shit out of this game. It was clunky, frustrating, and had a neat but ultimately unnecessary “split-screen” mechanic when you got too far away from your opponent, but it was the first game I played that felt remotely like Dragon Ball. I loved this game and its sequels, and I would also never play them today because there are a ton of better options. The first time I was really sold on Dragon Ball as a franchise that could have really good games would be much later, in 2004 when we got Dragon Ball Z: Budokai 3 for the PlayStation 2. It was mechanically solid and had a ton of DBZ fanservice in it for longtime followers of the franchise. My friend and I played the game at his house a lot while drinking in his basement. We destroyed many controllers this way due to its button-smashing, analog-stick-rotating ultimate attack system. Good times.

Despite my love for Budokai 3, I always felt the game was a little thin in terms of the fighting mechanics. The Dragon Ball Z: Budokai Tenkaichi series had similar problems, and although Super Dragon Ball Z would release on the same console in an attempt to create DBZ game that could stand toe to toe with other competitive fighters, it didn’t gain much ground at the time, perhaps releasing too early, without any online features to speak of, so I don’t think it ever garnered much of a community following. 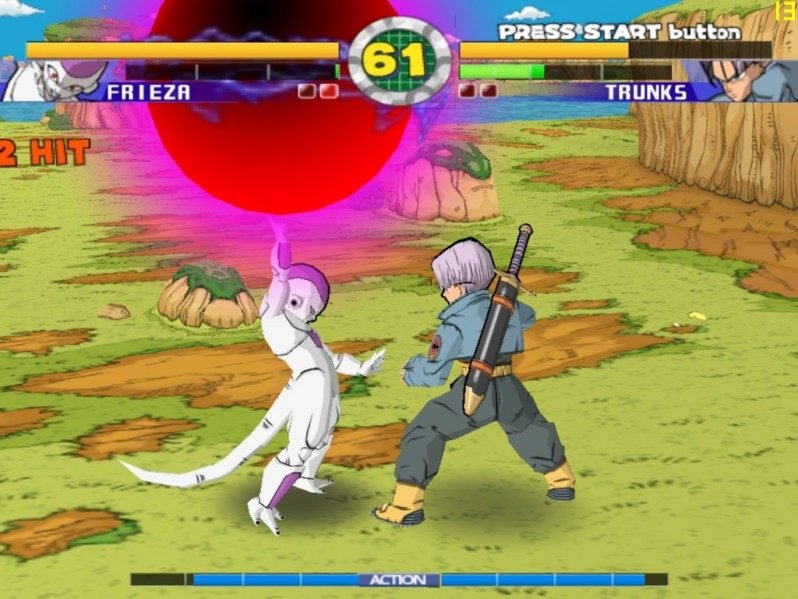 Now we are getting FighterZ. And it’s hard to believe. The footage has been absolutely gorgeous, not just in terms of the character models, but even the backgrounds are extremely detailed and pretty. Trees sway in the landscape of Namek, the color palette is insanely detailed and rich, and of course the stages are transformable via ultimate attacks which is pretty much a staple of DBZ fighting games.

But more exciting than the flash of pretty graphics is the gameplay. The 3v3 system which has become a familiar staple in competitive fighting games looks brilliant here. We don’t have a full roster of characters, but it seems like Arc System Works is focusing on the heavy hitters; I highly doubt we will see ancillary characters (sorry Yamcha) or “joke” characters filling slots in the roster. I’d like to see cameos from some of the quirkier characters (Arale would be super OP), but I think they’ll save that space for some of the DB Super cast. I would be happy to see Hit and Zamasu in there, as well as the new Saiyans Kale, Caulifla, and Cabba (well maybe not Cabba, he’s sort of lame) but I’m guessing they will probably focus primarily on the more familiar faces for the most part. 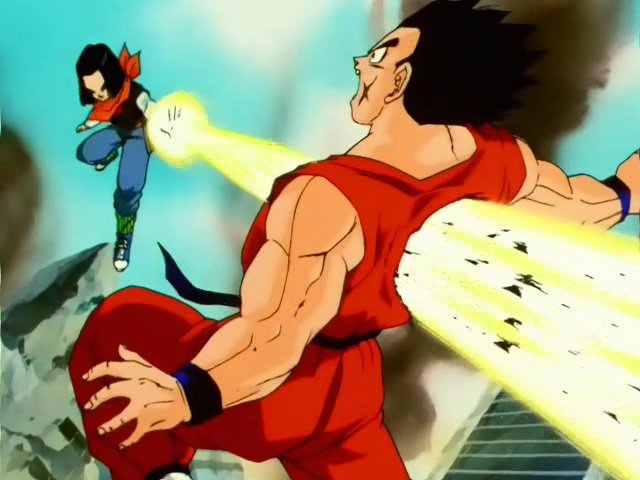 There are a lot of Dragon Ball games, and most of them are nothing to write home about. I recall the announcement of Dragon Ball Z: Budokai. At that time, all we had was Dragon Ball GT: Final Bout, a real clunker of a shitfest that was barely playable, but that I hunted down regardless just to get a taste of something, anything localized. It’s funny to look back now and see how far the series has come and how the popularity of its localization (thanks, Funimation!) drove the games forward and brought us some really fun, if not always good or polished titles to play. 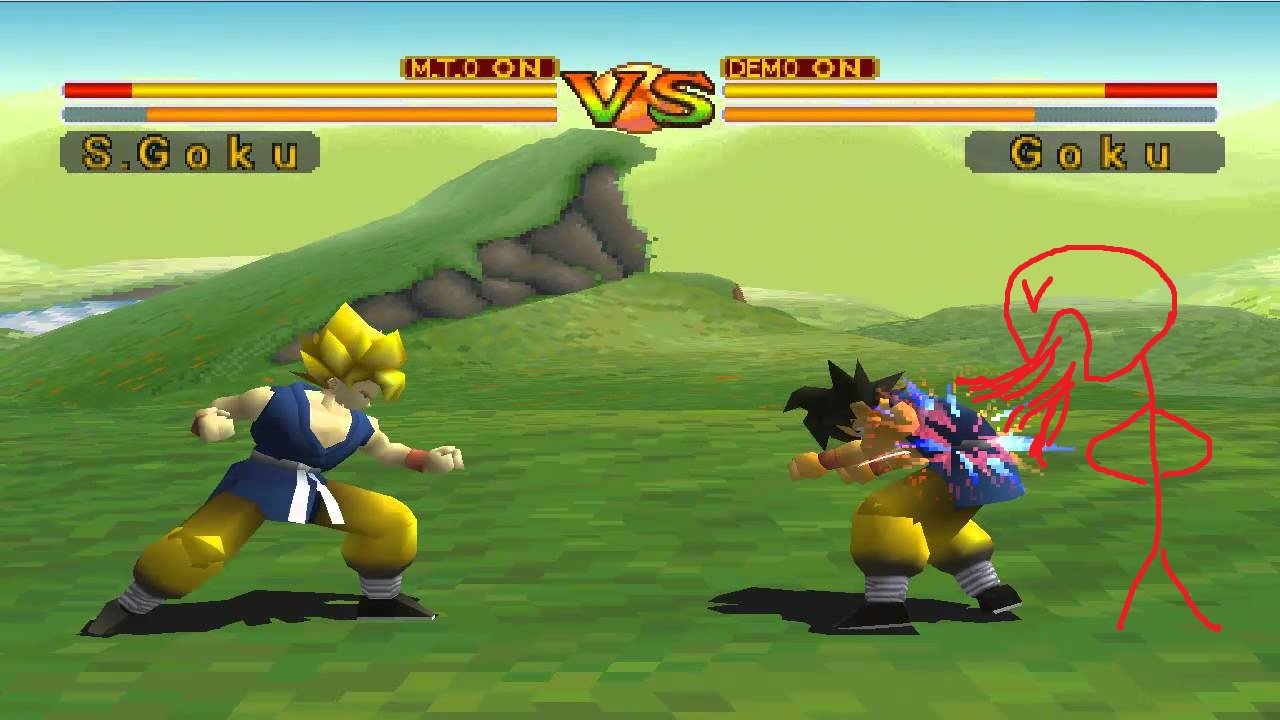 Whatever the case I think it’s safe to predict that this will be the first really mechanically apt Dragon Ball fighting game. It’s about time, really. Considering the influence of Dragon Ball on the genre as a whole, and how many games have been released over the years, it is shaping up to be a well-deserved treatment. It’s hard to say for sure until the game launches, but I have pretty high hopes that even Zen-Oh Sama will be blown away by this one.

…that was a Dragon Ball Super reference at the end in case you didn’t get it.