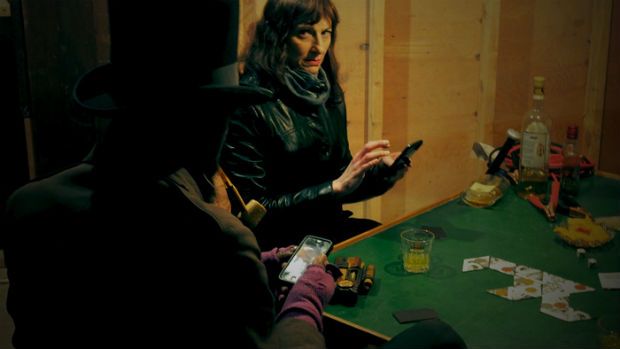 As a fan of board games and videogames, my ears perk up when I hear about developers attempting to combine the two in interesting ways. Especially exciting are games focusing on subterfuge, deception, backstabbing, and lies. Collusion sounds like a really great idea in both of those regards.

It reminds me a bit of A Game of Thrones: The Board Game, in that some groups have taken to bringing phones to the table in order to send text messages to one another, striking up deals for alliances and support in secret. The fact that Collusion builds upon that by fully interfacing with each player’s mobile device for other game mechanics is just rad.

However, my heart weighs heavy with this Kickstarter campaign, because it sounds incredibly cool and it also appears doomed to failure. With ten days left in the run, the developers have only made about 15% of their total funding goal of $100,000. It seems that the crowdfunding attempt was done too early in development, but despite the likely Kickstarter failure I sincerely hope that this team continues working Collusion. Hopefully the “We can’t do it without you” line at the end of the video turns into “We’ll find a way to do this somehow.”