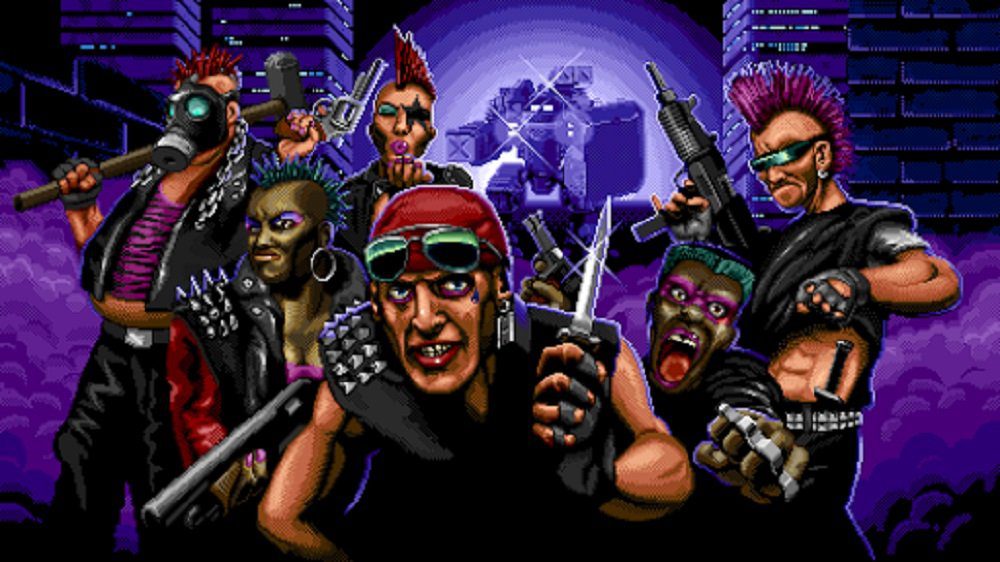 2020 was a kick-ass year for video games, I’m sure y’all would agree. But when it comes to the crunch, I don’t there’s any new release I played more than Easy Trigger Games’ anarchic, explosive, kick-you-in-the-crotch-fantastic platform shooter, Huntdown.

One of the best indie releases from a top-tier year, Huntdown offered pulse-pounding, trigger-twitching mayhem, backed by some of the year’s best sound design, and dripping in sordid ’80s cybersleaze. Compelling in all of the right ways, Huntdown is a tribute to the staying power of Raw Unashamed Arcade Action. A retro love letter – written on rusted metal and inked in blood.

Today brings a double-barrelled blast of news, as publisher Coffee Stain has announced that it will finally be unleashing Huntdown‘s personal brand of carnage on the Steam platform May 12. In addition, Steam players will receive “first access” to an all-new Arcade Mode, which sees one or two bounty hunters take on wave after wave of enemies in fast-paced, weapon-swapping mayhem. Take out as many perps as possible and earn your place atop of the all-new global leaderboards, stealing the name of best bounty hunter in the biz. The Steam edition of Huntdown will also support online co-op via Steam Remote Play.

“Huntdown is a perfect example of what the Coffee Stain community has come to expect from us a great game created by an incredibly passionate team, ” said Coffee Stain CEO Albert Säfström in a press release. “The glowing reviews Huntdown received last year really speak for themselves, and this latest update gives fans even more to get excited about.”

While Huntdown isn’t the lengthiest of titles on the market, its challenging difficulty and “1-credit-clear/speedrun” appeal kept me coming back over and again. This new Steam port will hopefully open the title up to a wider audience of players, who can fry their brains with the same adrenaline-fueled action that kept me wired like Johnny Mnemonic.