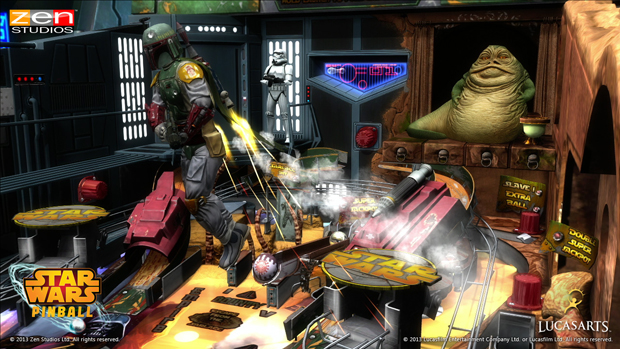 There’s no such thing as too much pinball, but…

This Humble Weekly Sale is all about Zen Studios. If you’re like me and don’t own any Pinball FX2 content on PC yet, it is a terrific way to get into the game for cheap. At $1 or more for Steam keys, the bundle includes the Core Pack (Pasha, Rome, Biolab, and Secret of the Deep), the Classic Pack (Shaman, El Dorado, Tesla, V12, and Sorcerer’s Lair), and the Earth Defense, Paranormal, and Epic Quest tables.

That’s all well and good, but it’s the $6-and-over tier you’ll likely want to go for. This bundle adds in three more packs: Avengers Chronicles (Marvel’s The Avengers, Fear Itself, The Infinity Gauntlet, and World War Hulk), Star Wars (The Empire Strikes Back, The Clone Wars, and Boba Fett), and Marvel Pinball Original (Spider-Man, Wolverine, Iron Man, and Blade).

The last time I played this much digital pinball was back in the Windows XP days.