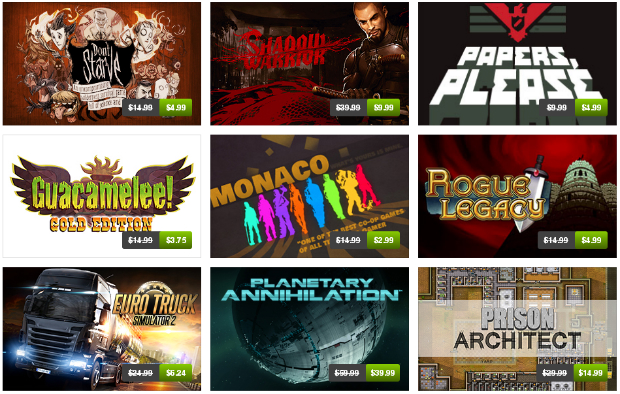 For those looking for deals, the Steam sale isn’t the only game in town. The Humble Store, made famous for its Humble Bundles, has been having its own winter sale, marking games down up to 75% while giving a portion of the revenues to charity. The sale was scheduled to end today, but has been extended for this “encore” until January 3.

This encore will feature all of the best-selling deals that appeared through the sale’s normal run. These include some of our favorites like Dust: An Elysian Tail for $3.75, Guacamelee! for $3.75, Monaco: What’s Yours is Mine for $2.99, among others. There are a lot of really great titles on here for only a few bucks! If you don’t already own them, now is the time.