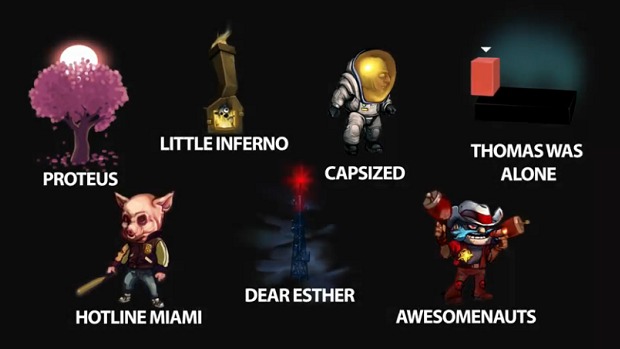 By now, you all should be intimately familiar with the Humble Bundle, which lets customers pay what they want for DRM-free copies of videogames, often includes soundtracks, and puts a portion of the proceeds toward charity. Humble Indie Bundle 8 is no different in those respects, but it’s particularly notable as it includes some of our favorites from the past couple years.

Included in the bundle are Awesomenauts, Capsized, Dear Esther, Little Inferno, and Thomas Was Alone. Those paying above the average (currently sitting at $5.68) will also receive Hotline Miami and Proteus. Quite an impressive bundle, indeed.