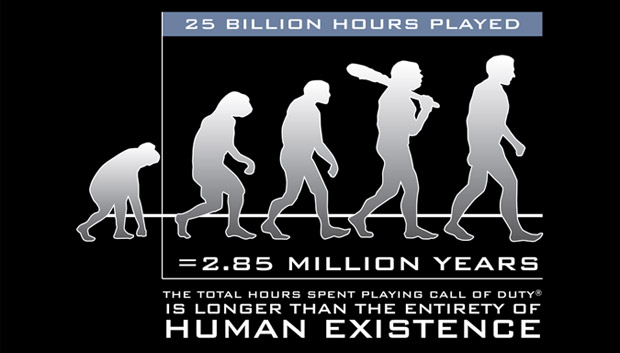 And even more, if you count the pre-Modern Warfare titles

Ahead of tomorrow’s big multiplayer event for Call of Duty: Ghosts — there’s going to be a livestream and everything — Activision has put out an infographic summing up some of the series’ most staggering statistics. And by “series,” they actually mean Modern Warfare and later.

I sometimes forget that the Call of Duty brand used to mean something so different years ago. Not that it was necessarily better or worse — I’m sure some of you have strong feelings about the topic — but, yes, it sure has grown in ways that I doubt even its creators could have imagined. Can this carry on for much longer?