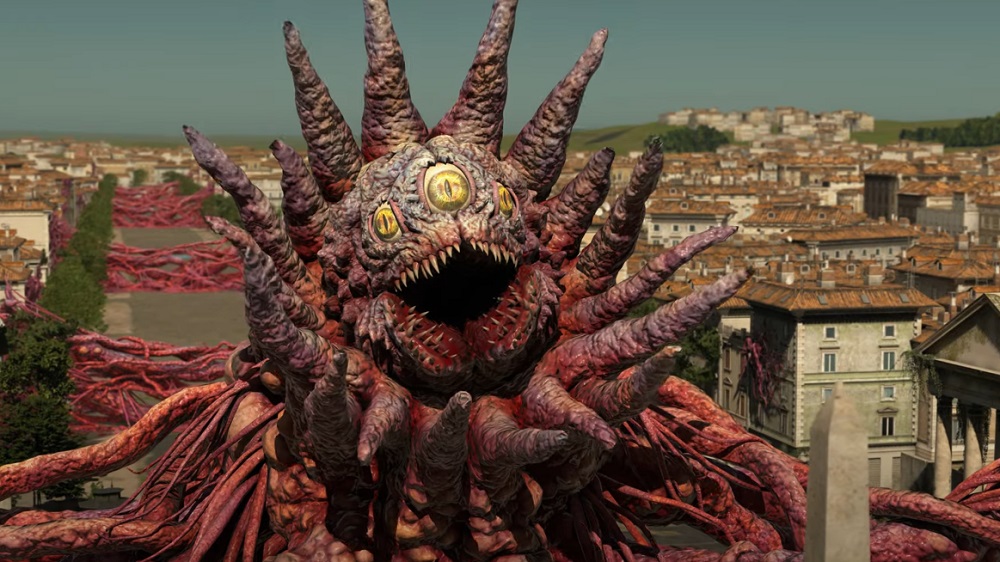 In just a couple of days’ time, macho-maniac “Serious” Sam Stone will be making his video game comeback, when Serious Sam 4 launches exclusively on PC and Stadia September 24.

Publisher Devolver Digital, in association with developer Croteam, has released one last trailer to get fans in gear for another bombastic adventure packed full of vicious aliens, explosive weaponry, and more than a handful of cheesy one-liners. Serious Sam 4 sees Planet Earth on the brink of complete annihilation, as the invading forces of Mental begin to dominate each and every nation. With only a small army of rag-tag mercenaries at his side, it’s up to our unlikely hero to pull humanity back from the brink of extinction, one homing missile at a time.

I have to admit, when Serious Sam first launched way back in 2001, I honestly thought it was a fly-by-night release – and completely destined for obscurity. But today, with four mainline entries and a whole host of spin-off releases, the shades-wearing super-dude has since proved me very, very wrong.

Serious Sam 4 launches on PC and Stadia September 24. It will arrive on consoles sometime in 2021.