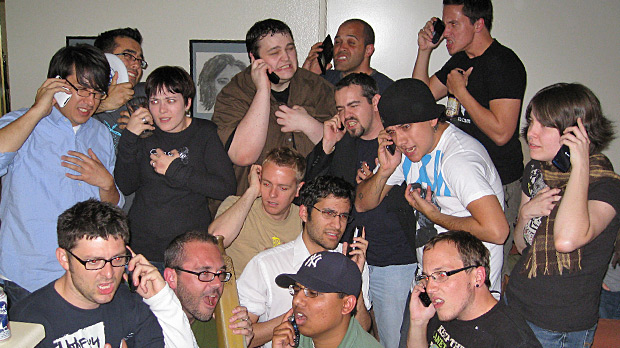 The Silent Hill movie tends to pop up on occasion when discussions about good videogame movies happen. The only problem with that is, when compared to everything else in the medium, even the best films based on games tend to be merely decent at best.

So no, I’m not some proponent of the Silent Hill flick. But if it makes you feel better, you can pretend that I am, I guess. As for the impending sequel, I’m not about to defend it. Heck no. After hearing the newest details from Shock Till You Drop, I am downright fearful of this project.

As you might recall, the screenwriter to be, Roger Avary, was sentence to a year in prison. Even so, it’s sounding as if the film is still on. “We’re just debating whether we can wait for him. He’s writing the script for sure,” says Silent Hill producer Don Carmody.

Director Christophe Gans likely won’t be returning for the follow-up, but Carmody says “he’s very happy to consult.” According to Carmody, the story “is going to happen years later and the main character is much older and representative to the movie-going public which is in that age group.”

“Silent Hill is not a blockbuster game like Resident Evil or the other games out there. It’s a connoisseurs’ game. It has its own, rabid fan base. You have to appeal not only to the gamers, you have to appeal to a wider audience. So we have to get some story in there that helps explain a bit more,” he concludes.

There’s no way this will turn out okay, is there?