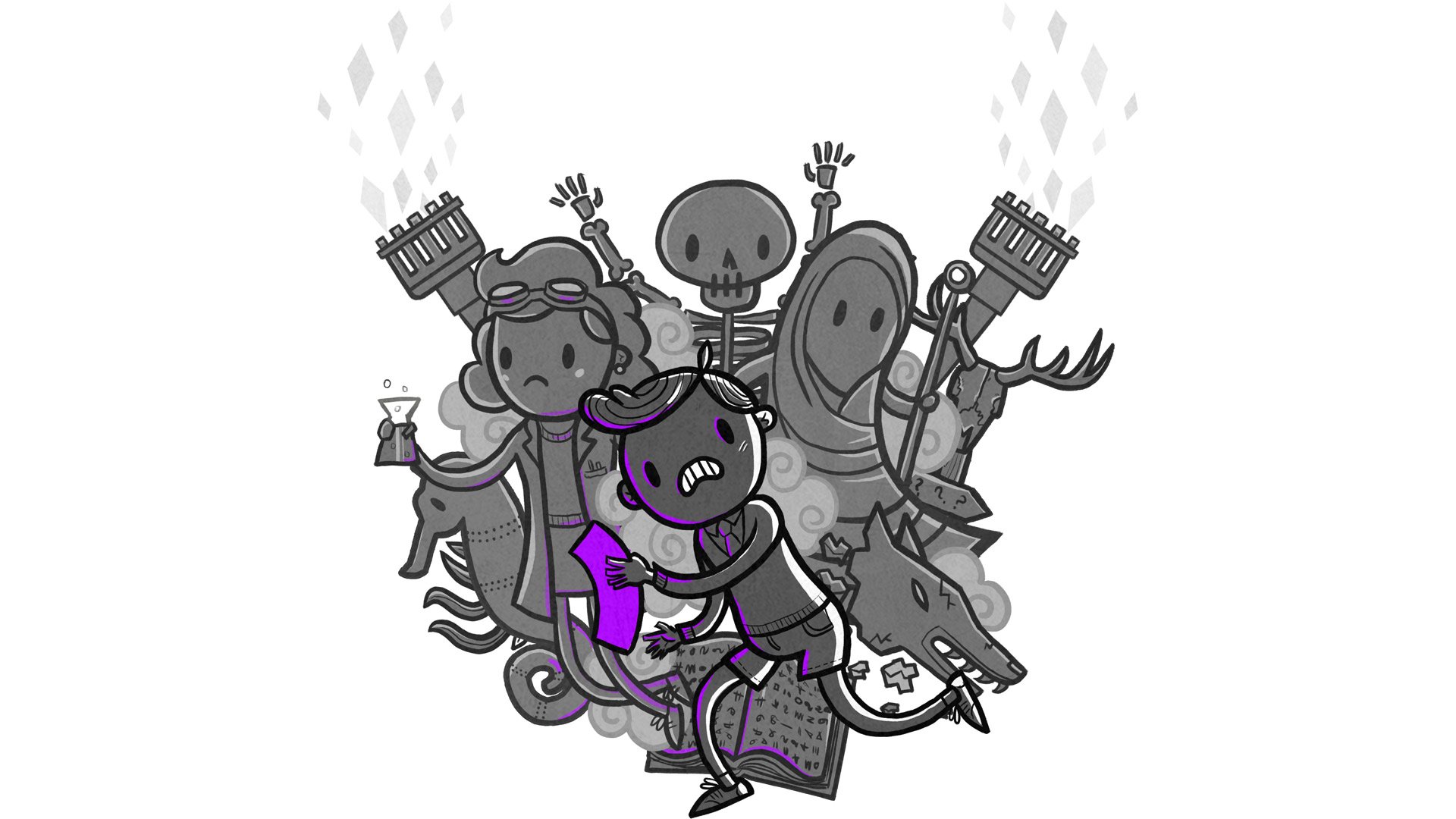 What you can’t see can’t hurt you

Hue is a two-dimensional puzzle platform game where the protagonist, the titular Hue, is tasked with collecting the different colors of a special ring to defeat the nefarious Dr. Grey.

My first impression of Hue was that it looked a lot like Limbo, with a silhouetted young boy moving through a greyscale world. It plays a lot like Limbo as well, and I mean that as a compliment. Hue is very fragile and will die in one hit if he brushes up against any of the game’s many obstacles. He can also jump, push and pull boxes, and throw switches, and that’s about the extent of his abilities.

You begin in your bedroom, a black and white box in a black and white house in a black and white town. Your mother appears to have gone missing, but she left some letters around to guide you, and these are read to you in audiolog form whenever anything interesting happens. It’s not long before you find the first shade of color in the world, which allows you to begin your adventure.

Hue (pronounced “Hugh”) can use the different shades on his color ring to change the background of the world, making anything that happens to share that color both invisible and inconsequential.

For example, if there’s a blue pile of rocks blocking your path, you can make the background blue, and then walk through them as if they weren’t there. Anyone who’s played Ikaruga or Outland will be familiar with this idea; if it’s the same color, it can’t hurt you. The foreground remains basic black, so it’s easy to tell exactly what’s going on at all times.

This mechanic is mapped to the mouse on the PC or the right analog stick on game controllers. It’s pretty easy to swap between colors once you’ve collected a few, and the game slows down when you’re deciding between them, which is helpful when you have to quickly swap while jumping and avoiding obstacles. 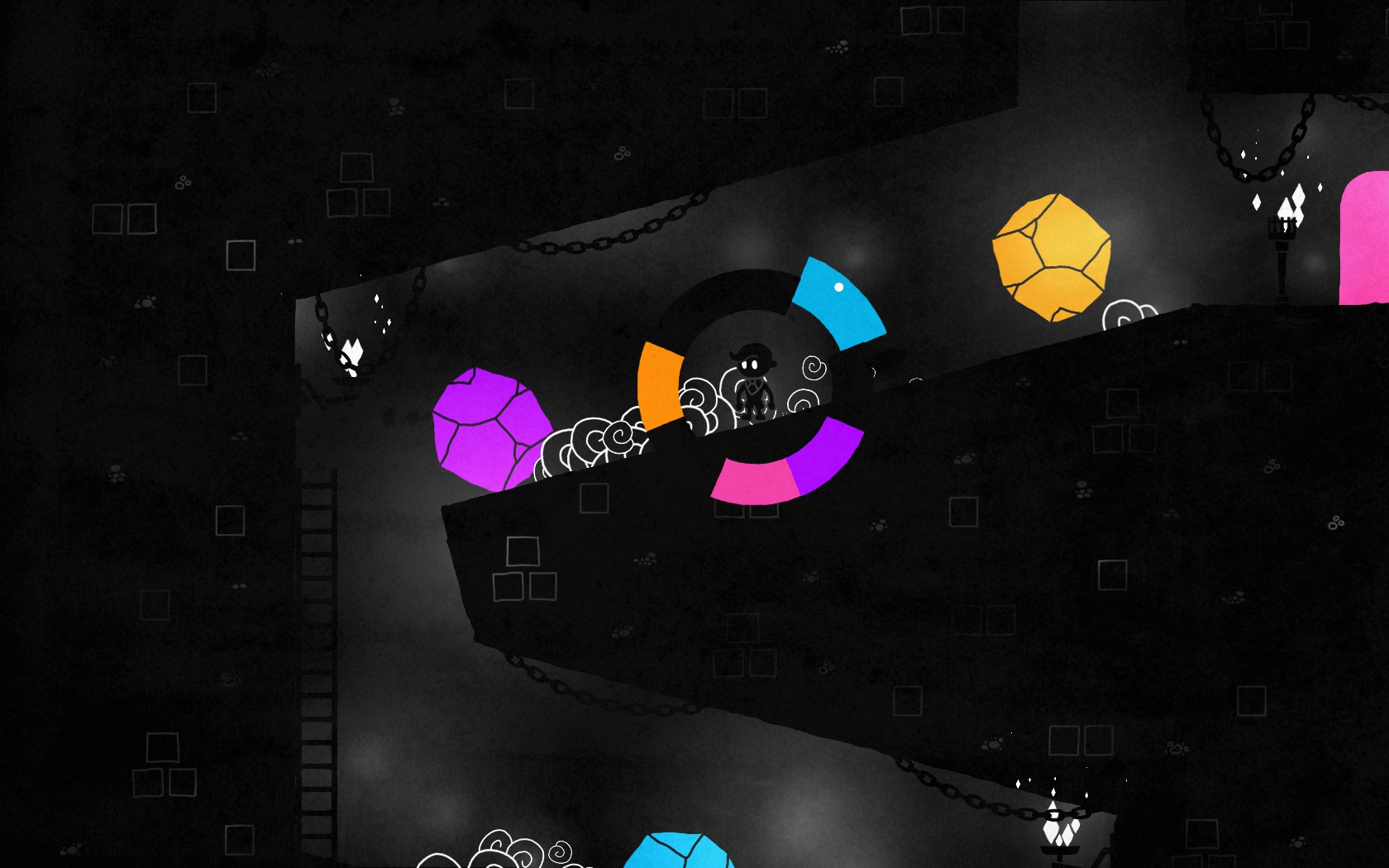 From what I’ve played so far, the game is well paced and does a great job of showing rather than telling you how to use its mechanics. I noticed pretty early on that you can’t swap colors while standing inside a colored object — this means that if you accidentally dissipate the floor you’re standing on, you can’t swap back to save yourself. Fortunately, the autosave system is pretty forgiving, starting you at the beginning of the current room if you die. You can also leave a room and re-enter it to restart a puzzle if you somehow get yourself stuck.

Hue is pretty straightforward at first, but observant players will notice that there are pathways blocked off by colors you may not have access to yet, inviting a return visit. Frequently these pathways will hide secret potion-shaped collectibles, but I haven’t yet found out what purpose these serve other than bragging rights. 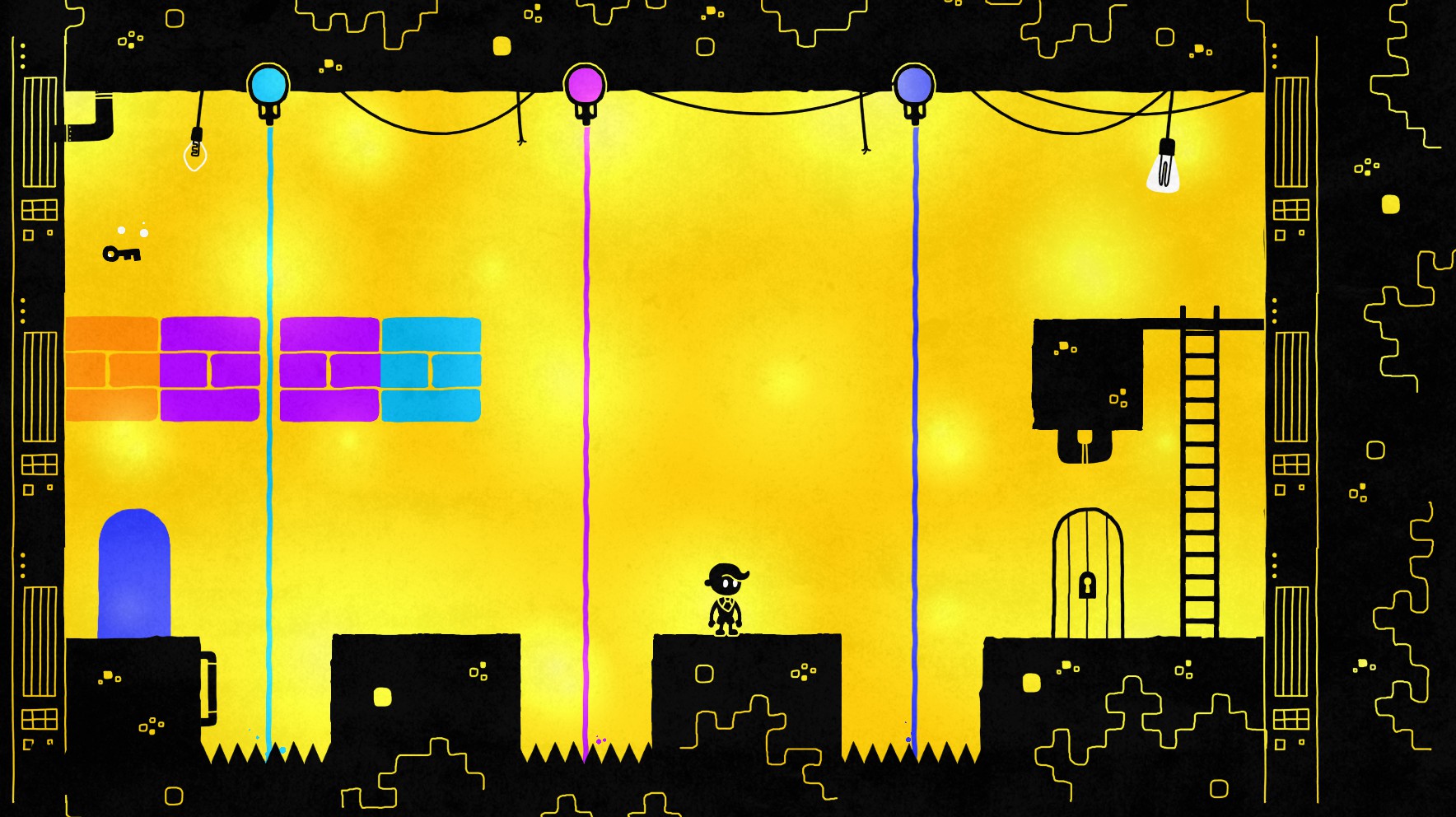 One complaint I do have about Hue is that a couple of the colors’ shades are a little too close together. I sometimes have a hard time distinguishing whether a given obstacle is meant to be pink or the fuchsia shade that’s used for purple. It’s not usually a big deal, but I did die a few times when I picked the wrong one. Same thing with the game’s yellow and green shades. Hue does offer a colorblind mode, so I may give that a try and see if it makes a difference.

The developer, Fiddlesticks, recently pushed the release back a week to August 30 for the PC and console versions, and said that the Vita version would be coming a little later in September. The PS4 and Vita versions will have Cross-Buy functionality, and this seems like it’d be a great fit for a mobile device. I’ve enjoyed the time I put into Hue so far, and I’m looking forward to getting back and finishing it up.

[This preview is based on a preview build of the game provided by the publisher.]