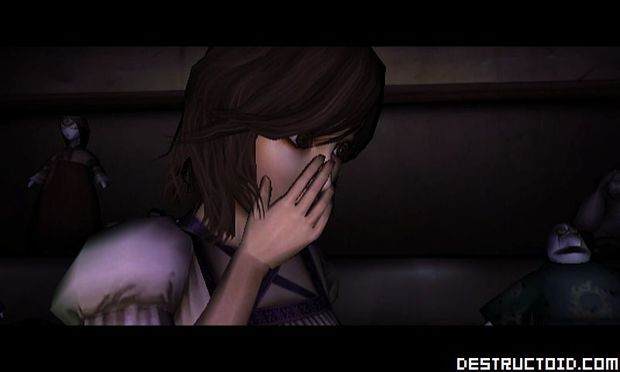 Hudson has announced that its upcoming survival horror Wii-exclusive, Calling, has gone gold. That means that the game’s scheduled ship date March 9 is locked, and you’ll want to sock away $39.99 to pick it up.

Our own Jim Sterling had an early look at the game recently, and although he didn’t let on, it scared the piss out of him. Like, straight up scared him until he wet his pants. Dealing with a crying, frightened Jim Sterling is not in my job description, but someone had to calm him down so he could get his preview finished. (Yes, I held him close.)

Check out these new screens, which show of the game’s revolutionary “nose rubbing” game mechanic.