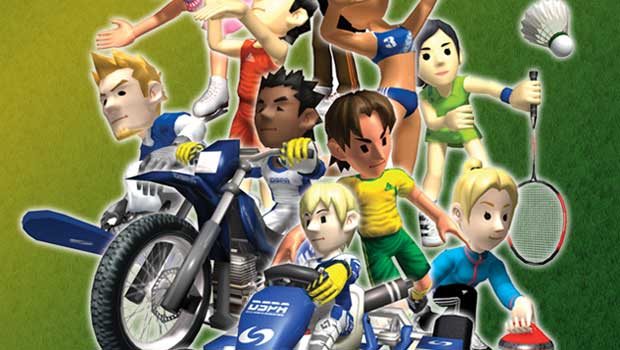 Deca Sports, Hudson’s answer to the popularity of Wii Sports, is coming to the Nintendo DS in 2010.

Like the Wii titles, the game will feature a variety of activities, including: arm wrestling, bobsled, ruby, cheerleading, sky diving, and sepak takraw. In case you’re wondering what in the hell “sepak takraw” is (I was, too), Wikipedia tells us it’s like vollyeball with your feet. In Australia, they call it “footnis,” which sounds like something that you should call your podiatrist about, buddy.

Deca Sports and its forthcoming sequel make sense for the Wii, with its motion controls getting players into the physical action of the sports. So why a DS version? Uh, because people bought many copies of the Wii version of course. Lots of them.

Deca Sports DS will be available next spring.