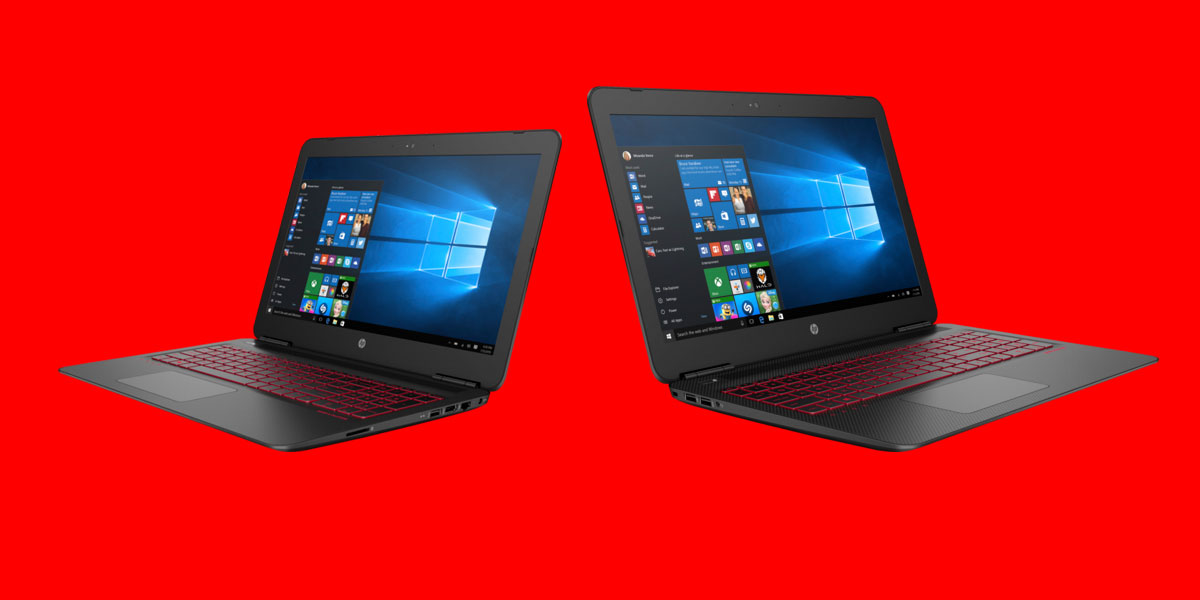 In with the new, out with the old this weekend at HP.com as the computer manufacturer looks to clear out some of its older HP Omen gaming laptops. Both the 15-inch and 17-inch models are on sale, and select models are at their cheapest ever price which makes for a strong argument for those looking for a new gaming laptop.

Update 11/26/17: Since people are finding this for Cyber Monday, we’ve updated prices below on the three models during this 1-day only sale. No coupon required.

For those not keeping up with gaming laptops, in particular, HP’s Omen lineup, the current three deals listed above are mid-2016 models. HP recently introduced new late-2017 models with a more striking design (compared to the previous model which is more tempered in nature), though as far as we can tell the hardware options aren’t all that different: you’ll have the same GeForce GTX 1060, GTX 1050, and Intel Core i7 Kaby Lake options.

Above, you’ll find one 15-inch model in the HP Omen 15t and two HP Omen 17t. All of them are equipped with the latest generation Intel Core i7-770HQ 2.8Ghz processor and paired with a minimum of a GeForce GTX 1050, so you’ll be able to play all modern games without much issue.

The prices on all three models are significantly better than what they were just two months ago in our last roundup of Omen computer deals. For those who recall or are tracking gaming laptop prices, each of the deals above are at least $150 more in pricing.

The top-end model with a discount comes in the form of the HP Omen 17t and is priced at $1,124.99 after using the 25% off coupon code listed above. This gets you a mid-range GeForce GTX 1060 instead of the 1050 and you’ll also receive more RAM, storage, and a combo SSD setup. Overall all the 2017 Omen laptops were well-reviewed at their list price, so when you factor in the 20% to 25% off discount, you’re looking at a decent pricing strategy as HP clears out old inventory for new models.

The coupon codes will run through tomorrow, September 30. If you’re not in a rush, we think HP will very likely discount these machines one final time as we run up to the holiday season.