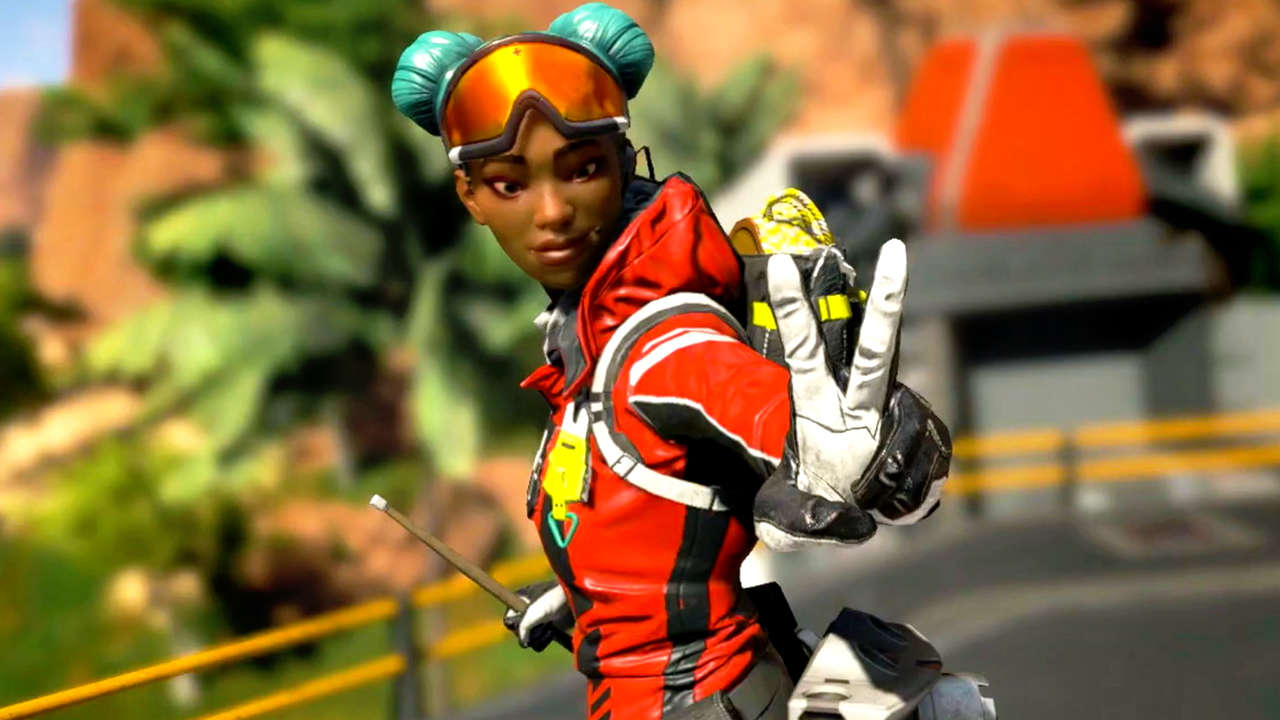 Tetris was supposed to be a joke, not a challenge

With Fortnite basically dominating the battle royale for so long and overshadowing most competition, I was convinced it’d only go down alongside the battle royale genre as a whole. But Apex Legends garnering 25 million players in the course of a couple days is no small feat when so many other games attempting the same became footnotes in history and YouTube videos studying failure. And the success Apex Legends is getting is even more surprising when the we got the one-two blow that Titanfall 3 was not in development due to Respawn focusing on Apex Legends. Despite all that, this game is moving through its success at a very hearty pace.

I still think Apex Legends’ success if an amazing feat because Titanfall is such an esteemed game from Respawn Entertainment. And despite that love, it’s easy to see why that a battle royale was created rather than a direct sequel. Battle royale titles are hot right now after all. Even with Respawn’s polish on Apex Legends in a genre populated by games with awfully janky controls, there isn’t a whole lot that makes sense to say this game takes place in the Titanfall universe. There’s no wall-running, no Titans, and has the conflict even been mentioned in the lore?

So more then how are you liking Apex Legends, what are your thoughts not just on it but on the battle royale fad that’s taken the world by storm? For my part, it’s not as if it’s the first fad we’ve ever experienced. Remember how Mortal Kombat and Tattoo Warriors sprouted out of Street Fighter II‘s shadow? Or how there was a deluge in grey, gritty shooters after Call of Duty 4?

When the time comes when a new fad arrives to catch everyone’s attention, I suspect battle royale won’t just stop being a thing. After all, League of Legends didn’t shut down just because there hasn’t been big news about the moba genre. Even Tetris 99 is a thing now, so it’s better to stop thinking of battle royale as a huge embarrassment and embrace that it is another reason why people like to play games so much.

Dango is a textbook answer as to why I haven’t gotten into battle royale:

I haven’t played AL, but I’m not hot on battle royale games. For my limited time with Fortnite, I spent way less time playing the game itself compared to any other multiplayer game. The one life thing just means that matches are over super quick for me, before I even manage to get into them, and most of the time until then is spent running away from a wall. It got old, and I’m not sure what makes people stick around.

LimoMaker is good at it, so that’s all that matters in the long run:

Apex is just another Battle Royale game. It’s the best one out there for sure, with the best combat, tightest gunplay and fastest movement… But it lacks a defining feature to make it even better.

Flanx doesn’t think it’s “epic” so I have to remind him Epic makes Fortnite:

I never played a BR before and I had good fun holding back Limo and Malthy last night. I got 3 kills in the first game…then 1 kill for the next 8. I think that makes me a professional :^)

I don’t get it though, it doesn’t feel anywhere near as epic as what the ads or other people make it out to be. Maybe you have to be good to feel the thrill. It’s fun but it’s not hype imo

I had no idea it was Attrition Legends, CelicaCrazed:

I still wish it was Attrition Legends.

I’ve been enjoying it more than I’ve given it credit. It controls well, the ping system is great, I like sliding around and zip-lining. Also helps that the more I play it, the more it’s feeling like it’s own thing and not just “not-Titanfall 3“. The only other battle royale I’ve played is Fortnite and I definitely like Apex Legends more, but the mode is still not my cup of tea.

People in the game need to fucking chill too.

Gamemaniac has a whole blog about what’s happening, so check that out:

Its announcement coincided with the announcement that Titanfall 3 isn’t even being worked on, and Titanfall 3 was strangled in early development to make this. So I have a pretty negative opinion of its existence and I don’t plan on playing it, which I’ll probably expand on soon enough. Glad its doing well, glad people like it, and Im sure for what it is its fine but I’m not touching it.

As for BR generally, I don’t find it overly appealing as of now.

Seymour has been left pretty smitten by the game:

This combination of a hero shooter and BR is what makes it a winner winner chicken dinner, I think.

That, and it is good.

I watched a friend play some of it last night and I was enthralled just watching. Watching a full match of a battle royale game!

The map looks kind of looks like someone went and took a Forge Mode to the second level of Halo: CE, but that’s okay.

Also, I would like to thank Overwatch and its propaganda machine. So far, I’m just calling all the heroes “Ah! There’s Not Bastion. Not Mei’s pretty cute as well. But, Not Zarya even further complicates things. Hmmm…”.

Haven’t played it. Battle Royale just doesn’t click for me.

I will say that I’m offended they even say it takes place in the Titanfall universe. Without Titans or Parkour, it has absolutely nothing to do with Titanfall as far as I’m concerned.

I agree with TurboKill, maximizing communication while minimizing human contact is an incredible innovation:

I just won a BR game for the first time ever. 11/10, greatest Battle royale ever made.

But in all seriousness, I have a feeling that pinging will be a feature that will go on to be used in many shooters to come. Or at least, I really hope so. Pinging is probably going to be seen as this game’s greatest contribution to shooters. Sure, Battlefield already had something similar, but this game takes it to the next lever. People who hate talking on mics, like myself, appreciate it.

While I’m disappointed it’s not Titanfall 3, perhaps they’ll be more inclined to work on that and finally get Titanfall the attention it deserves.

Rasori‘s position is easy to understand:

MajinRotty sees the profit for what it is:

The lack of marketing for it was probably a wise decision, but for all the wrong reasons. I mean it’s basically EA and Respawn admitting they felt too ashamed to expose that they’re just trend-chasing the latest cash cow at the expense of an actual passion project like Titanfall 3. They knew it was indefensible. Maybe it did still turn out to be a good game at the end of the day, but I’m just tired of the major publishers being driven so brazenly by greed over art seemingly without any attempt at striking a proper balance. I understand that business is business, but can we please find a reasonable middle ground and draw the line somewhere? Not every game needs to be a live service. Not every game needs to be open world. Not every game needs to be Battle Royale.

DRUbio had a whole lot to say on the subject:

The amount of small subtle innovations done on this game by Respawn will carry on to other games in the future, at least I hope so. There’s nothing HUGE that is particularly new with this game but its UI and features are on a high level of polish. Tagging is a mechanic that should be seen in a lot of other games around, it helps people who are shy and people whose first language isn’t English, therefor making it pretty accessible to everyone. American and mostly first world countries don’t understand why squad based shooters that depend on communication aren’t as popular everywhere else in the world, this is one of those reasons. Second subtle innovation in the BR genre… level design. I haven’t seen a better designed map since Halo 1, the level is designed to fit all of the special abilities your characters have and it is designed in such a way that people end up being funneled into battles so they don’t camp so much and actual combat skill is rewarded. Third subtle innovation… its release.

I hope more games follow this trend of shipping a complete and functional game out of the blue… “hey, we’re with EA, its a BR F2P game with loot boxes and it is not what you expected from us… but hey, give it a shot, its available now”. THEY DELIVER. There’s also something to be said about their budget management. This game was clearly done with a VERY limited budget, almost the same as a AA game and not a AAA. No budget spent on marketing other than spending some money on paying some streamers (and then having a snowball effect on smaller streamers). Other than that I have to mention how they addressed most of the pain points of the genre, making it a fresh experience.

Same as I think of competitive shooters in general:

And that’s about it from the community comments. So how are you enjoying Apex Legends? Do you agree that pinging is lowkey a big deal? Are getting the most out of sliding down hills? And if Tetris 99 now exists, then what’s next for the genre? Rhythm-action battle royale?