The Super Mario series turns 35 this September, so chances are that if you read this game blog, the franchise has been in your life for as long as you remember. I’m old enough to recall the first time I played the original game. I was 10 years old, and it was at a demo kiosk in Toys R Us. I’ll forever associate the series with that point in my childhood.

Of course, I’ve grown up a lot since then, and so has Nintendo. When they first started releasing their own home consoles, their sole focus was catering to children, but now that many of those ’80s kids have kids (or even grandkids) of their own, they’ve branched out to create games that appeal to all ages. That sometimes means throwing in a cheeky reference now and again, intended for adults to understand but kids to avoid or ignore.

There is just such a reference in a recently released Nintendo game, and the only thing I found surprising about it was fans’ reactions. Specifically, a lot of fans denied that there was anything sexual about it, seemingly unwilling to admit to themselves that yes, sometimes Nintendo does dick jokes. I’m not going to spoil it here, because it’s actually related to one of the quiz questions below, but please, if you were one of the folks who doesn’t believe that Nintendo ever gets “inappropriate,” you have a lot to learn. With any luck, this fun quiz will teach you a thing or two about the birdos and the bees. 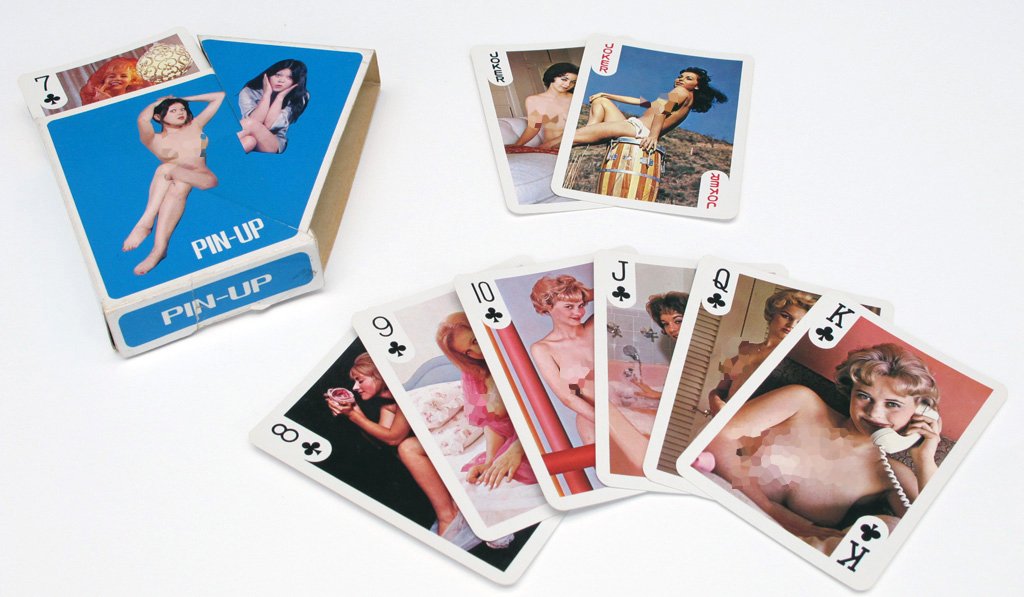 How this quiz works: To keep it simple, all answers will be true or false. We’ll black them out with anti-spoiler text. Select the text to reveal the secrets that lie beneath!

1) Nintendo once created a set of playing cards that featured topless women.

True! Nintendo got its start making cards, many of which were popular with the Yakuza and other criminals. They also dabbled in running at least one “Love Hotel” for sex workers and printing a set of playing cards that featured topless women (link NSFW). There’s even a report that one of these topless sets featured Marilyn Monroe, but I wasn’t able to find proof.

2) One of the endings in F-Zero GX features a character taking medications that are implied to be for erectile dysfunction.

False! F-Zero GX has a lot of weird endings, with Mr. EAD’s being one of my personal favorites, but as far as I know, none of them imply anything about erectile dysfunction. Keep in mind though that the game came out a few years before the big Viagra boom. Things may have been different if it were released for the first time today. 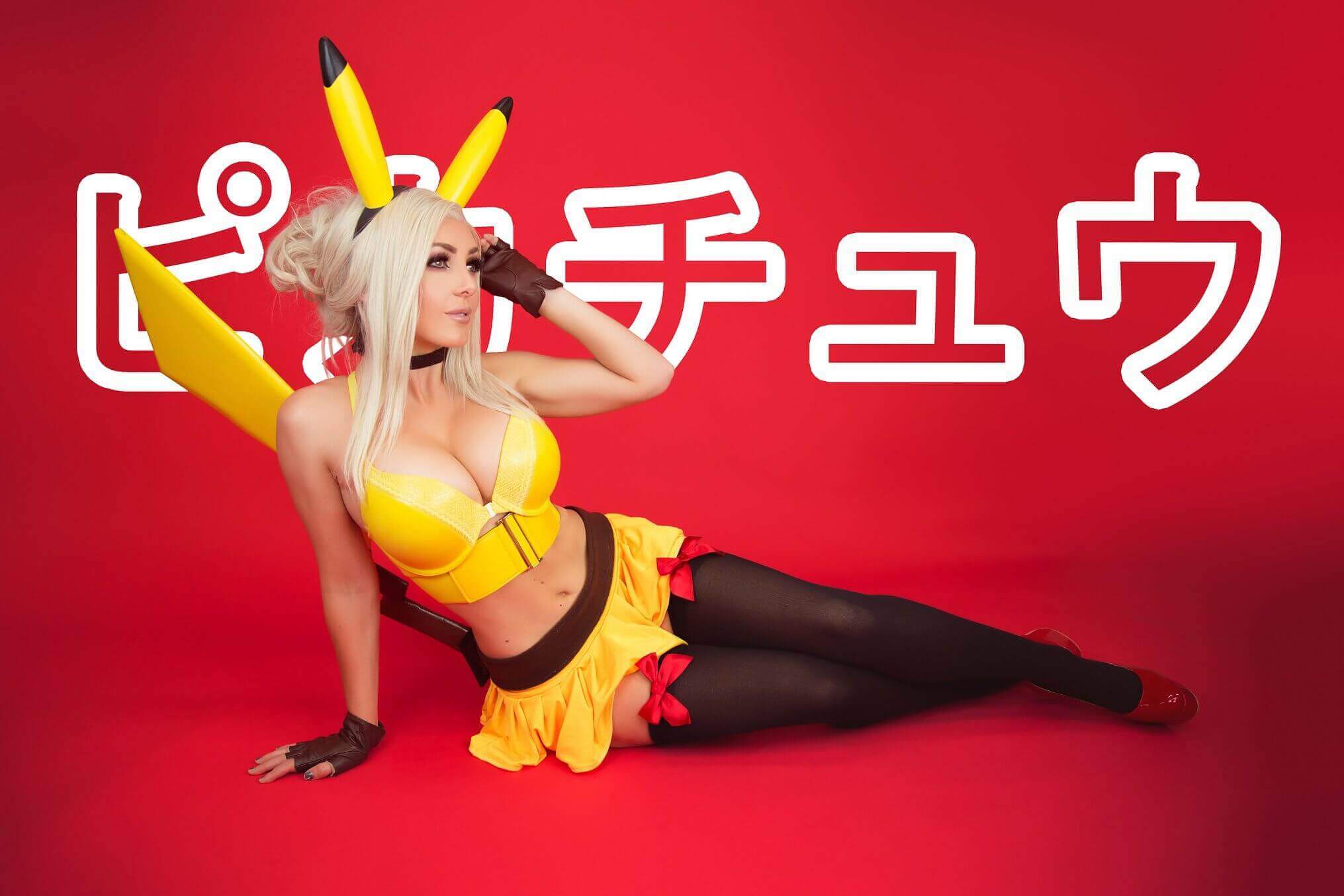 3) Before the first Pokémon games were released in the US, Nintendo of America suggested that Pikachu be redesigned to be a “tiger with huge breasts…like a character from the musical Cats.”

True! It may seem ridiculous now, but before Pokémon took the world by storm, there was no evidence that a monster-catching JRPG would be a hit outside of Japan, so you almost can’t blame Nintendo of America for thinking there series needed a little spice in order to sell. It’s almost like they saw 20 years into the future, in a world where furries are more mainstream than ever, and entire modeling careers are based on the premise of being a chesty electric mouse.

4) The new Paper Mario featured an object that may or may not be a penis reference.

True! This is the one that inspired me to write this whole darn quiz. Though there’s no solid consensus among fans, this object in the new Paper Mario looks a lot like a sex toy to me, and the fact that it’s #69 in the catalog is just the “icing” on the cake. Maybe someday Nintendo will confirm or deny its inspiration, but I highly doubt it.

5) There’s a side mission in The Legend of Zelda: Skyward Sword where, in order to make a shop girl happy, you give her some lingerie.

False! There’s a fair amount of innuendo in some of Skyward Sword‘s subplots, with at least one shop girl who is clearly in love with Link, but getting her sexy underwear isn’t the way to satisfy her. Instead, you just lead her on until she gives you gratitude crystals, or if you’re feeling cold, break her heart, which in turn scores you gratitude crystals from her shot-blocking Dad.

6) Nintendo once published a game about suicide and half-naked teen girls that’s planned to be adapted for a Hollywood film.

True! Not to spoil it, but Fatal Frame V: Maiden of Black Water is without a doubt one of the most “mature” games Nintendo ever published. Though the sexual content was slightly toned down for Western audiences, it’s still packed with boob physics, revealing unlockable costumes, and even a side story starring Ayane from the notoriously horny Dead or Alive series. It’s also about ghosts of people who committed suicide, with many of the game’s biggest scares coming from the sight of apparitions reliving their self-inflicted deaths. There’s still a free demo for download on the Wii U if you want to see for yourself.

As for the Hollywood movie, it was announced on the same day as Fatal Frame V, but it still hasn’t materialized. The last we heard, Silent Hill movie director Christopher Gans was attached to the project, so we’ll see if and when anything comes of it. 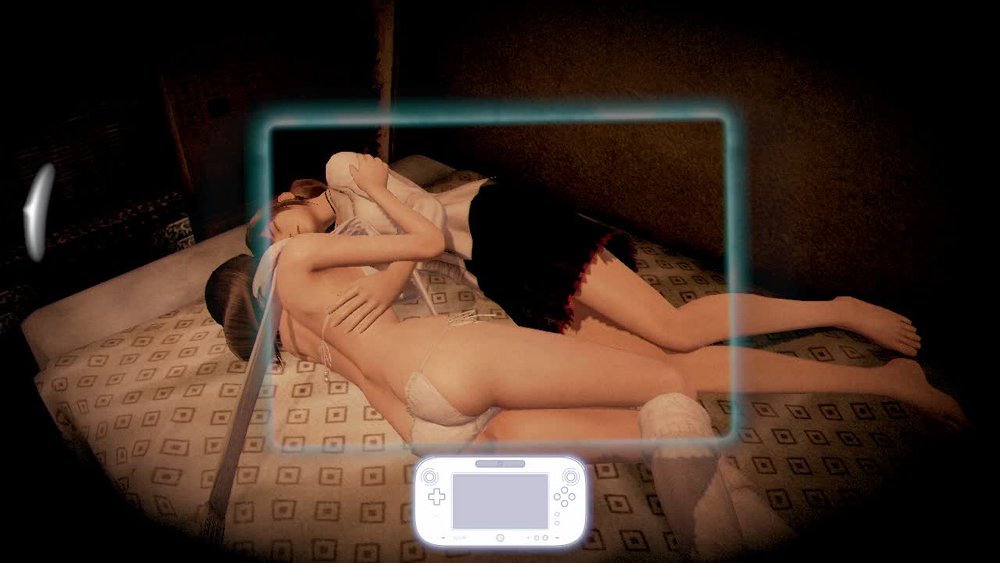 7) In the original Animal Crossing on GameCube, one of the default nicknames given to the player by villagers is “Sexy Beast.”

False! The original Animal Crossing was definitely more outlandish and potentially offensive than the current games, with villagers that will call you a psycho, an idiot, a “freak mental case,” or even a cheap-no-fruit-buying-bum, but none of them call you a Sexy Beast (unless you teach them to).

8) Mario once tried to seduce a woman who was named after a large fish.

True! In the highly divisive Super Mario Bros. movie, there is a scene where Mario attempts to use his sexual magnetism to trick a woman named Big Bertha (named after the giant fish monster from Mario 3) into giving him a necklace. At first she just punches him in the face, but later they get pretty dirty on the dance floor before Mario hightails it out of there with the goods. 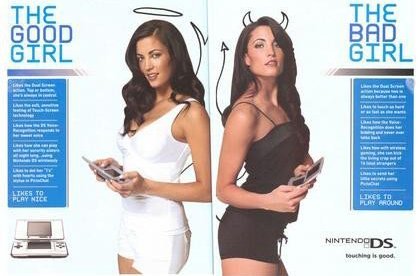 9) One of the mainstays of the Legend of Zelda series once hired a man to build a bridge for him before repeatedly thrusting his pelvis into the air.

True! In one of the most gachimuchi moments in Zelda history, Tingle uses his hard-earned rupees in Freshly Picked Rosy-Rupeeland to pay a family of construction workers to build bridges for them. They are an extremely suggestive group, known to present their bulges to the player in a completely unapologetic way. Every member of the family looks more or less the same, which wouldn’t be unsurprising if it weren’t for the fact that Duko, the third of the bunch, is actually a woman. This makes her one of Nintendo’s most boldly gender-nonconforming characters.  While it’s not exactly great representation, it’s at least better than this stigmatizing N64 commercial that Nintendo put out a few years earlier.

10) Before the ESRB existed, Nintendo published a romance sim on the Famicom that ended with a woman inviting you to her bed for sex.

False! Nintendo did publish an interesting romance sim on the Famicom that, depending on which ending you got, could earn you a real-life VHS tape of a popular idol telling you how much she cares about you, but all of the actual sex games on the console were published by third parties. 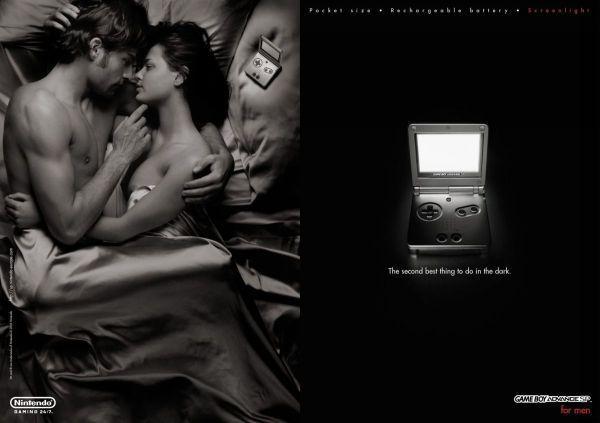 11) In Advance Wars: Dual Strike, there is an unlockable gallery picture of leading character Rachel in a sexy bathing suit, but the bottom was censored in Western release.

False! There is in fact a slightly more revealing outfit for Rachel in the game, but it’s nothing that could qualify as a swimsuit. Intelligent Systems, developers of the Advance Wars series, would save that trick for a few years later. Fire Emblem: Awakenings, a game from the same team, does in fact feature a censored bikini butt, though many agree that Nintendo’s attempts to cover that particular derriere only worked to make it more eye-catching.

12) In Zangeki No Reginleiv, a game rated Cero-D (Japan’s equivalent to the ESRB’s M rating), there is a boss fight against an ogre who is completely nude.

False! This was Nintendo’s first Cero-D rated game, but it wasn’t for nudity. Developed by the creators of the Earth Defense Force series, Zangeki No Reiginleiv is extremely gory. It’s about a world that’s invaded by various characters from Norse mythology, and using real motion controls, you can cut off their limbs in a bloody display of over-the-top violence.

True! Captain Rainbow, a game that mixes Smash Bros., Chibi-Robo, and Rudolf the Rednosed Reindeer‘s island of misfit toys into one weird bag of fun, features a storyline that delves deep into Birdo’s struggle with gender. While it’s played for laughs, the story is actually pretty intense, with the Mario boss being imprisoned by a robo cop for using a woman’s bathroom. The cop coded them as male, so he put them in jail, and it’s up to you to prove they are a woman by finding their sex toy and using it as evidence to prove their gender. And it works!

1-4 correct: Peachfuzz under the armpits

13 correct: You’ve seen too much

Score better or worse than you thought you would? Got your own sexual Nintendo trivia to share? Let us know in the comments.