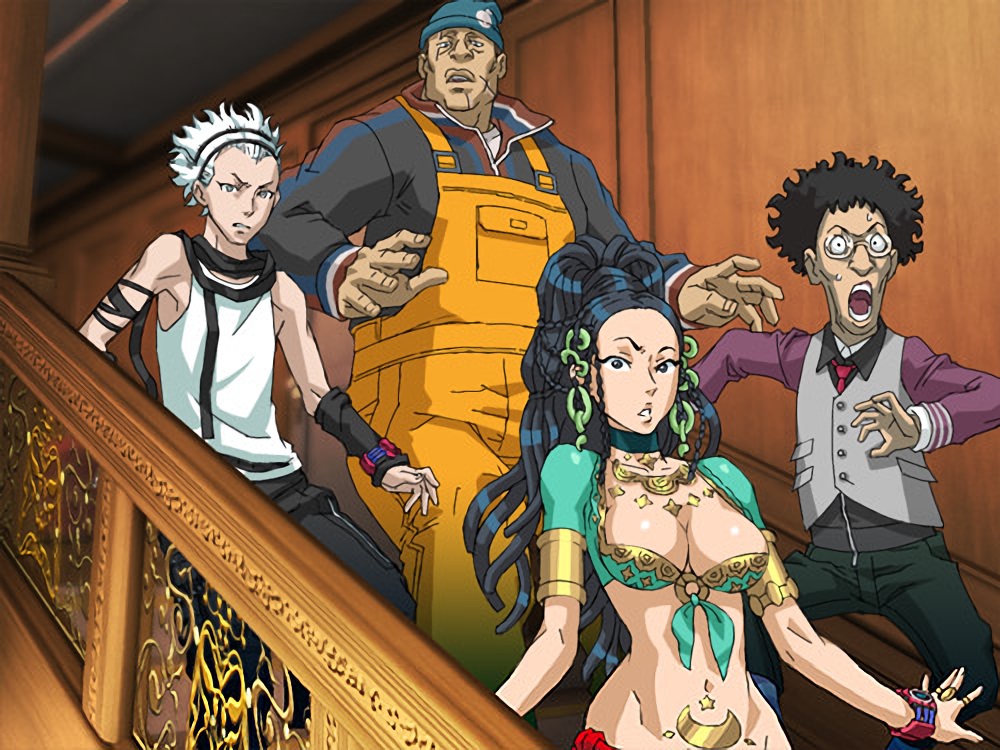 Time is running out on my patience with bloated narrative

Last weekend, I finally finished my playthrough of all six endings to 999: Nine Hours, Nine Persons, Nine Doors, as part of the PS4 Nonary Games collection. Hopping backwards and forwards to piece together a coherent story and find out why Junpei and co are trapped in this massive building was riveting, and despite being busy during the week, it still only took me two weekends to check out all dialogue and all possible finales to the story. And I think I feel confident in saying it is one of my favourite puzzle/VN games, surpassing titles such as Apollo Justice: Ace Attorney and almost bumping Steins;Gate from the top spot.

I’ve been considering, as I get started with Virtue’s Last Reward, why I was so taken with the story of 999. It seemed refreshing and special to me, unfolding in a way I had rarely experienced with games in both of the genres it straddles. I have heard opinions to the contrary, but I felt that the story was a neat little package, devoid of extra frills and story beats that detracted from the central purpose of discovering why they were all there and escaping the building. It was lean. It cut the crap.

Honestly, I feel like a lot of VNs lately could gain from cutting the crap. My very recent experience of trying to slog through Chaos;Child is a stark contrast. And as much as I love Danganronpa, Spike Chunsoft’s sister mystery novel series, I could see some areas where it also fell foul of bombarding me with information that did nothing to endear me to the story.

Organically finding out about characters’ backstories

I feel like games sometimes have an oversharing problem. Especially when you have a cast of thousands (or rather, a cast of a dozen in these mystery gameshow sort of games), providing thorough backgrounds to each character seems like an easy way to build player investment in the action more. But this can be a fallacy. At least, I felt that 999 proved it can be a fallacy.

In 999, you wake up in a room with not very much idea of how you got there and why you are trapped. After escaping, you meet up with a group of eight fellow captors, exchange code names and are very swiftly on your way to work out the labyrinth of doors in the ship you’ve been trapped in. That’s almost it. Sure, your name accidentally gets leaked by a childhood friend who is also trapped in the building, and some of the more story-relevant traits of the characters are revealed, such as one character being able to read Braille. But we go charging into a game of death without knowing much at all about the characters.

You would think that that would be a terrible idea, because without any reason to care for the characters, why would you give a monkey’s about the outcome of the game? But actually, it’s better not to know in this case. The entire reason the characters give each other code names is to distance themselves from each other and get the job done, rather than trying to find personal grievances that could cause the team to fall apart. All that matters is pairing up to solve puzzles and teamwork, and opening up more might cause infighting, the inability of people to pair up as they have to in order to pass through doors, and nobody escaping the ship. Virtue’s Last Reward delves deeper into this idea of teamwork being better than playing selfishly, with its entire basis being the prisoner’s dilemma.

OK, so not all VNs have the same basis of being trapped in a room with apparent strangers, you might say. So it makes no sense to apply this theory to other games, right? Well, that depends. It has made me reflect on games I’ve played in the past, and made me wonder what purpose the information divulged at an early stage really served. 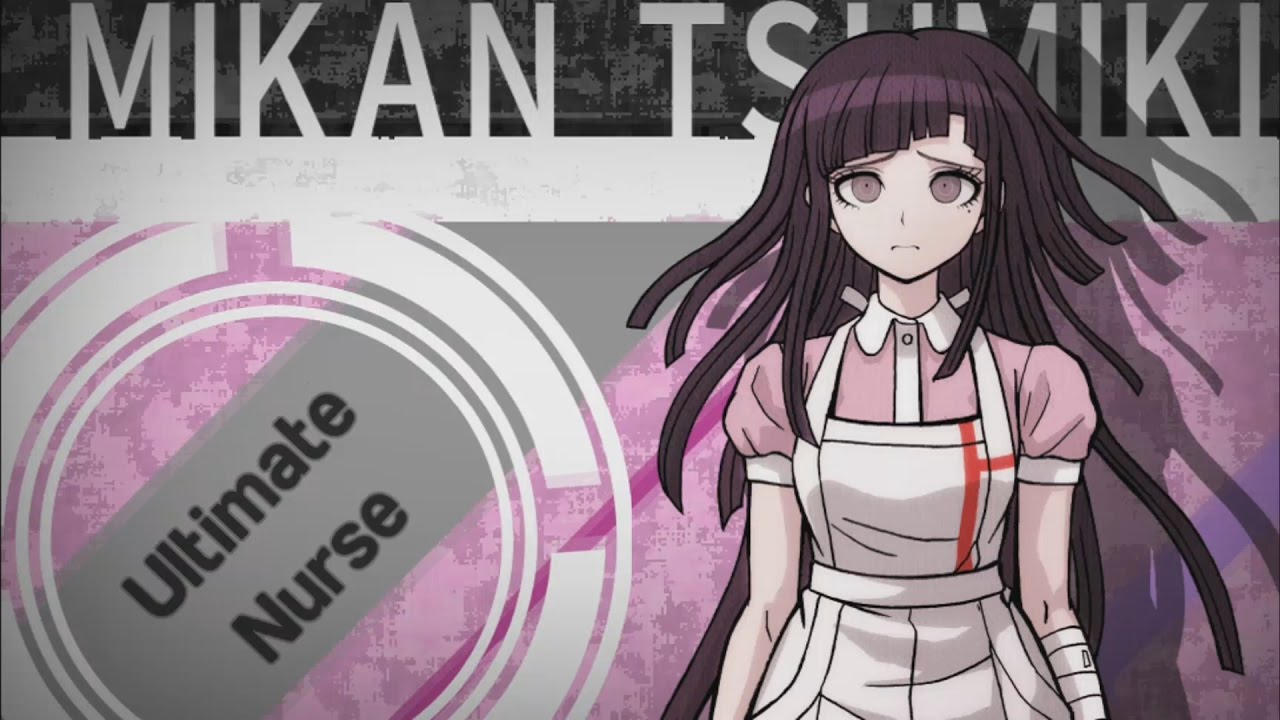 I had thought the nurse in Danganronpa 2: Goodbye Despair being depicted early on as an oversexualised klutz might be a ploy to make me let my guard down and not suspect her as a potential murderer. It turned out, though, that her homicidal actions were motivated by madness, rather than malice, so did I really need this (quite heavy-handed) character window-dressing? Sure, Lotus in 999 is set up to be a different character to what you would stereotypically expect, but a lot of that is done by visuals or dialogue that pushes forward the core story. It is not conveyed through lengthy asides that just waters down the experience and removes focus from what we’re here for.

With my current games bugbear Chaos;Child, there is no similar setup of people being trapped and having to collaborate to escape; there are a series of murders going on, but the characters have more freedom to move. In typical VN style, it puts a fair amount of effort into setting up the characters and their motivations – possibly less than the average VN, since it is a successor to Chaos;Head. But dozens of hours in, I am struggling to see where that extra information is taking me any time soon. What’s more, as I’ll discuss below, the release of information is executed in such a way that it does not give me anyone to root for, which is an even worse crime, in my opinion.

Supplementary character information has to set the right mood

The careful and considered release of information in 999 is implemented to endear you to characters just at the right times. Taking the example of Lotus above, you grow to understand her motives and her unique background at times they are influential to the plot, and not a moment before. In the run-up to this, she seems quite hostile, and this is used to build up mistrust of that character. But that is completely fine in this context! The Nonary Games determine who lives and who dies, so trust has to be earned. And in a scenario in which you are trapped in a mysterious location with complete strangers, the default has to be mistrust.

The trap I think Danganronpa 2 fell into at times was not following in the footsteps of 999 regarding mistrust. When you wake up on the island, you find out that the fellow captives are your classmates. But you are still meeting them for the first time, since you were kidnapped on your first day of school. You have no particular reason to bond with these people beyond what is necessary to get off the island, so defaulting the focus to building relationships and giving gifts to your “friends” feels tonally off. What’s more, the game goes a long way to making all characters seem quirky and loveable at the beginning. But the player knows that some of them have to snap and reveal an ugly personality. It’s almost the law that a few people in a group reveal themselves as evil or psychopathic in a game where the characters are encouraged to murder each other to escape.

Of course, there is the other argument that you need some reason to care about these characters, or you would want the protagonist to methodically pick off all of his acquaintances without a moment to spare. Maybe that is true, and the reason I wouldn’t want that myself is that I default to picking the benevolent options in pretty much any game I play. And when I played Danganronpa 2 a couple of years ago, I simply skipped past all the social networking optional stuff, and the overt kookiness of the characters was not a massive sticking point. I just wonder how necessary it all is and whether the fat could have been trimmed a bit.

In contrast, with Chaos;Child, I feel like this extra character exposition was quite poorly handled, instead of just being a bit unnecessary. It is a game that sets you up to hate your own protagonist. Steins;Gate did something similar, with depicting your main character as adopting a secondary mad scientist persona, but he had other, more grounded characters to play off (and besides, I actually preferred the portrayal of the protagonist in Steins;Gate 0, where he drops the evil genius act due to suffering from PTSD). 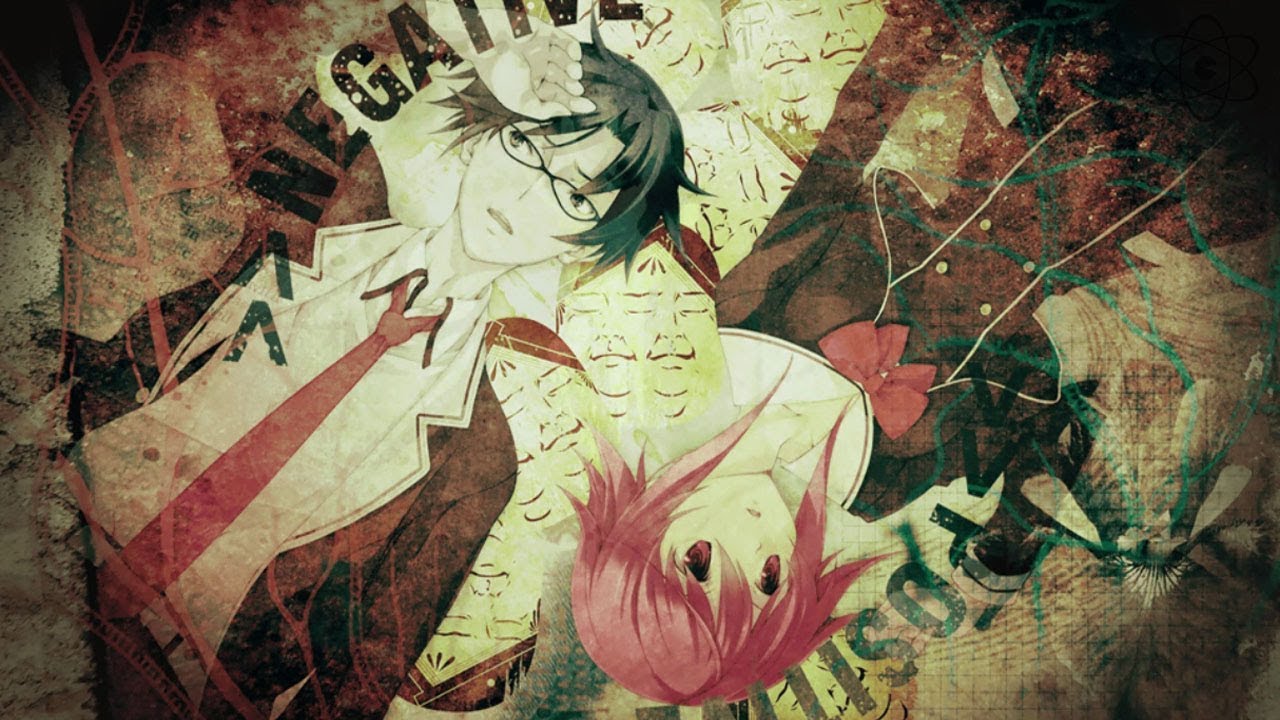 In Chaos;Child, your character is not only an overblown parody of a tech hipster, who hates anyone who flirts with normality, but has pushed away society to the extent that he is living in a caravan in a park by choice. He has rejected his family, for reasons that become more understandable over time. But for a long time, he is shown as a bitter, quite horrible young man who you have no real reason to want to root for. Even the main game mechanic of manipulating the protagonist’s daydreams (it turns out to be a bit more than that, but SPOILERS) just paints him as a more hateful person with twisted thoughts: almost a serial killer in the making. The supporting cast give him nothing to bounce off, either, since they are made up of overblown anime tropes, milquetoast perverts, nagging older sister types or yandere companions. It does get better, but you have a long wait for it to get better – about ten in-game hours.

If you’re going to include that much set dressing, please give your players something to hang on to at the very least. The narrative of Chaos;Child almost resists player investment, making it a frustrating game to play.

In conclusion, I think in an era of VN lengths easily hitting 20–30 hours, there needs to be a reminder that the story is king, and character exposition is not automatically a story. It is tempting to believe that fleshing out the characters in full automatically does a service to the story. But if you’re not careful, or you flesh them out in a way that makes the cast unlikeable, it can do the game a disservice and discourage people from striving on and engaging with the main plot.

I know that if Spike Chunsoft had gone the whole hog with depicting Clover in 999 as some sort of peppy high-school cheerleader, I would have dropped the game like a shot. Its subtler approach and focus on each character’s unique intelligence – even the purported “stupid” character – made sure focus was never lost on the ultimate reason I was playing the game: to escape the ship and find out why the Nonary Games existed in the first place. It’s toned, precise and imparts information just when you need it.

In short, I don’t need to know what your characters had for lunch or the colour of their underwear or the cute pets they left behind. But if you do tell me what they feasted on, make it some sort of café meal where the other characters joined in and had a nice chat about their Scooby gang escapades, rather than a solitary, pointless Pot Noodle while sat on a caravan park.

Have you experienced any bloated video game narrative lately? Do you like plenty of extra information on characters, or do you also think it can detract and distract from the rest of the story? Let me know in the comments down below!