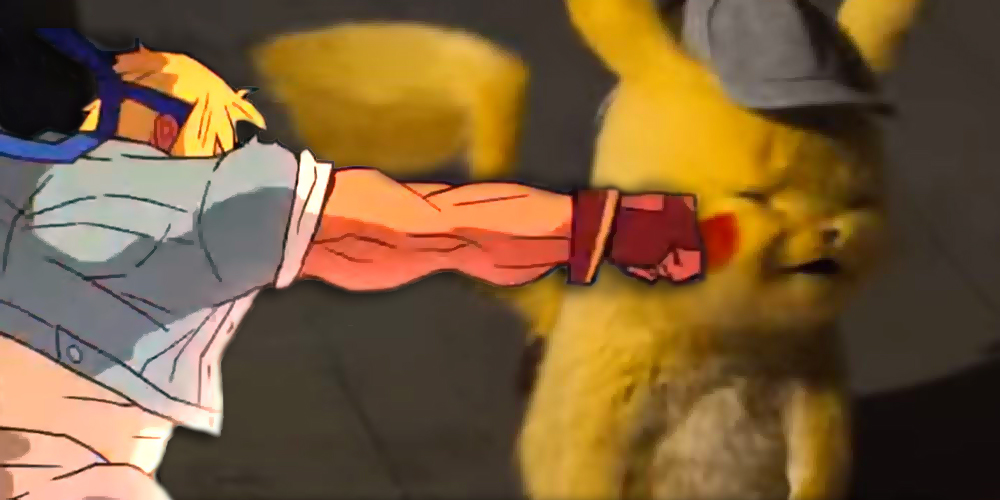 From Legacy of Kain to Detective Pikachu

We live in a time when most people forty years old and younger were brought up adoring media that was designed to function as toy commercials, childhood companions, and near-religious texts at the same time. When I saw Michael Bay’s Transformers movie in theaters all those years ago, I felt like I was seeing a lifelong friend who I revered with almost holy levels of affection “transformed” into a crass series of explosions, butts, and exploding butts. It is still the worst time I have ever had in a movie theater. Any enjoyment I may have derived from the mindless popcorn charms of the film was destroyed by my own expectations.

This is the story of a whole generation of kids, now in early or mid adulthood, seeing the faces of brands they’d grown to love changed into something else. The Lion King, Pokemon, Thundercats, Mario, She-Ra, and Sonic are just a handful of other 20-year-old-plus franchises that have just received, or are about to receive, total make-overs that may be appealing to new audiences, but have left at some prior fans cold. It doesn’t have to be that way though. It’s possible to make everyone happy. Dotemu is proof of that. Their fresh takes on Wonderboy, Windjammers, and Streets of Rage have been nearly universally praised, even when adapting to new mediums and greatly altering character designs.

I reached out to Cyrille Imbert, CEO of Dotemu, to ask for their thoughts on 2D vs. 3D animation, retaining the spirit of a franchise without bringing its dated baggage along with it, and a lot more. Here’s what he had to say.

What does it take to update a classic game for modern audiences, without a AAA budget to work with, in a way that brings the essence of the source material forward while leaving the outdated design decisions behind?

It is a difficult process as you can imagine. Especially as even if you try to be as neutral and logical as possible, there will be subjective decisions. Our best way to avoid that is to really discuss about all the design ideas between us but also with fans, friends and family and get everyone’s opinion. As fans ourselves, we try to get the essence of what makes a classic game great and to keep it at all cost. From there, we try to gather information from our own experience and from internet communities, about what would have been better or should have been avoided in the original game. We establish a list of those defaults and see how we can change them and if it is technologically feasible.

For Windjammers, the menus from the Neo Geo version were almost nonexistent so we thought it would be nice to completely redo them, and that would also give the opportunity to give more options for players to customize their experience and help them understand how to play. The obvious addition was to be able to compete with anyone worldwide as Windjammers is a game that shows its full potential when two human minds challenge each other. However, we decided to stay true to the original artistic direction in every aspect: menus, gameplay, marketing, etc. It’s old fashioned, but this is really what makes this game so unique as well. It’s 100% part of the core experience and essence of the game.

It’s commonly assumed that polygon-based graphics cost much more to produce than traditional “dot art” sprites, but occasionally something like King of Fighters 13 comes along to disrupt that notion. It’s a beautiful game that used polygon models for the base animations for each character before drawing over them with 2D sprites, presumably because animating with polygons was the less expensive strategy. What are the differences in the artistry, and cost, behind “dot art” graphics, hand drawn animation and polygon-based visuals? Are there ways to combine the strengths of all three visual styles that bring out the best in all of them while reducing the overall production expenses?

That’s a very good question! The answer is complex as it depends on different factors, the main one being the gameplay and the camera. I would say that the cheapest graphics are 2D pixel art in low resolution, because you can work really quick and don’t need more resources than one or two people. But indeed, when you get to higher resolutions and full HD in 2D, like LizardCube did for Wonder Boy: The Dragon’s Trap for example, it becomes harder and harder. Indeed, as you are animating frame by frame and by hand, you better be a very good artist and know where you’re going. Because if you want to change a color, add a piece of armor or a tattoo, you’ll have to do it all over again. 3D is closer to sculpture/stop motion. So if you want to change some aspects of your character or object, it’s way easier as you don’t have to rework each frame by hand. Combining two techniques can be a good middle ground, but again, it really depends on what you’re aiming for in terms of global artistic direction. It won’t be as smooth as a 2D hand drawn animation, but it will feel more alive than basic 3D. I’m not a huge expert on that though.

Playing 20-ish-year-old games like Street Fighter III: 3rd Strike,  Garou: Mark of the Wolves and Metal Slug 3 reveals that the craft of 2D animation in games may have peaked years ago, at least in my opinion. Why do you think those three games have yet to be topped, even by the cleaner looking, but generally less expressive tiles from modern studios? Or do you think that the three retro games I mentioned have indeed been outclassed by more recent titles, and the real issue is with my rose-tinted glasses for the past?

Those three titles are indeed the best references for video game 2D animation, and this is what we love at Dotemu. You could also add Castlevania SoTN easily with those masterpieces. These are kind of games that would make no sense to remake graphically. They are already perfect. I would say that they haven’t been topped simply because they are at the top, so don’t worry about your glasses! But there are some games that are very close to that level and Arc System Works are definitely going for it. Check out DB Fighters Z, this is really impressive, even if it’s not 100% 2). Ori and the Blind Forest, Machinarium or the Vanillaware productions are proofs that we still have very skilled teams doing great games. Cuphead is top-notch as well.

But back in the day, 3D was not an option, so if you wanted to do the best game you had to have the best 2D artists. That’s it.  This is definitely what we are going for with Dotemu and The Arcade Crew. We are in love with beautiful 2D animation and we’d love to contribute.

If you could work on any IP, with an unlimited budget, what would you make?

Hardest question ever. There are so many possibilities! Lately I have been thinking about Legacy of Kain: Blood Omen. It did not age well graphically but I remember being fascinated by the atmosphere and story of the game. With beautiful 2D HD graphics and modern gameplay mechanics it could really be awesome.

I’ve heard from a lot of great game artists who are pretty put off by the look of the next Pokemon movie. What’s your take on the newly released trailer for Detective Pikachu, and what would have you have done with the art direction for the film if you were in charge?

To be honest, I personally have never been a huge fan of Pokemon, even if I can completely understand the success of the games and universe. So I don’t have much of a sense for a modern take on that license. We can talk about Star Wars and the recent take on the IP for hours if you want, but I probably won’t be able to name more than three Pokemon. The movie looks interesting, but it seems that it really gets far from the original IP and takes a lot of liberties with it. It looks like a different story in a different universe, which can be a genius move or a total failure. Pokemon is such a mass-market license, it must be super hard to satisfy all the different types of fans. As long as the IP is not just there to sell tickets and merch though, I’d say why not.