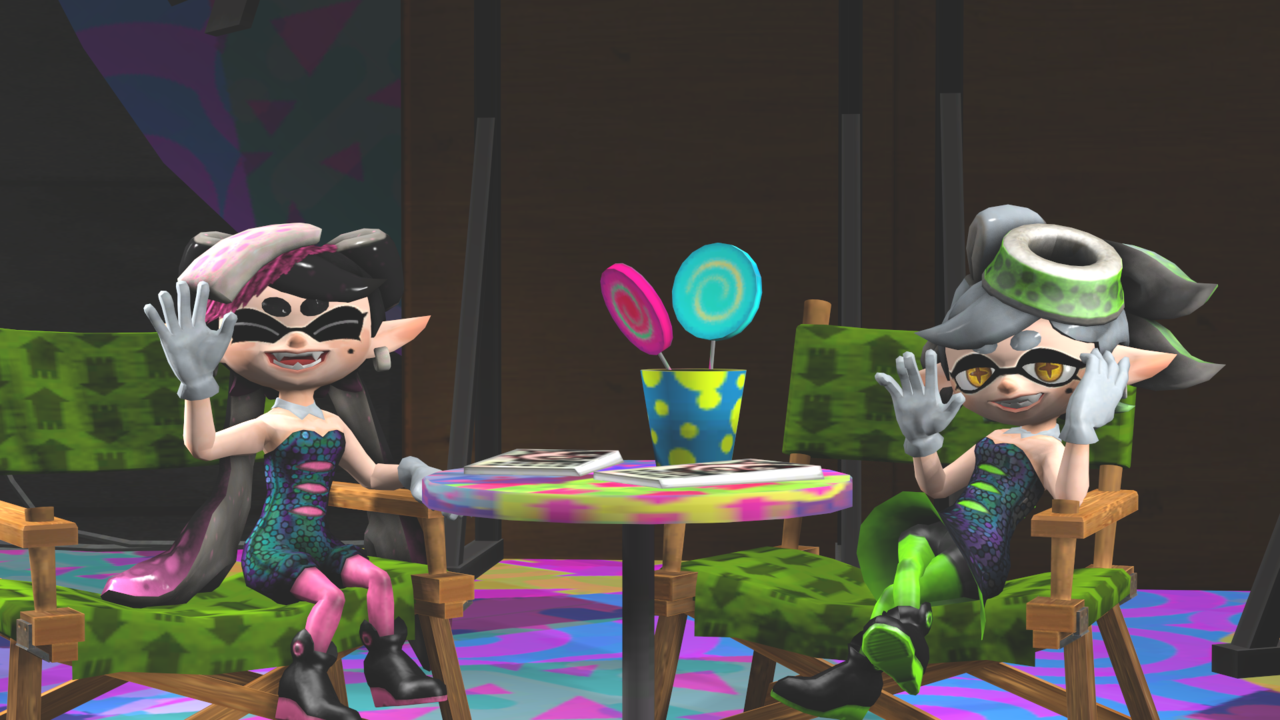 I get to write about squids on the home page! Glee!

I make no secret about my love of Splatoon. I’ve thanked Nintendo on several occasions for creating a product specifically for me, and I hope they get around to making something specifically for each of you in turn. Thanks to Nintendo’s Badge Arcade, my 3DS home screen is an ocean of squids, kids, and some stuff that’s a little of both.

Long story short, Splatoon may have been the game I put the most time into last year. That’s why I was interested to find out a little about how the game was localized in other regions.

Clyde Mandelin, better known as Tomato, is a well-known figure in the field of localizing games from one region to another.  He’s probably best known as the head of the Mother 3 patch that makes that game’s ROM playable in English. He also runs the website Legends of Localization, which occasionally answers fan’s questions about how something was altered in translation.

The most recent question answered on the website explains how Callie and Marie‘s catchphrase, “Staaaay Fresh!” was written in Japan. For English speaking territories, the phrase has a dual meaning. Fresh can mean youthful and stylish, and can also refer to freshness as the opposite of being canned or processed, one of the game’s many fishy references.

Image by TheRockinStallion on DeviantArt.

In Japan, the wordplay of Fresh didn’t work quite as well. So in Japan, the sisters close their broadcasts by saying イカ、よろしく！(“ika yoroshiku!”)

As Mandelin explains in the post, “Ika” can mean squid (as in Nicalis’s proto-Cave Story game, Ikachan), but there are also several other words in Japanese that also sound like Ika. Mandelin continues: “Unfortunately, “yoroshiku” doesn’t have a strong English equivalent, which makes the catchphrase difficult to translate. Basically, “ika yoroshiku” roughly means something like “I appreciate your help following this”, “Let’s do well together in the thing that’s coming up”, or “I have high hopes for you coming up”, but in this case it also has a squid pun.”

As you can see, Marie has some tildes after her phrase, something you might see if you’re into anime. The tildes indicate a cute trailing off rather than an abrupt stop, sort of like the extra A’s in the English version. This fits in well with the sister’s sense of style and Splatoon‘s general fish-themed anime aesthetic.

Anyway, that’s how “Stay Fresh” was localized from Japan. Be glad this is what we got, some of the alternatives are much, much worse.

What is Splatoon’s Stay Fresh Catchphrase in Japanese? [Legends of Localization]