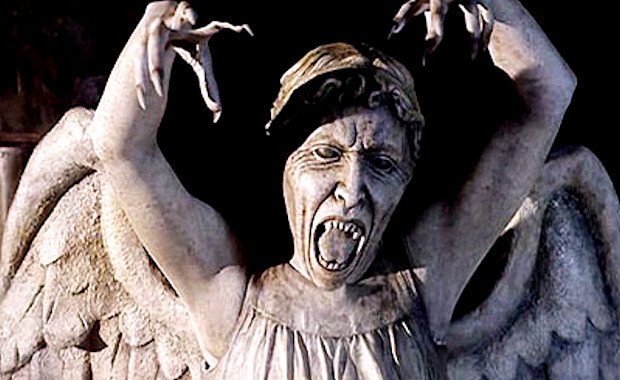 Videogame reviews. Some gamers out there believe that a review is a writer’s personal opinion, one that shouldn’t be taken to heart because it’s just one person’s feelings on a game and it doesn’t really matter what somebody else says so long as you enjoy the game yourself. These people are wrong and stupid, and obviously don’t understand what a videogame review is meant to be.

Reviews are the chlorophyll of the interactive entertainment industry. Videogames live and die by the word of one reviewer, and if a low score is given to a popular game, babies will literally die and rivers will run red with the blood of kittens. Videogame reviews are important, able to topple societies and slay kings, and if a low review score is given to a game you like, that is no different from the writer raping a fourteen-year-old, wheelchair-bound, dyslexic girl and filming it to put on YouTube. In fact, it’s worse.

If a videogame review that you disagree with is posted online, you are duty-bound to respond and shame the writer into committing suicide, because it’s just that crucial. Of course, you need to be armed with the proper responses, and fortunately, we’re here to help. Come with me as I show you exactly how to respond to a videogame review. That no-good writer who trashed Uncharted 2 by giving it an 8.5 will be crying into his oatmeal by sundown!

The writer obviously sucked at the game:

Nothing is more insulting to a gamer than impugning his ability to play videogames, and if you suggest that a reviewer lacks the required skills, then all his credibility is instantly shot and time itself will reverse to a point before the review was written, undoing its evil in a Quantum Leap-style situation. Besides, it’s probably true. The game is clearly so awesome that it’s physically and logically impossible for somebody to dislike it without having some sort of personal problem that has nothing to do with the game’s quality.

Anybody who ever wrote a negative review of a game sucked at it, played it wrong, or otherwise screwed up somewhere. You know how the reviewer played the game better than the reviewer himself did, so it’s perfectly acceptable to make accusations without backing them up. Once you’ve simply assumed how the game was played and treated your assumption like an iron-clad fact, you’ll feel much more secure and validated about your decision to buy the game.

After all, that’s what reviews are here for — they’re here to agree with you and make you feel good about yourself!

The scoring system is broken:

“Man, why do people still use scores in game reviews? The system is obviously broken and sucks, so let’s scrap scores altogether and pretend that this whole ‘7.5’ business never happened, eh?”

People never complain about scoring systems when a game gets a 9.5, I’ve noticed, and that’s because nobody actually thinks the scoring system is broken, at least when it works in their favor. Nope, the scoring system is instead the perfect scapegoat for you to defend your precious videogame when you feel it’s been served a numerical injustice. If you want to stick it to a reviewer but you’re too passive-aggressive to confront him directly, take it out on something that can’t fight back and ask in a faux-polite tone that the scoring system be ended.

Our scientists in the lab have concluded that if you remove a score from a review, that renders the actual review text thoroughly meaningless and without power, and it will actually lead to a 25% increase in the videogame’s sales. Just remember, when a game gets a high score that satisfies you, the scoring system is perfectly legit and trustworthy.

Compare it to other outlets’ reviews:

IGN gave the game a low score, but Giant Bomb gave it a high score. IGN is obviously wrong.

The above sentence may confuse you, but don’t worry, I did not just employ sorcery to blow your mind. I used a little thing I like to call logic in order to confound you and make it look as if one review was more legitimate than another review. It’s little more than a simple parlor trick, and one you must harness if you want to challenge the credibility of a review. Here’s how you do it.

You simply find a review that’s more positive than the one you’re challenging, and then pretend that it’s a more legitimate review. Yes, that’s all you need to do! Don’t worry about finding ways to demonstrate the superior legitimacy, because nobody will ask for such proof. All they care about is that the number stuck at the end of the review is slightly higher than the number stuck at the end of another review, and everybody will instantly feel better about themselves.

I bet you didn’t know that you could compare and pigeonhole opinions in the same way that you can compare the size and freshness of root vegetables, but you can! It’s just that easy.

Compare it to random reviews by the same outlet:

If a publication gives a game a low score, one important thing you must do is to go through the archives and find other, arbitrarily chosen reviews of random videogames written by the same publication in the past. Even if the review is written by a totally different person, it doesn’t matter. Just get those reviews and make pointless comparisons. It will somehow make everything better.

Never mind the fact that Brutal Legend and Half-Minute Hero are two completely different games in completely separate genres with reviews written by two different people and that the reviewers likely never even thought about one game while reviewing the other. When you have two different reviews, they can always be subject to an absolute 1:1 comparison!

If you want to keep things simple, however, then you needn’t trouble yourself with such contrasts. Instead, simply find a game you don’t like that received a high review score, and use that to demonstrate the reviewer’s lack of integrity, like thus: “Well, this guy gave Killzone 2 a 9.5 so that’s his credibility flushed down the toilet.”

Yeah, I know. The above sentence actually says nothing of value and doesn’t prove a damn thing about the writer’s credibility, but that doesn’t matter. It looks like it might prove something if you squint your eyes and tell yourself it does, and that’s the important part.

One way to diminish the power of a negative review is to tar all reviews with the same brush. Claim that all reviews ever written are stupid and pointless, and that they don’t matter. This kind of pompous generalization may look ignorant and pathetic, but it isn’t because of reasons.

However, the important thing to remember is that you must still complain about the review, even if you just said that reviews don’t matter. Acting like a massive hypocrite and contradicting yourself in the same sentence is an important key to being taken seriously by people online, be it N4G, NeoGAF or wherever else you like to hang out and complain about everything a games publication has ever written because you like to feel better than people you have never met before.

So yes, say that reviews aren’t important, but make sure to whine about them anyway!

Because the score is bad, the writing sucks:

Remember, kids, when you disagree with a review score, it means the review is badly written and the writer should be fired. This is an awesome technique, because it turns the tables on the reviewer and reviews the review itself. It’s so very meta, and people will shower you with golden gifts and the key to the city and carry you through the streets in celebration of the clever thing you just did.

Telling someone that the review is poorly written and terrible, then criticizing their opinions and not the actual quality of the writing, is a fantastic way of getting your point across and will definitely make everyone aware that you know what you’re talking about, and you’re not just some butthurt little man-baby with an inferiority complex who can’t tell the difference between poor writing and a conflicting opinion.

Accuse the review of trolling for hits:

It’s important to make sure that everybody knows the reviewer has an agenda. If you don’t favor the accusation that the reviewer sucks at the game, you might want to try this one. It keeps up the idea that the videogame is blameless and all problems are the fault of the reviewer, and in addition, it sinks his credibility even further and makes him sound like an amoral parasite. Accuse the reviewer of trolling for hits, implying that he made the conscious decision to invent his own opinion for the purpose of drawing attention to the review. This is a great claim to make because, like the existence of God, it can neither be proven nor disproved, no matter how crazy it sounds.

Don’t forget to keep posting comments and providing links to the review, though, giving the reviewer those very same hits you claim he’s trolling for. Don’t worry, that won’t make you look like an unaware dipshit who is having his strings pulled by the very puppeteer he claims the reviewer to be. Anybody who agrees with you will not see the irony as they join you in pumping the review full of precious page views.

Nobody understands the real meaning of the word “bias” anymore because it’s been used ad nauseam by people who need a scapegoat, so what the hell? Use it as much as possible! Once again, this puts the reviewer’s credibility into question and deflects any and all criticisms made of the videogame, no matter how legitimate they may be. Is the review of an RPG? Claim the reviewer hates RPGs, even if you don’t have any evidence to back it up. It’s not like anybody’s going to dispute it.

If the game is exclusive to a particular system, then your job’s just been made easier. Simply claim fanboyism and everything’s kosher. Millions will flock to your banner and recognize that the reviewer is clearly a biased fanboy who loves his Xbox 360 and that’s why he gave inFAMOUS a less-than-perfect score.

Once again, this cannot be disputed. The reviewer can claim he’s unbiased, but can he prove it? No, he can’t. Obviously, you can’t prove that he is, but who cares? You have way more time on your hands than he does, on account of the fact that he clearly has a job, so you can spend all day accusing him of bias in between wanking over Cowboy Bebop hentai and win the battle through sheer attrition. Besides which, he’ll probably decide the fight isn’t worth his time, allowing you to say and do whatever you want while he actually goes and has a life, the stupid asshole.

And that, my friends, is the correct and proper way to respond to a review. Hopefully, you will no longer have your life ruined by bad reviews that are written poorly by biased fanboys who suck at games and are trolling for hits because reviews don’t matter except they do matter and scores suck and they said Halo 3: ODST was good so fuck them anyway! Godspeed, traveler, and may you continue to act as a videogame’s unpaid PR representative in many more reviews to come!