You’ll find the Sakura questline at the Arena Counter in the Gathering Hub — it’s listed under the Challenges heading. The seven-star quests are “Empress in Full Bloom I,” “II,” and “III,” all of which involve fighting a Pink Rathian but feature different weapon sets, so take your pick based on whatever you’re most comfortable wielding. The only requirement is being Hunter Rank 12 or higher.

I’m completely out of practice but still made it through on my first attempt. There’s a lot of leeway on time and fainting, so you don’t need to play perfectly by any means. That said, you’ll definitely need to run these quests several times for all of the necessary crafting materials. Don’t forget to make liberal use of the sleep, paralysis, and poison knives at your disposal and you’ll do great. 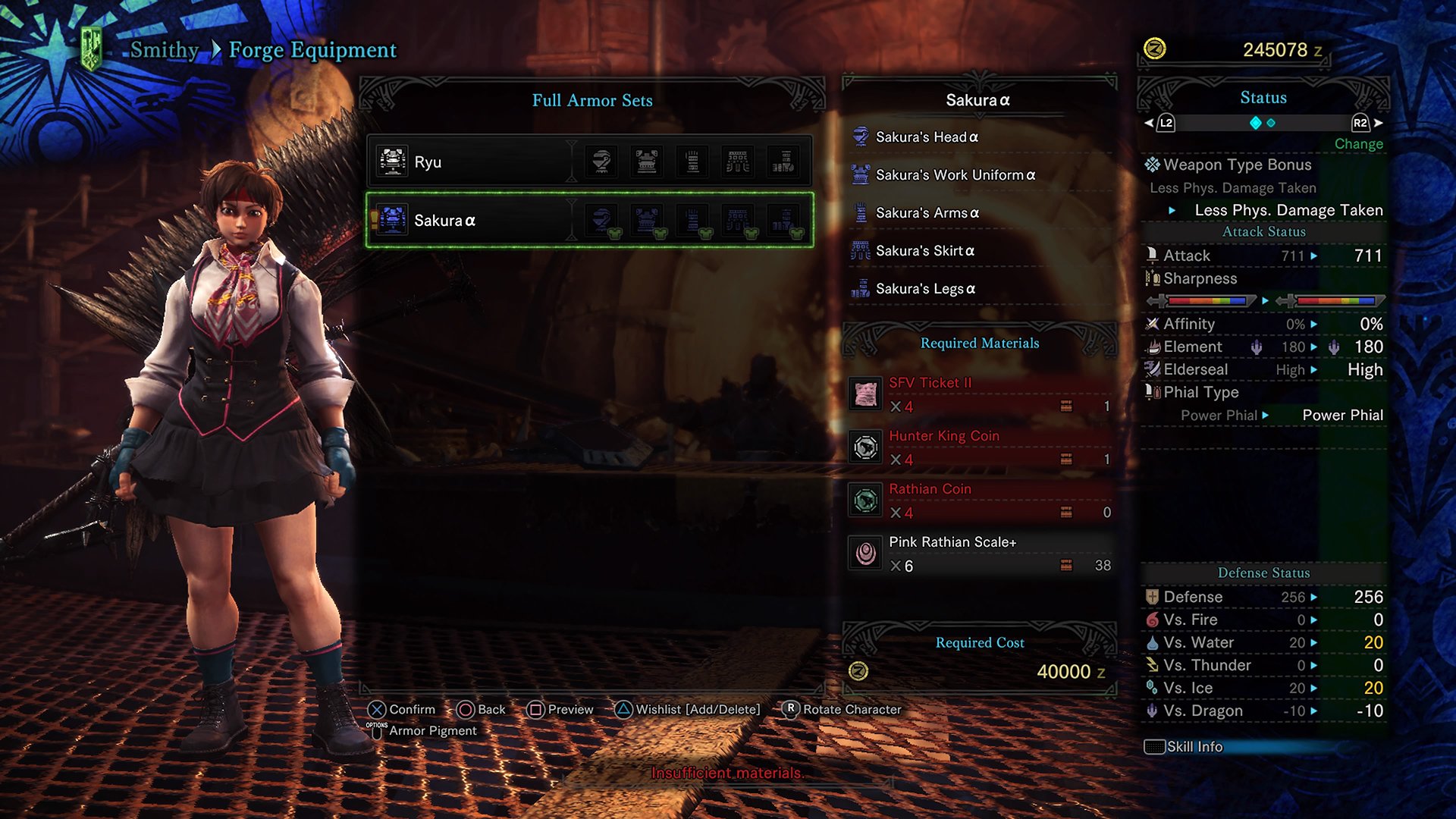 The Smithy can craft the Sakura Alpha Armor Set for you at the Workshop, but you’ll need a few things first: 40,000 zenny, SFV Ticket II x4, Hunter King Coin x4, Rathian Coin x4, and Pink Rathian Scale+ x6. The crossover armor is mostly for looks, but for a specific stat breakdown, head over here.