It comes as no surprise that most movies based on videogames turn out to be, well, not so great. I would put all the blame entirely on Uwe Boll’s shoulders, but one man is not the reason for the failure of an entire genre. In fact, there have been plenty of videogame movies directed by different people that have been just as terrible as anything birthed from the cinematic loins of our beloved Uwe.

But why is this? Is it the subject matter? Is it the less-than-cared-for adaptations?

After recently re-watching 1989 classic The Wizard I think I finally figured out the answer.

Now, this is a major revelation, and I truly feel all filmmakers that are even considering making a videogame movie need to read this. I can guarantee with 100% certainty that a videogame movie will become infinitely better by listening to this simple advice. Guaranteed.

So far, The Wizard is the only videogame movie I have ever seen that takes advantage of this random, yet super important, addition. But that could change. There is only about a month until its release, but maybe super producer Jerry Bruckheimer would still have time to implement this into the new Prince of Persia movie? It’s highly anticipated, and if successful, could change the landscape of how audiences perceive movies based on videogames.

It’s not too late, Mr. Bruckheimer. Hit the jump to find out exactly what your movie needs.

All videogame movies need to feature a random old man in a Speedo.

Before you question this abnormal advice, hear me out for a second.

The Wizard is a cult classic amongst many gamers, but, honestly, watching it back all these years later, the movie leaves little to be desired. It’s competent enough, but, as most of you know, it suffers from serious “retro goggles.” It’s fun to watch because it is so ridiculous (and features some fantastic retro games!), but not many people would consider it truly great.

But about one hour into the movie, this happens: 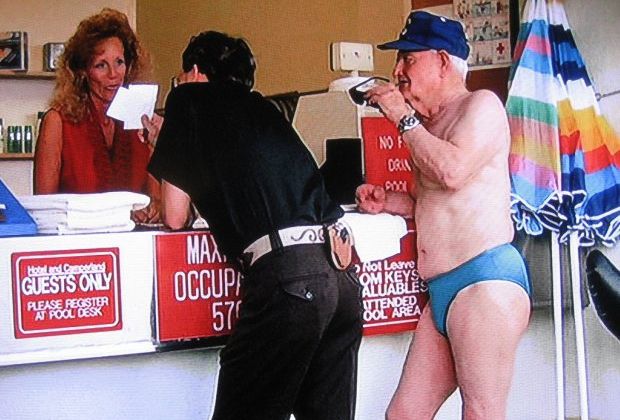 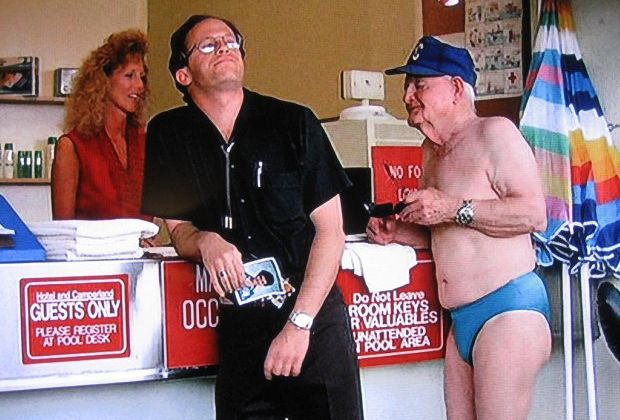 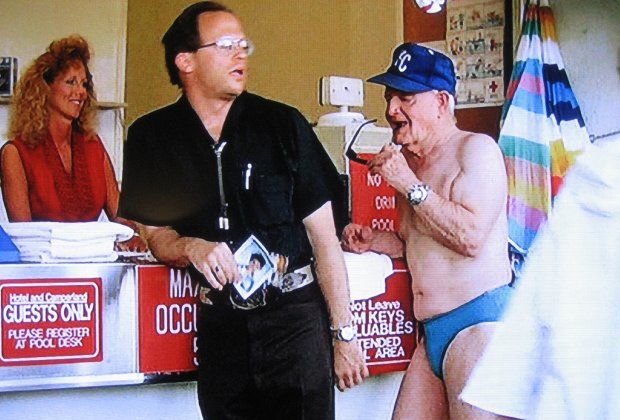 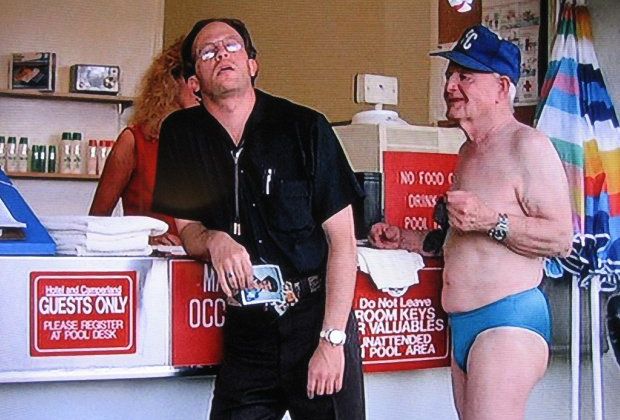 Now, keep in mind that this old man has nothing to do with the movie. Nothing at all. He is merely a background player that, honestly, is probably not even an actor. I just assume he was visiting the pool one day and just so happened to walk onto The Wizard set in his magnificent ripened banana hammock.

Since I tend to believe most people are inherently awesome, I am guessing The Wizard director Todd Holland saw this random man in the shot, freaked out at first that his security team didn’t do their job, but ultimately decided to not change a thing. Hell, I know that if I was the director of The Wizard I wouldn’t cut this scene out either. It’s too amazing.

Just look at that old man. Look at the way he is chewing on the end of his glasses; look at the disapproving, super creepy look he is giving the actors. HE IS INCREDIBLE!

I have seen The Wizard many, many times, but it wasn’t until this latest screening when I realized how much this random scene really changes the film’s overall quality. When the old man appeared on-screen I laughed so hard I actually fell off my couch. You know what kind of laugh I am talking about — one of those loud, guttural laughs that actually makes you lose control of your entire body.

Because of this scene and this scene alone, The Wizard is a better movie. It always will be. Until the day I die, I will know how amazing The Wizard is simply because it has this old man in it. The movie goes from fun, cheesy Sunday afternoon viewing to something I will never forget for the rest of my life.

You may scoff at this, but is it not entirely accurate? Can you truly argue that the inclusion of this random old man in a Speedo does not make The Wizard a better film?

Still not convinced? Here, watch the video of this specific sequence:

If you are not laughing right now something is seriously wrong with you.

And, just in case that didn’t work, here it is one more time IN SLOW MOTION:

LOOK AT IT AND BASK IN ITS WONDER!

Imagine the worst videogame movies you have ever seen. Imagine Alone in the Dark; imagine BloodRayne; imagine — gasp! — In the Name of the King.

Now, imagine those movies with the addition of a random old man in a Speedo. Boom! Instant classics. 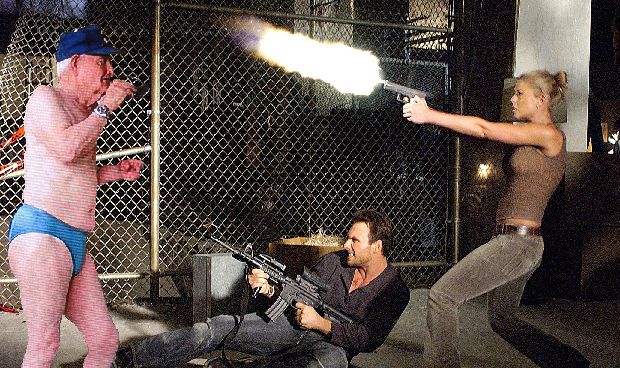 You’re welcome, filmmakers of the world.

You are very welcome.