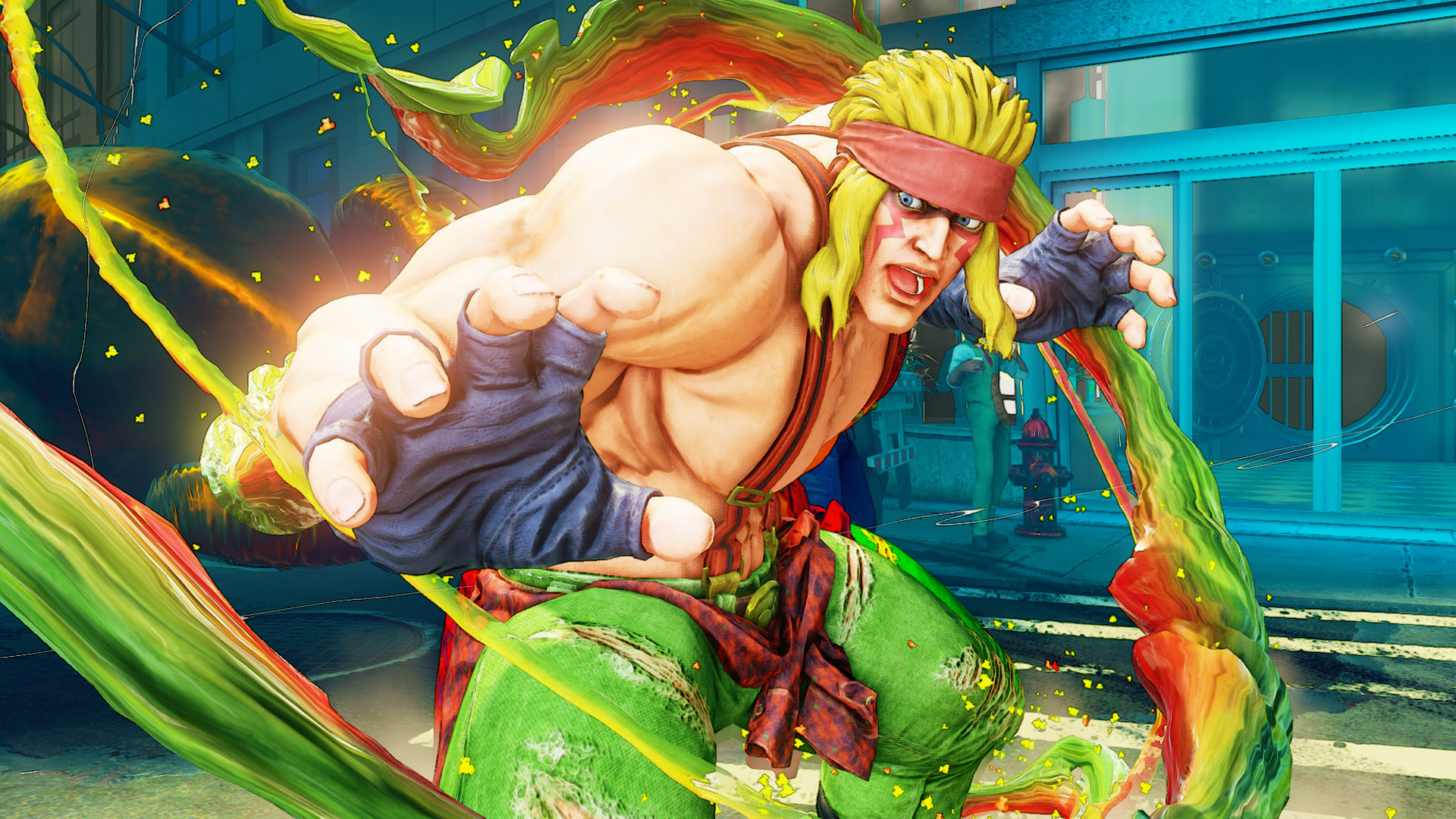 Or I guess ‘git decent’

Okay, I’ll level with you. I’m not a professional at Street Fighter V. What I am pretty good at is being decent. I’ve collected resources that have helped me go from “utterly hopeless” as an Alex player to “hey, I think I understand this guy!” and now I’m here to pass the knowledge on to you! 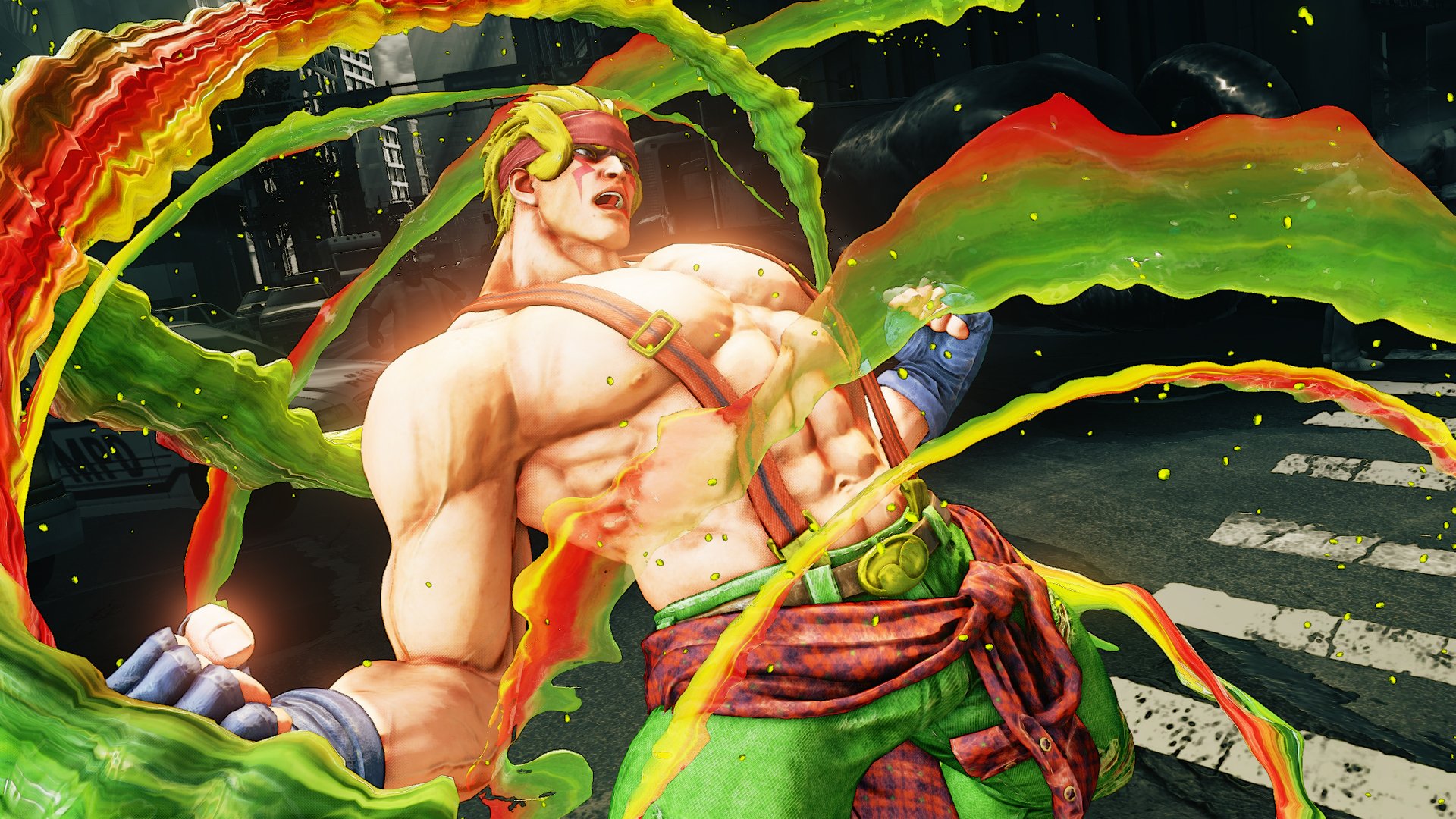 Alex is a grappler, which means you’ll probably seldom encounter them online. He’s also got some charge moves, which once would have made me run away screaming like a little baby. However, since I’ve been primarily playing F.A.N.G., another charge character, I’m way more comfortable with charge moves than I’ve ever been before.

Alex isn’t a combo-heavy character, but that doesn’t make him simple to play. It’s incredibly crucial to have patience and to understand spacing. While this is true for every character, it is especially true for ones like Alex. He is great at punishing the opponent, especially with V-trigger available.

First, let’s go over some of his special moves.

This will likely be your most-used special. You can link a Light or EX version from standing medium or light punch. This move will eat one-hit projectiles as well. The EX version can absorb two-hit projectiles.

Similar to the Flash Chop, except you move forwards. The distance depends on the button pressed. The EX version will go through projectiles, so keep that in your back pocket!

Honestly, I haven’t found much use for this move, aside from using it for mind games. It does cause a hard knockdown, though, which means the opponent cannot utilize the “quick get up” function.

This move, I love. It’s good at catching people off guard, since it’s essentially an empty jump followed by a command grab. When timed just right, it can be used to go over fireballs for those spammers who just need to be stopped.

This one’s a great anti-air option and pretty straightforward, all things considered. It connects with Crouching Heavy Punch in the corner!

Alex’s command grab. Great for mixing your opponent up. Light version has the least damage but most range, Heavy version is the opposite.

While charging this move, Alex with parry a single attack. It is possible to parry multiple attacks by repeatedly pressing the buttons while taking hits. This can also be used immediately after just about any normal while in V-Trigger, so be sure to experiment in training mode with it.

Never forget about this! You can omit this if you feel like going for a reset, but otherwise it’s a great finisher. If you’ve got the bar to spend, the EX version is great for tacking on that extra bit of damage. 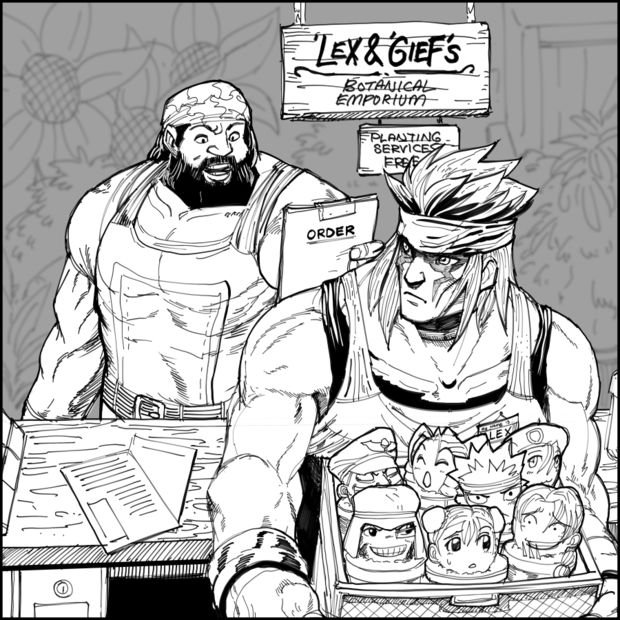 As mentioned, Alex is not a combo-heavy character. Here is a Google Doc with way too many Alex combos. The author mentions most of them are redundant, but they are there anyway. I’ll break down what I’ve been resorting to.

I’ll be honest, I usually default to Standing Medium Punch into a Light Flash Chop, since I tend to drop the link between the Light Kick and Punch. I’d recommend the same if you’re having trouble landing this consistently. The obvious benefit of the Light Kick starter is the startup time, in other words, it comes out quicker than the Medium Punch.

Obviously this is a V-Trigger combo. The beginning is simple to pull off after landing the punch (could also be a Standing Heavy Kick), and you can improvise the end depending on the situation. Have full meter and want to end the round? Go for a Light Flash Chop into Super! If you don’t have the meter or don’t want to waste it, you can simply go for an EX Power drop. There’s also the possibility of going for a reset (intentionally breaking and starting a new combo) if you feel confident/fancy.

This one’s simple, but makes you look like a complete badass because it’s an air juggle.

This tutorial is wonderful. Great list of basic combos, anti-airs, and more. Overall it’s just very well put together and easy to understand. It’s a great primer for anyone looking to learn Alex.

Another tutorial-y video, but this one focuses on one of the most important aspects of any character: the bread-and-butter (BnB) combos. You must know some BnBs before heading online, and this video will certainly help. Made by the same guy who did the extensive list of combos linked to above.

This video goes into some extra tidbits about Alex that many people may not know. Whether you feel confident in your Alex knowledge or not, there’s some good things to be learned here.

Man, I love Maximilian. I’ve been a subscriber to the guy for years, and he’s a wonderful asset to the fighting game community. He’s quite good, regardless of the game, and I’ve learned a lot just from watching him play. I recommend watching is “Week Of!” series with Alex, since it shows him learning aspects of the character in real-time and he offers great insight as to why he does what he does while playing.

Desk is insane. He’s mostly known for his crazy combo videos that push the game’s mechanics to all new levels. However he’s also a really talented video editor and sound designer. This video is a perfect example of that, as he compares Alex’s original incarnation to the new one in Street Fighter V.

Got any extra tips for mastering Alex? Let me know! I could sure use them…

[This guide is based on a Season Pass code provided by the publisher.]