Another expansion, another set of currency! World of Warcraft: Dragonflight is finessing the formula a bit, but the tried and true token/badge system is something that’s not going away in the modern MMO landscape anytime soon.

Here’s where to find Bloody Tokens, the PVP-based currency of the game, and what to do with them. 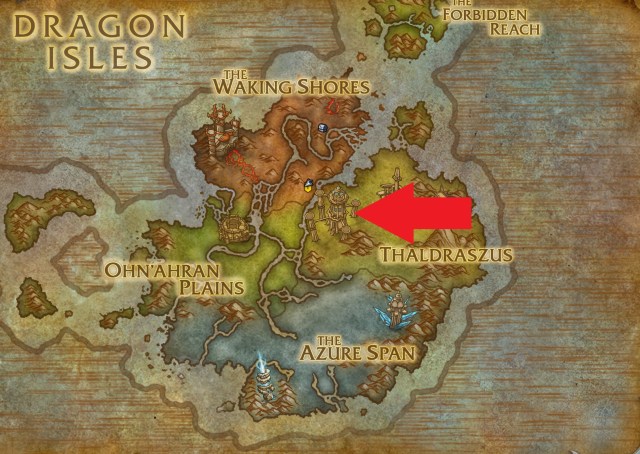 What do Bloody Tokens do in WoW Dragonflight?

Bloody Tokens are a new PVP-related currency in the Dragonflight expansion, and are turned in at the capital city of Valdrakken (highlighted on the map above) to the NPC Malicia.

You’ll earn them through PVP activities, and they’re used to buy pieces of gear that starts at item level 389). For reference, Dragonflight expansion starter/green gear begins at roughly item level 235.

Bloody Tokens are earned via world PVP quests, which are only attainable if you have War Mode enabled. As a reminder, to turn War Mode (world PVP) on, you need to manually toggle it, with at least one hoop involved.

Press “N” to open the talent screen, then look for the War Mode crossed swords icon in the lower right. Activate that to start farming Bloody Tokens (you need to be in your faction’s capital city to do this).

Quests may involve killing a certain amount of CPU-controlled mobs and/or enemy faction players: just like “bonus objectives” in the main story/PVE. They’ll appear on your map and while navigating the expansion: you need to finish these for Bloody Tokens, as other means won’t cut it.

No other pieces of gear can be acquired in any other slot with Bloody Tokens at this time.