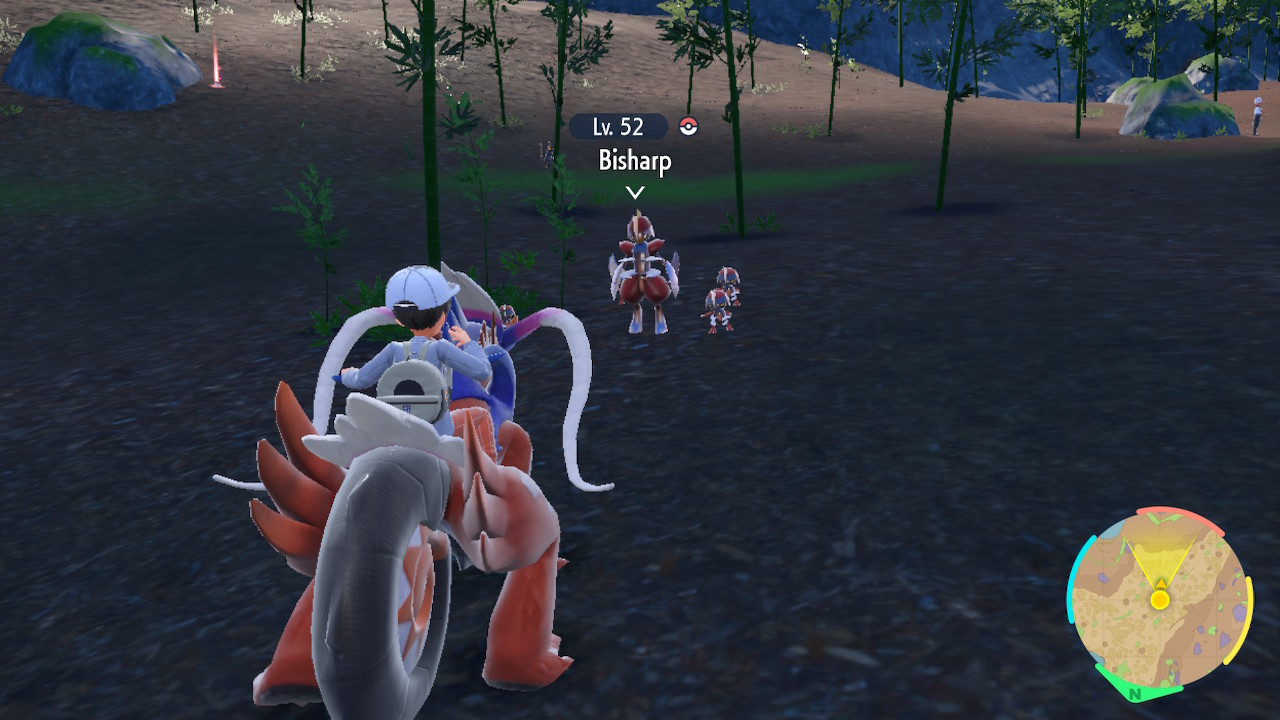 It sounds complicated, but there’s a few areas where it’s easy to do

Following the trend of many Pokemon that are prone to extra evolutions in the Pokemon Scarlet and Violet generation: Bisharp joins a large company of characters that require some extra steps. You not only need to find a specific held item (that fully grown Bisharps will have), but defeat more enemies that have said item, and then level it up to trigger the evolution.

Here’s how to evolve a Bisharp into a Kingambit. 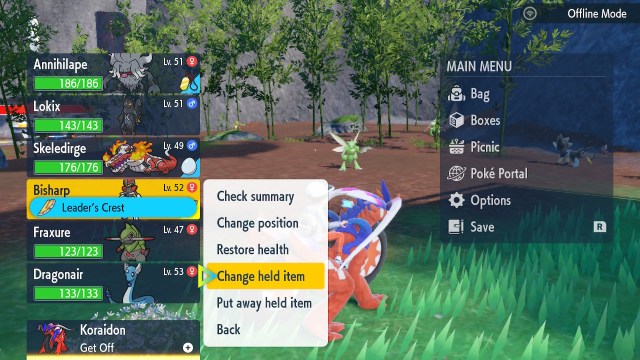 Step 1: Find a Bisharp with the Leader’s Crest held item

Look for Bisharps that are backed up by a small swarm of Pawniards, who follow their leader’s example. These packs are the key to the entire evolutionary line. Simply hold ZL to lock onto the Pawniard in that pack, then press ZR to enter battle and single them out. Catch one that has the Leader’s Crest held item: which is shown in the image above.

As for where to find that Bisharp: the next step will help you find packs of them. 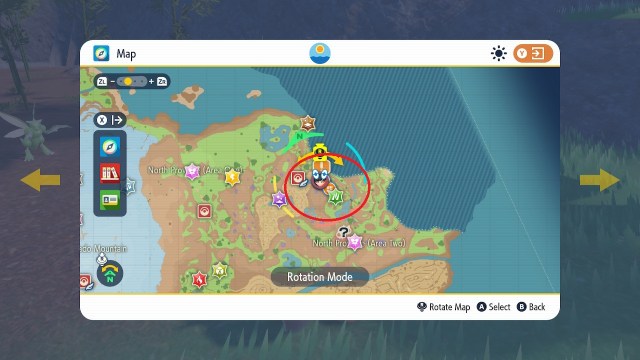 Step 2: Defeat three Bisharps in groups with the crest equipped

If you head to Northern Area Two in the area in the map above, you’ll find tons of Bisharp-with-Pawniard groups. Using the Bisharp (just put it as your lead Pokemon), take down three other Bisharps that are in packs.

Teaching your Bisharp a fighting-type move using the TM system (or whatever you have on hand) will make the short grind that much more bearable. You can take down the other boss-Bisharps with a fighting type TM, and keep moving quickly on to the next pack even if your own Bisharp isn’t that strong. 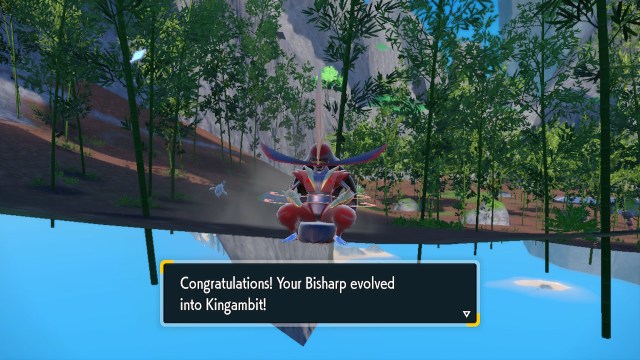 Step 3: Level up that same Bisharp to evolve it into a Kingambit

Once you finish off the leader of three Bisharp groups, level up that same Bisharp (through combat or via candies). You can see in the screen above (complete with janky rendering), the evolution will happen immediately, and you’ll have your own Kingambit.

I started to really get attached to mine very quickly: as it has a cool ability where it gets stronger after more of your team has fallen in battle. I typically (barring weaknesses) bring it out last, and have it unload as a last ditch effort. It’s also pretty much ready to go for the road to endgame, especially if you teach it a few out of the box moves of different types.

Alternatively, you can get a Bisharp the old fashioned way with Pawniard

You can also level up your own Bisharp from Pawniard to level 52: then repeat the above process (giving it the Leader’s Crest from another Bisharp). But catching your own Bisharp is easier if you haven’t even started this whole affair yet.