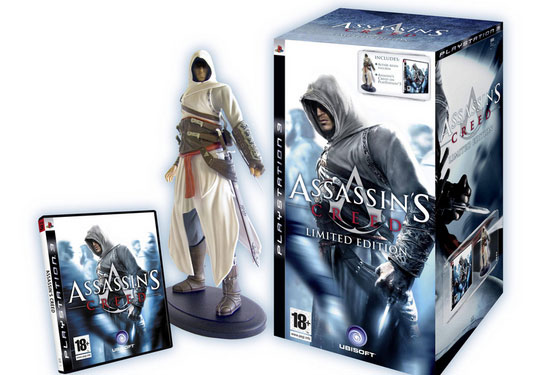 I’m not sure how many times we’ve mentioned the collector’s edition of Assassin’s Creed on Destructoid, but who cares … isn’t it awesome?

These new images (obviously from the European release) make crystal clear why the Assassin’s Creed Collector’s Edition is going to be the one to pick up. A special Penny Arcade comic book, a mini-strategy guide, a bonus disc, and an Altair figure? Sounds good to me.

Assassin’s Creed will ship (along with the flood of blockbuster titles) this November.