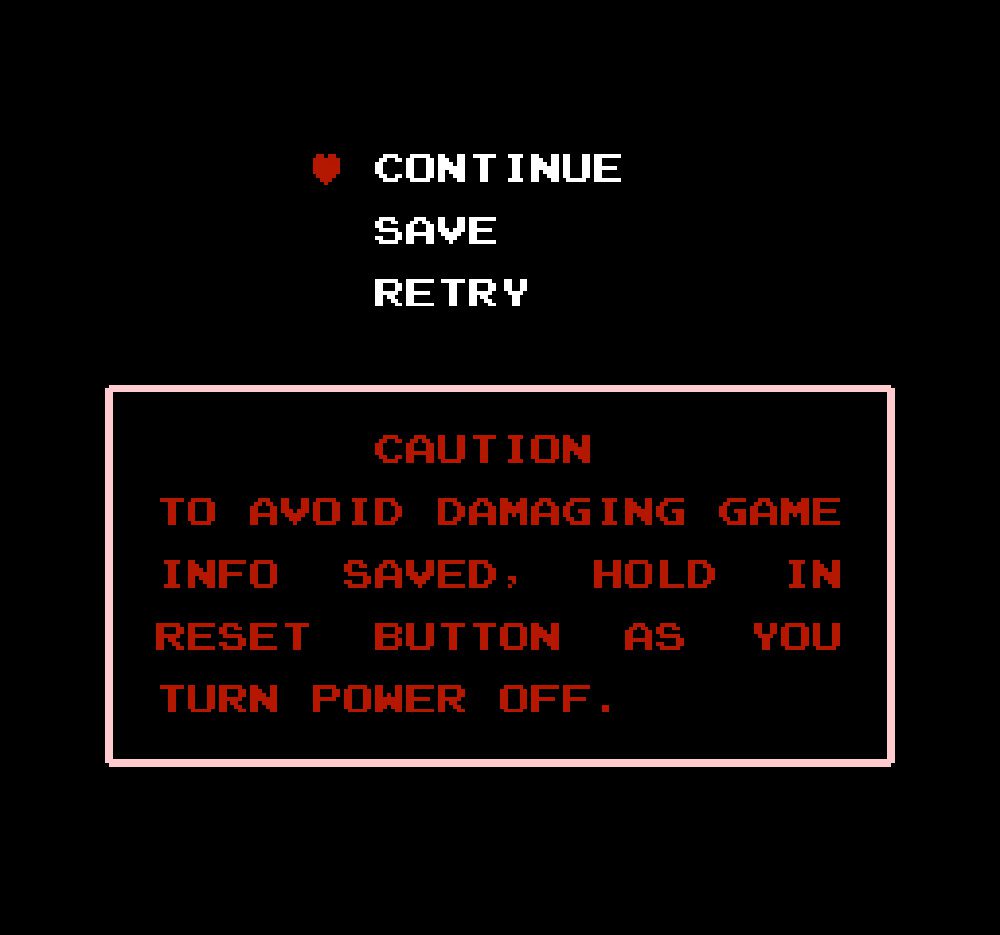 The Legend of Zelda: Mystery of Read/Write

I find it difficult to travel back and play early 8-bit consoles like the Atari 2600 or Colecovision. It’s not that their primitive graphics and sound fail to capture my attention, but rather, they’re so dedicated to replicating the arcade experience. That’s not entirely a bad thing, but it was a transient way to play games, as you would slot your quarter, played until you lost, and moved on hoping your high score would mean something. To make matters worse, early home consoles generally replicated the experience very poorly. I’m sure it was nice to be able to play Burgertime at home in 1983, but the Atari 2600 version looks and plays like a trash barge run aground.

The idea of having the arcade experience at home continued to be a carrot dangling in the face of developers throughout the ‘90s. Indeed, the Genesis liked touting its Altered Beast, while the Super Nintendo beckoned you with its port of Final Fight. But throughout this, the true console experience began to formulate, and while games like Super Mario Bros. started us towards that goal, it would be The Legend of Zelda, with its ability to save your progress, that would truly mark the beginning of the transition.

Sort of. Like most things in video gaming’s history, it’s a bit more complicated than simply saying, “Praise this game!” 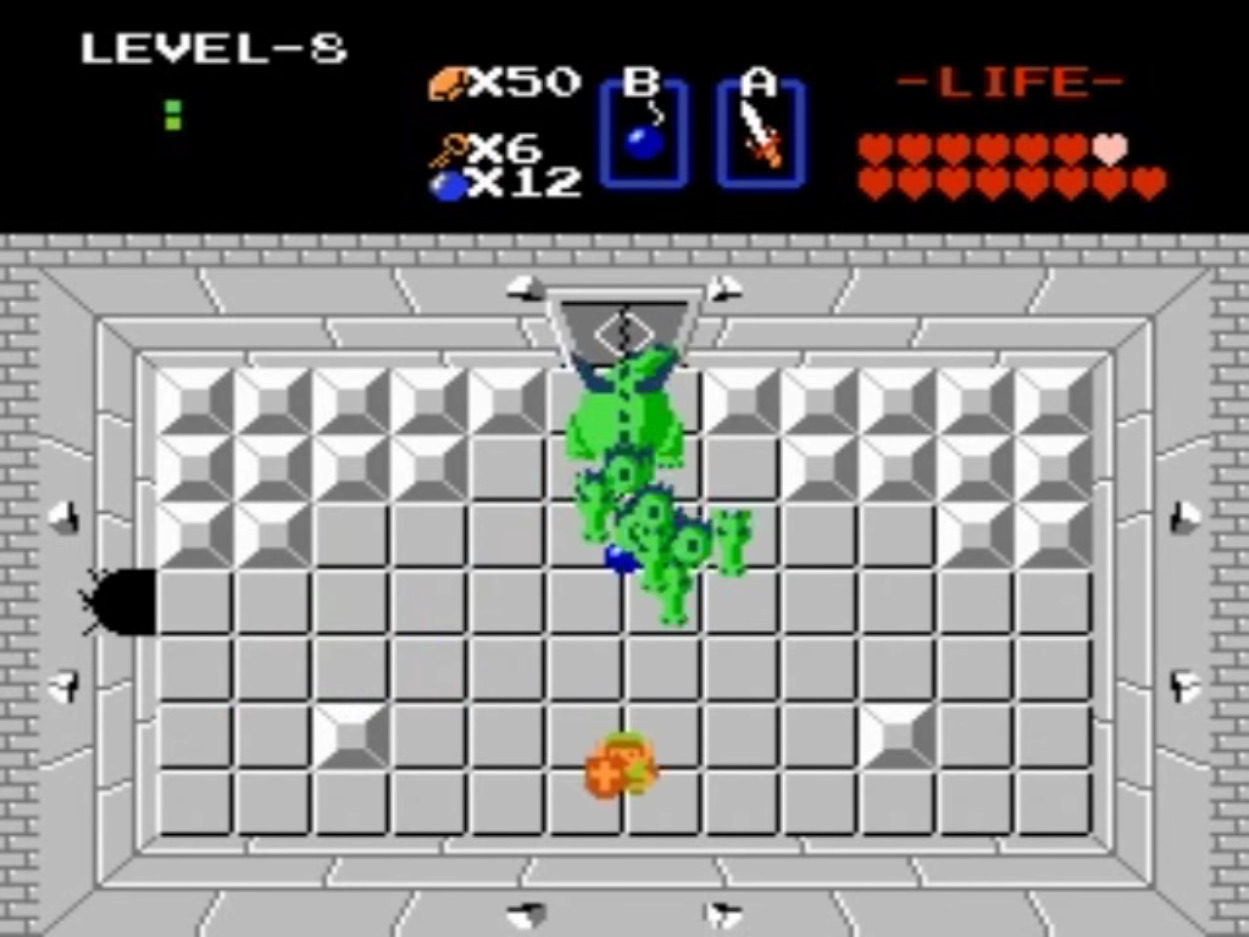 Part of the reason we were stuck with arcade ports on consoles for so long was that developers had to be mindful of their audience’s endurance. You were glued to a game until your game was over, making only short experiences practical. Even the longest games with clearly defined ends, such as Super Mario Bros. (released a mere few months before The Legend of Zelda in Japan), could be finished in one sitting.

That would change with The Legend of Zelda’s 1986 release on the Famicom Disk System, one of the add-on’s launch titles. The Famicom Disk System was an attachment for the Japanese equivalent to the Nintendo Entertainment System that allowed games to be played off of floppy disks; read/writable media. The ability to save was one of the attachment’s selling points and was used in games like Metroid, Kid Icarus, and Castlevania.

Of course, this was something possible on home computers since their inception. They were already using read/write media like floppy disks and cassettes, and saving was already possible in games like Ultima and Zork nearly half a decade earlier than The Legend of Zelda. In a way, the Famicom Disk System was just allowing that advantage on home consoles. 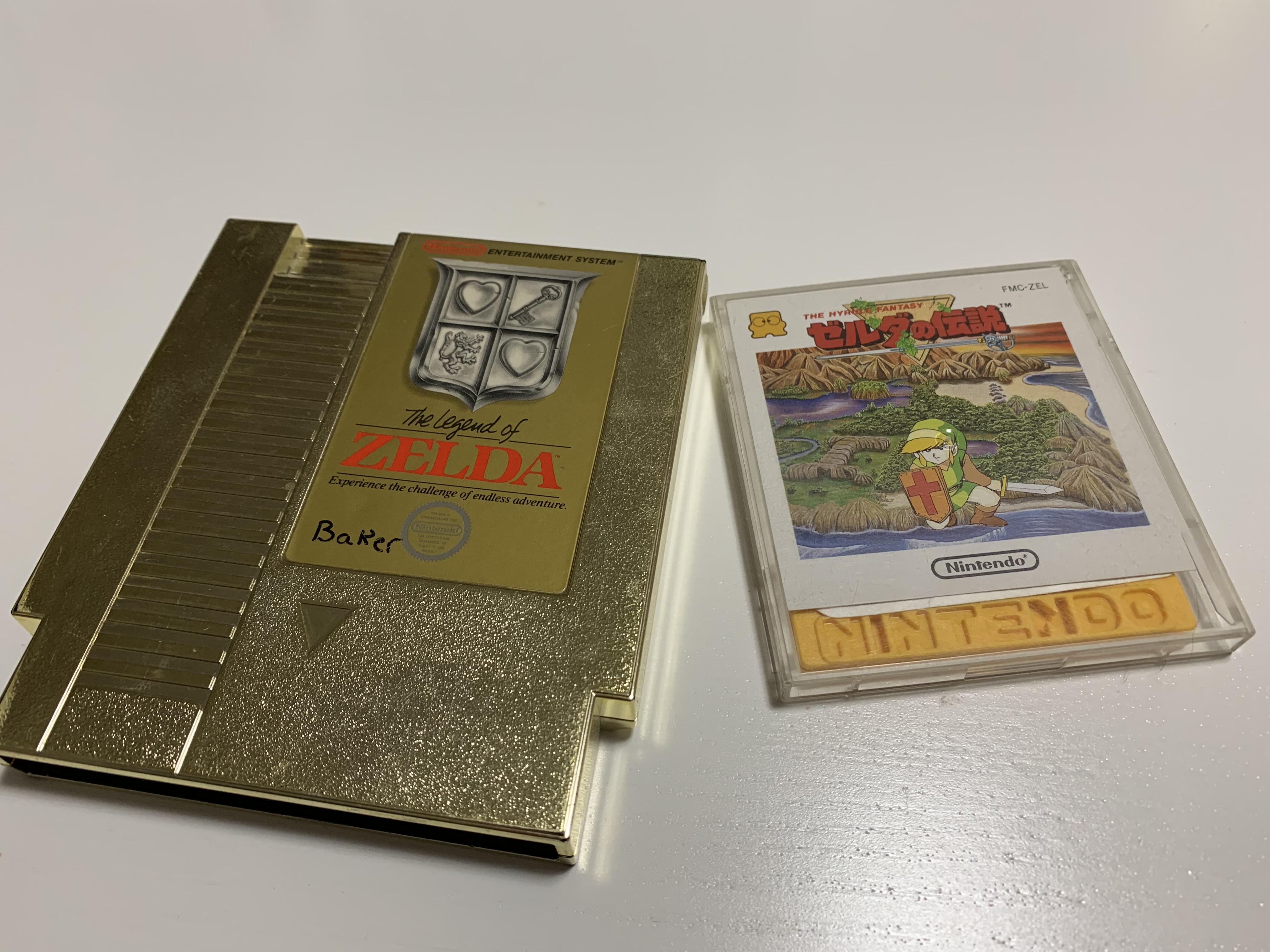 The Famicom Disk System never made it outside of Japan, but Nintendo was still keen on getting The Legend of Zelda into western hands. The problem they encountered was that it’s impossible to save data into the ROM chips that were central to the cartridges. The solution Nintendo had was to install a small battery within the cartridge that kept the save data alive in the RAM.

Again, Zelda wasn’t the first to do this. A couple games on the Epoch Super Cassette Vision allowed you to save your high score and created levels to the RAM, but they were powered by AA batteries you slotted in yourself. It was the same idea, but not necessarily the same execution. Also, I wouldn’t be surprised if this is the first time you’ve heard of the Epoch Super Cassette Vision.

Meanwhile, the CR2032 in my Zelda cartridge still functions to this day, and I haven’t had to solder in a new one. I suppose its 15-year lifespan is just a suggestion. 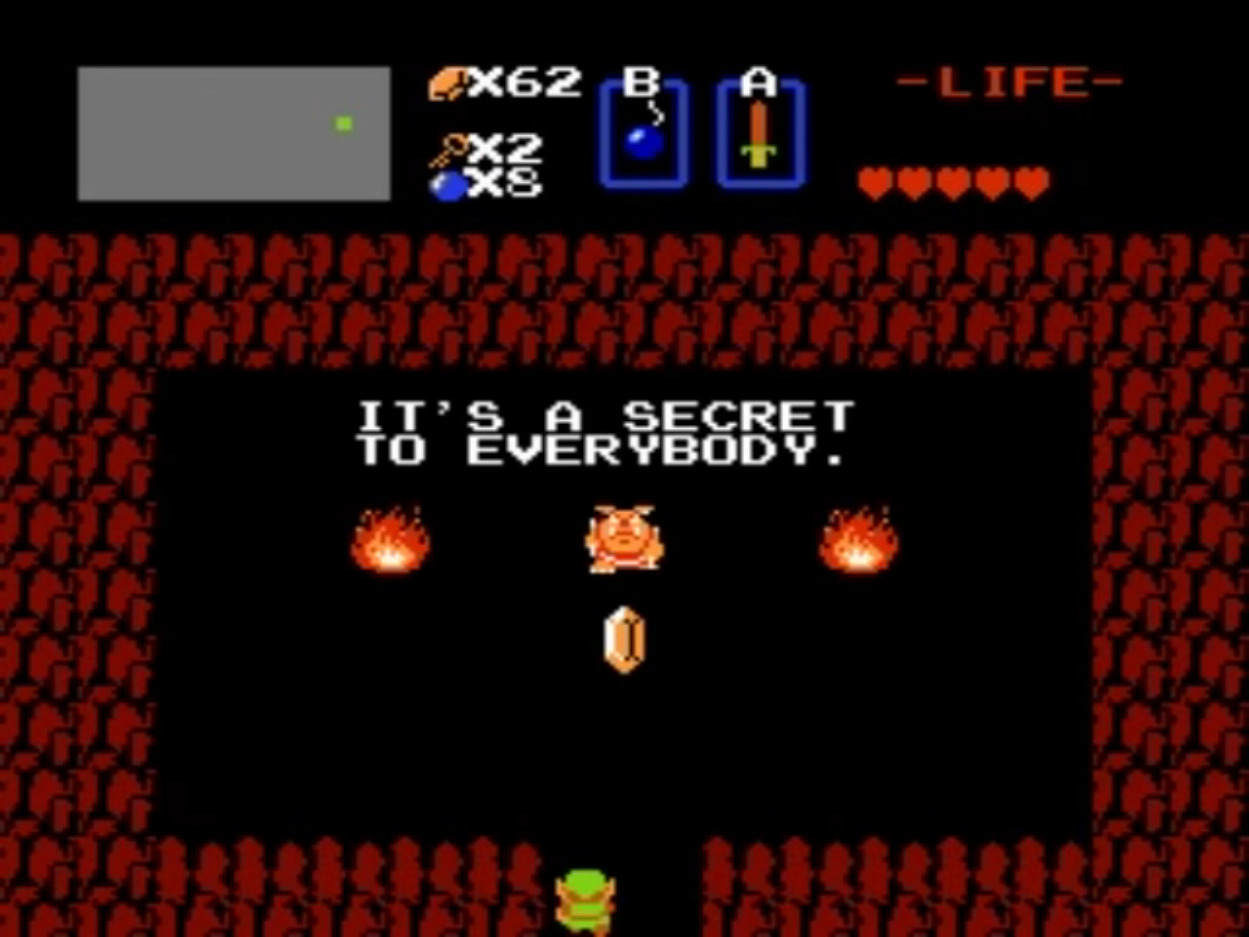 There were ways around needing a battery to allow continuing from a certain point. In North America, both Metroid and Kid Icarus replaced their save system with ludicrously long passwords. Likewise, Castlevania omitted saving altogether in its English release. The number of games that had a battery back-up on the NES was rather small, but the number of games that were more progression-based rather than high score focused continued to grow.

What Zelda presented was an adventure with an end goal rather than just being challenge after challenge. It was far less level-based than something like Super Mario Bros., tasking you with discovering the next dungeon for yourself in an (at the time) gigantic overworld. Plumb the dungeons, grab your gear, save the princess. On a good day, it can take about 6-8 hours to complete, and it’s easy to become stuck and want to put the game down.

Most notably, however, it omitted a scoring system, which was still practically sacrilege at the time. It would take a long time to flush the need for one out of the minds of developers and publishers, with it hanging on as a vestigial feature for years to come. It was a necessary sacrifice, however, as we moved on from cyclical game models with no end to games with set goals. 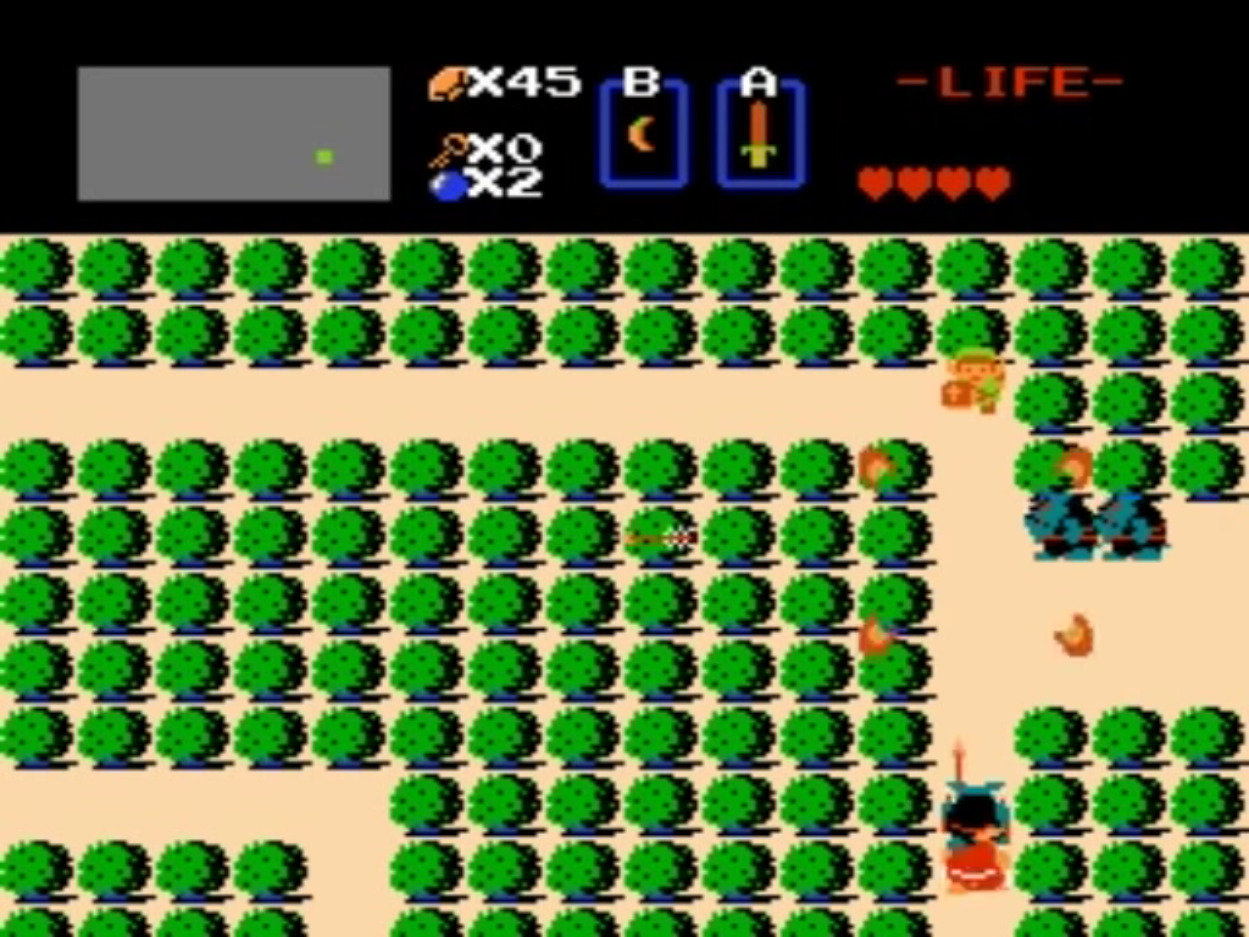 It’s perhaps safe to assume that, even without Zelda’s influence, video games would have shifted to a progression-based model eventually, especially when this was already budding in the home computer world. However, The Legend of Zelda’s influence and popularity primed audiences and pushed developers towards this model, and its effects were felt almost immediately.

But the industry is often one to take baby steps. Even games with an end goal would be somehow cyclical, as both Super Mario Bros. and The Legend of Zelda would start back over in a harder difficulty after you completed them. However, with the influence of the growing RPG genre — a genre wholly birthed for homes and not fit for arcades — we’d eventually find freedom from endlessly chasing high scores and learn to shoot for the gentle head pat of the credits roll. 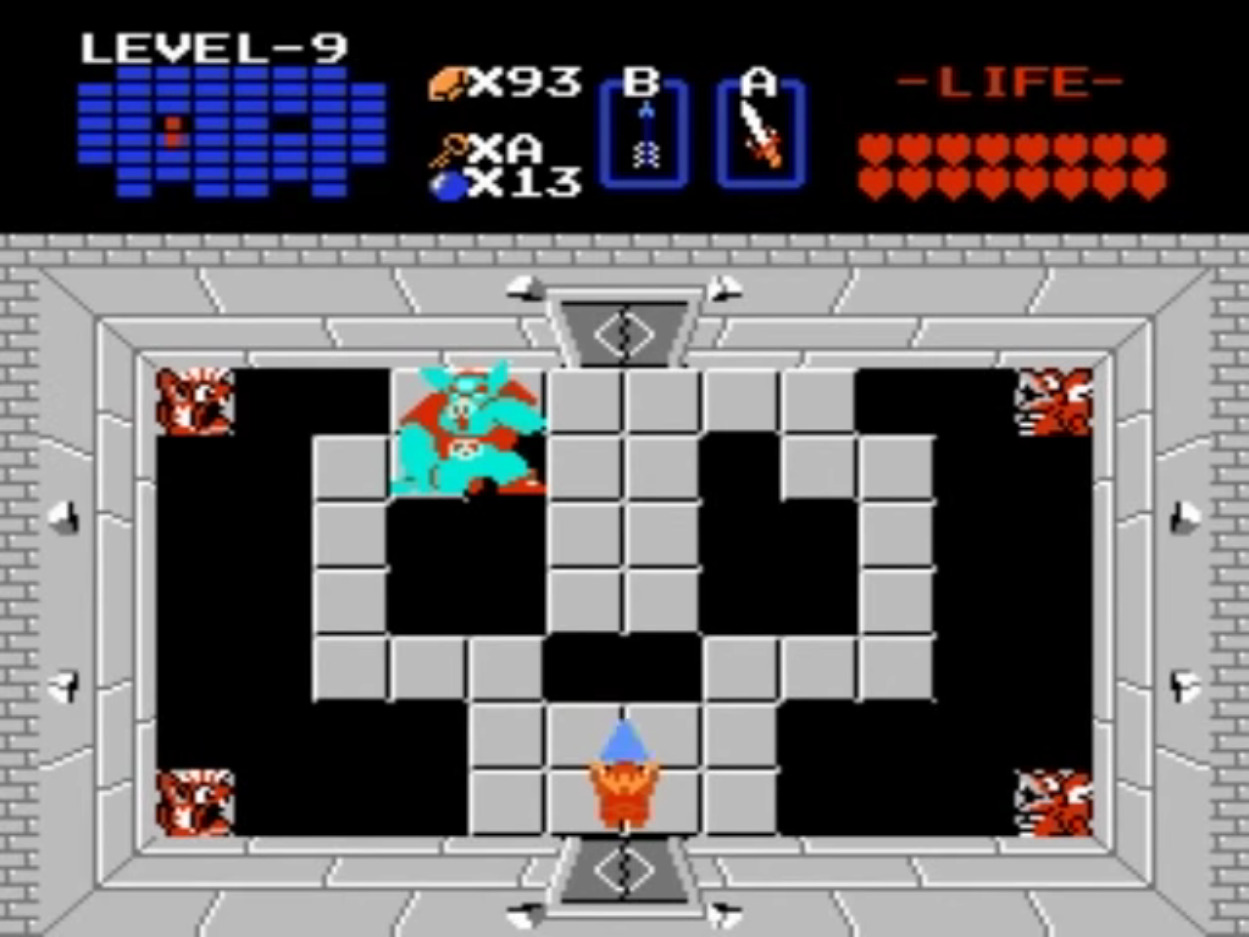 I don’t miss the days of chasing high scores. While I sometimes like to try and top my best efforts in Space Invaders and Ms. Pac-Man, personal growth for the sake of it is boring to me. I happily prefer the reward of getting kissed by the princess after my friends and I defeat the unknowable evil. I’m simple that way.

Indeed, it was much more fun to sit around and watch my father finish Ganon off in his lair within Spectacle Rock than it would have been to watch him, I don’t know, drive down an endless road mowing down traffic in Spy Hunter. It helps capture the imagination and give you something to emotionally invest in, knowing that whether or not the hero reaches the end — and there is an end — relies on you. I’m not sure I would have stuck it out with video games if I was just endlessly chasing higher numbers.