[I think there’s never a bad time to go back and talk about your favorite games, even if they’re not exactly topical anymore. That goes double if you put as much thought into it as James Internet Ego has. A great blog that deserves to be seen, even (especially!) if you’ve almost forgotten about The Stanley Parable. ~ Shade]

Do you remember The Stanley Parable, that witty satirical game written and designed by William Pugh and David Wreden? It was great fun back in the day (still is), and remains one of my favourite games. But when I first played it the satire parted my hair as it sailed, cleanly and gracefully, over my head. I was too focused on how it told its jokes, for The Stanley Parable’s main mechanic is not walking, but an idea called ‘existentialism.’

Among the core concepts of existentialism is this: you are playing a role in life and can change it as soon as you realize that the choice exists. This is how The Stanley Parable works.

For example, imagine you are a waiter cleaning up tables. You are in the role of the waiter. But let’s say a customer treats you like dirt to the point where you think of quitting: now you realize the choice and can either continue on the projected path of ‘the waiter’ or become ‘the unemployed.’ The choice is yours. 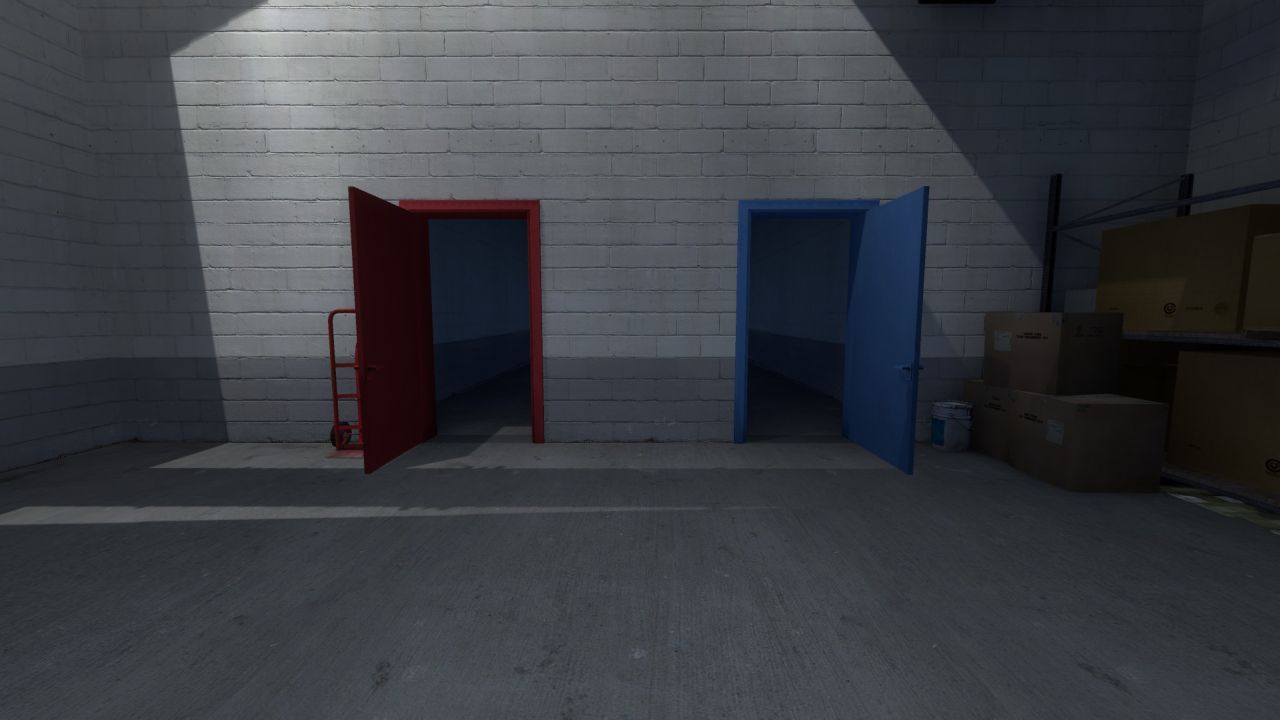 In The Stanley Parable you could follow the path of the Narrator and ‘win’ the game. Or you could stick it to him by doing the opposite, attempting to assume a new identity of your own choosing. The ‘goal’ of The Stanley Parable is arguably to defy the Narrator and in doing so claim your own role and identity; to say goodbye to Stanley and hello to Me. Of course, the Narrator does not let you. He tries to bring you back on course and when the player decides to stick it to the man, he sticks it back to you by restarting the game.

The game begs you (sometimes literally) to return to the role of Stanley. If Me refuses then the game will engage directly with Me, recognizing that new identity. This ability to change our role is both one of the fundamental ideas of existentialism and how The Stanley Parable interacts with its players. The game is, probably by accident, an experiment in existentialist philosophy. In The Stanley Parable it is used so that I may cast aside Stanley, and go through the door on my right. 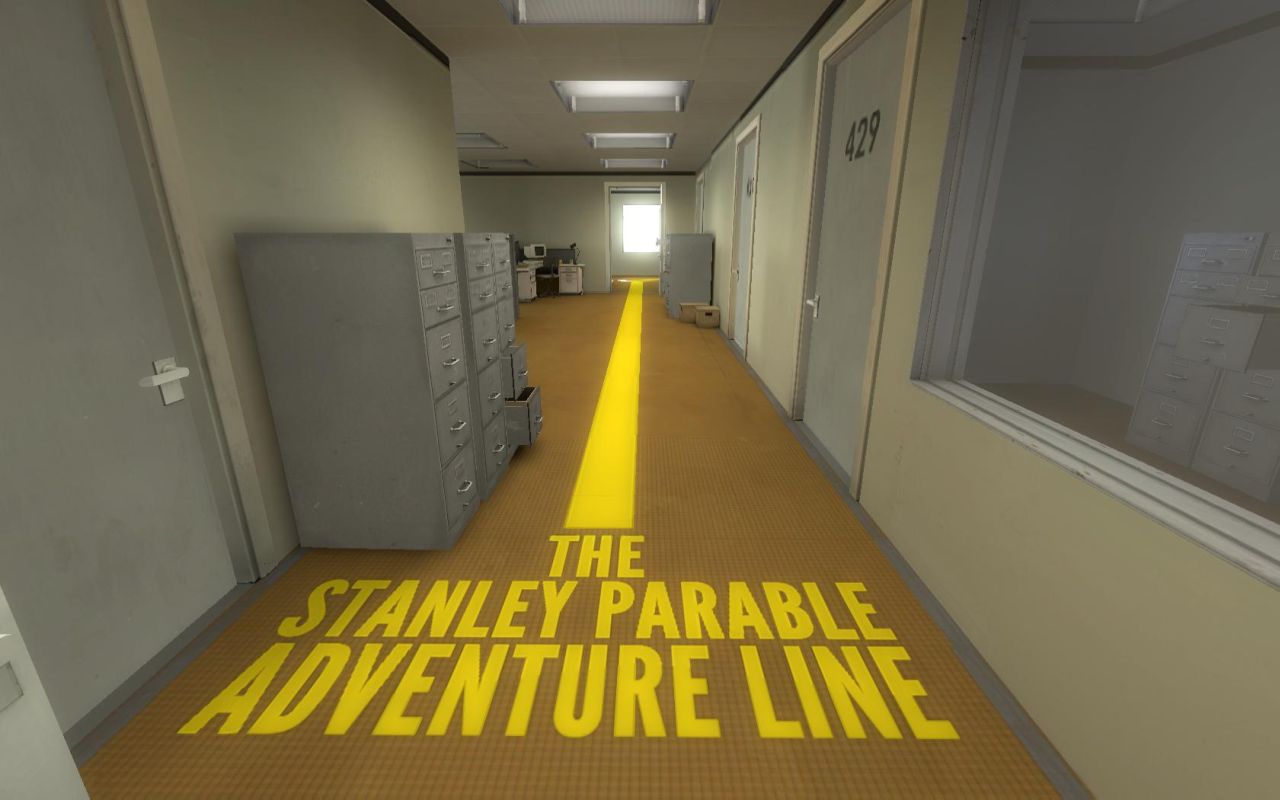 That first choice is a tutorial in disguise (the best kind of tutorial), telling the player that they do not have to be Stanley. That they might, as it were, take Stanley’s body and drag it along some other path. With the right choices the game becomes an all-out war between the Narrator (in the pro-Stanley camp) and Me (in the anti-Stanley camp) that sees the player trying to get the Narrator to admit defeat and accept the player as Me rather than Stanley. It can be done, though only by taking the Narrator by total surprise.

Through existentialism The Stanley Parable gains its soul. By telling the player that they needn’t be Stanley, we wander past every door thinking “Can that open?” and being treated to the brilliant fourth-wall-breaking dialogue from the Narrator when we realize that the door marked ‘BROOM CLOSET’ does in fact open. 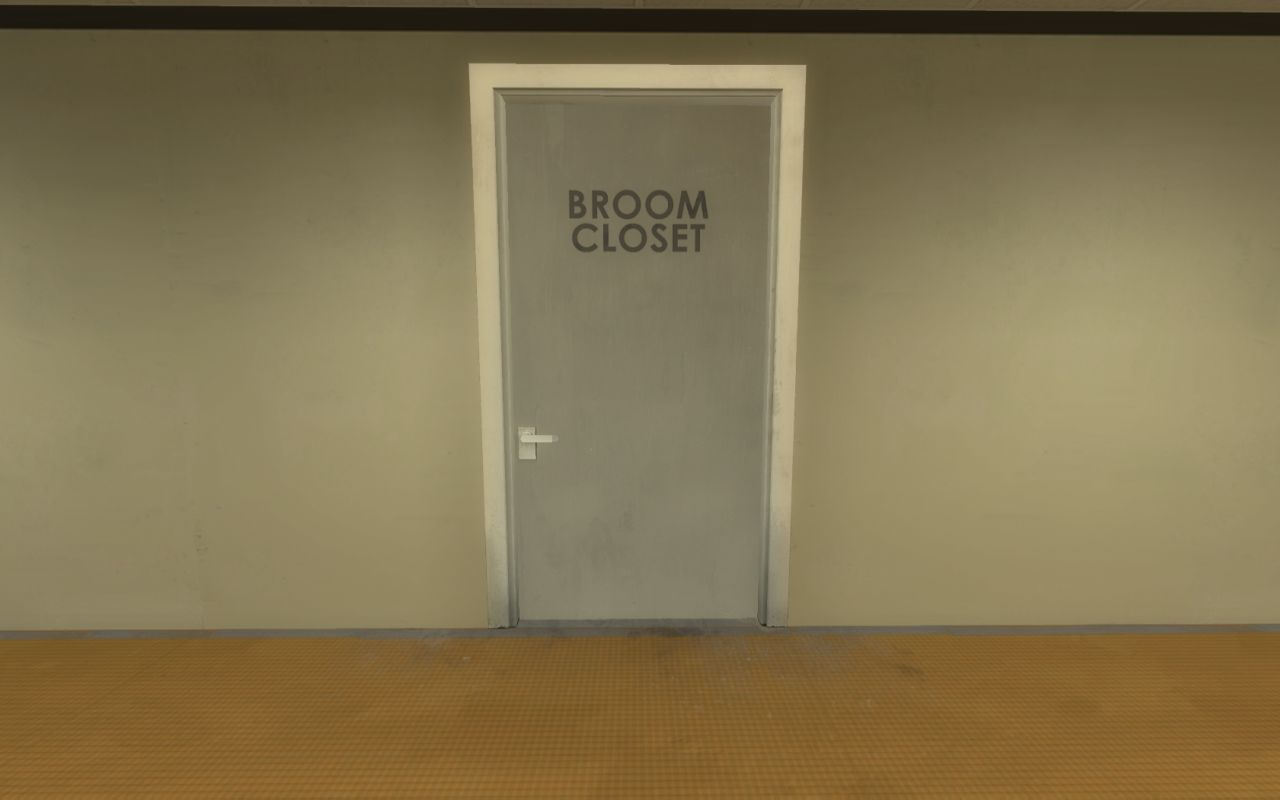 The Stanley Parable is also, again probably by accident, using another important concept to existentialism: ‘existential angst’ – the fear of freedom. Here the game does not draw on existential angst, but rather spits on it. Angst is the uncertainty of not knowing what to do, and fearing what you might do, like a man staring over the edge of a cliff. He might fall, and he is free to jump, and that scares him. That fear is existential angst. Except The Stanley Parable takes that fear of freedom and uses it to critique video games in a way that no other game has.

When confronted with the two open doors, there is, for a moment, that angst. “What happens if I go right?” the player wonders. But the normally restricted environments of video games, those incessant invisible walls and out-of-bounds areas, make the player yearn for greater freedom. Here it is on a silver platter, and the player cannot help but embrace it, angst and all. In a single stroke The Stanley Parable proved how artificial the ‘open’ world is. How restrictive most narratives are. We just follow the plot like puppets, unable to really influence the story. So often we gamers find ourselves working toward our ending only to have it reduced to Green, Red, and Blue.

However, I think it fair to say that when we say we want ‘choice’ in our games, what we really want is to experience that angst, that fear of freedom. Remember the final mission of Mass Effect 2, the tension, wondering if your decisions will get someone killed. That is certainly what I want when I talk about choice. And The Stanley Parable makes the player a friend of that angst with such success that it puts all of gaming to shame. 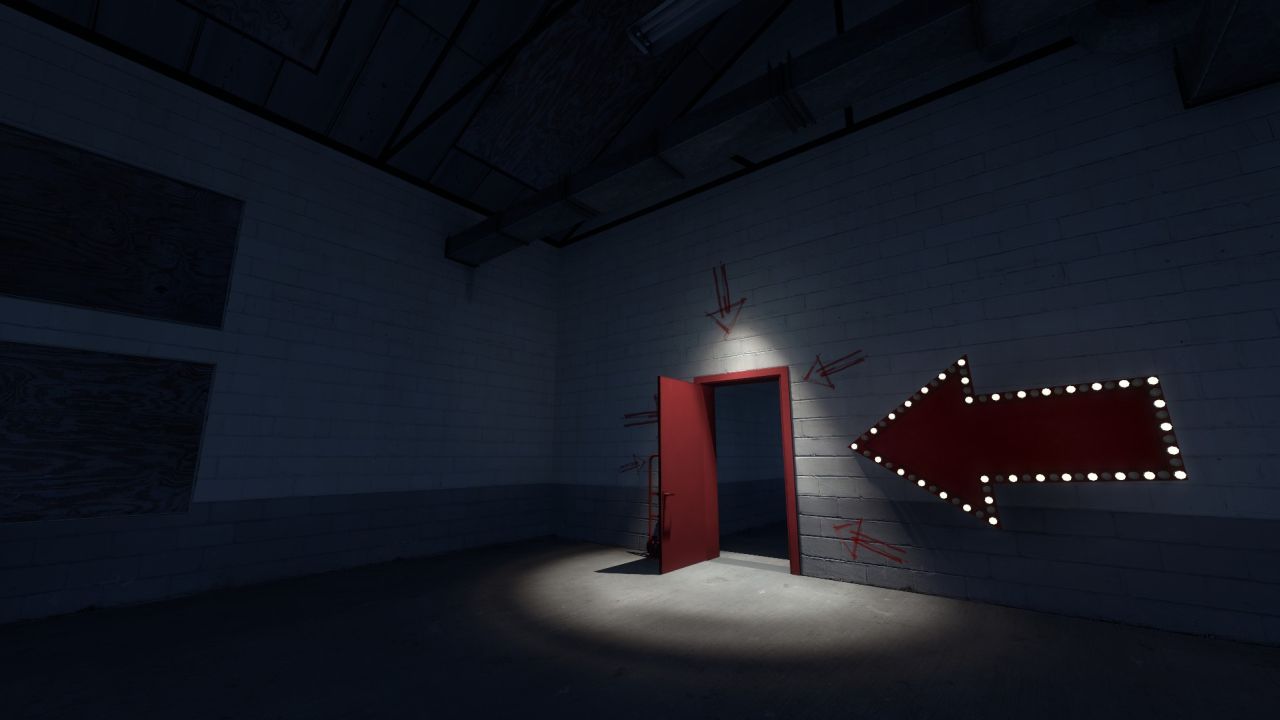 The Stanley Parable is one of my favourite games. It has humour, great writing, great voice acting, great design. But most of all it intelligently uses philosophy to prove its point, to goad the player into embracing freedom. Without philosophy The Stanley Parable would have been good, but with the use of existentialism it became great, and wormed its way into my heart forever.