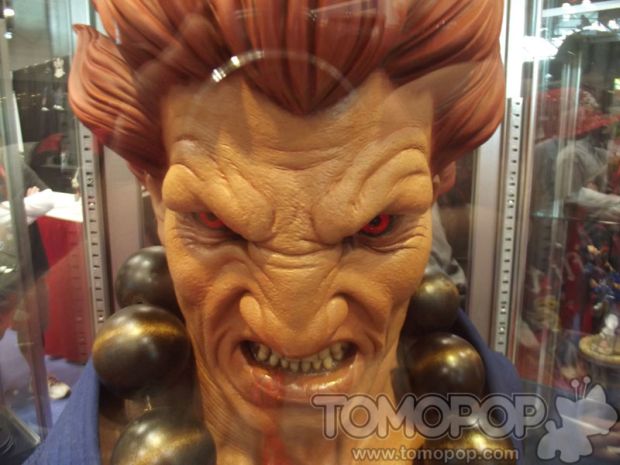 Here’s the latest in figure news from Tomopop

Our sister site Tomopop covers all the best in toys and figures, and they frequently cover a lot of videogame related toys. There was a ton of recent announcements thanks to New York Comic-Con, so we’ve pulled together the gaming related stuff all right here.

We’re going to start off big with Pop Culture Shock’s giant figures. Big figures come at a hefty price, and while there wasn’t a price listed for this terrifying Akuma bust, we can assume it’ll be up there in price as this Akuma vs. Gouken figure is going to be selling for $330.

Want your very own pet Metroid? Hopefully you were at New York Comic-Con as these very limited edition Metroids were being sold. Bonus: They were all handmade by cosplayer extraordinary, Linda Le.

Some sweet Devil Summoner action going on with this Kuzunoha Raidou figure is up for pre-order.

Some new Play Arts Kai figures were recently shown off. Most notable were the Assassin’s Creed IV and Metal Gear Solid V figures.

Kotobukiya teased a bunch of upcoming figures. You’ll want to keep an eye out for news on figures based on Juri from Street Fighter, Spartans from Halo, and stuff from the Tekken universe.

Speaking of Spartans, McFarlane has this new Master Chief resin statue based on the cover art from Halo 4. It’s pretty badass. It’s also pretty expensive at $295.