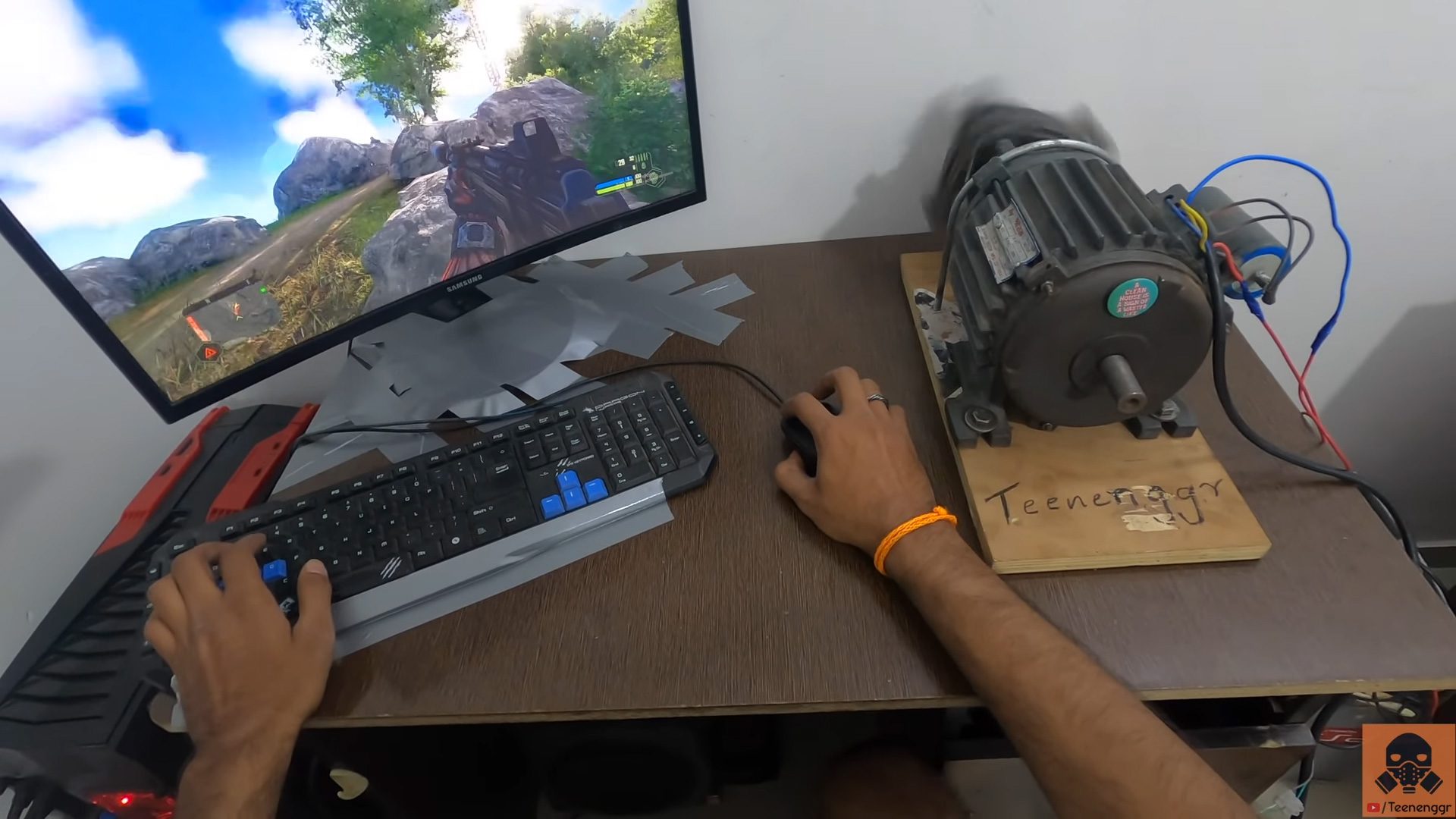 ‘After using this you will think twice before wasting a bullet’

How much controller rumble is too much? That’s the question (you don’t need to answer) at the center of this outlandish video from YouTuber Teenenggr. I just tumbled down a mini rabbit hole on the channel.

However much you think the table will shake based on the thumbnail, think bigger.

In a trip down memory lane, this silly rumble skit reminded me that I have one of those (at this point fairly obscure) Novint Falcon “3D Touch” haptic controllers sitting in a box somewhere, including a gun grip that had crazy kickback. I vaguely recall using it to play Portal in 2009. The controller fought back!

Actually earnest question: What’s the weirdest, funniest, fleshiest, or downright most vivid memory you have related to using a video game controller, accessory, or device? Only one of you can mention Rez.