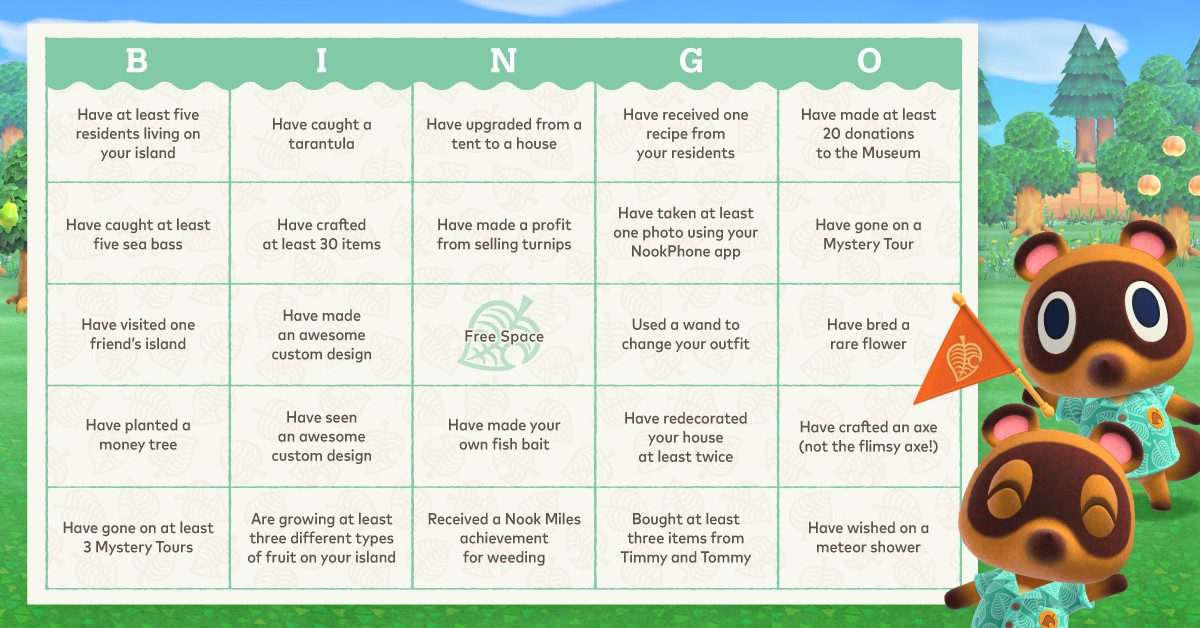 I posted mine, and a blank one for you

Nintendo recently put out an official bingo card for Animal Crossing: New Horizons, and I’m sure a ton of you instantly went “challenge accepted.”

As you’ll notice, a lot of it is stuff you can accomplish an hour in or so, and is a pure marketing effort from Nintendo to get you to notice some of the more diverse activities you can complete in New Horizons. However, a few of them are taxing, depending on how much you value certain elements of the game.

For instance, here’s the three I didn’t complete: catch at least five sea bass (I’m not big on fishing in New Horizons), use a wand to change your outfit and have wished on a meteor shower. Given that the wand and meteor showers are both linked to nighttime play — which I don’t really do that often — I haven’t finished those despite “beating the game.” Even Reggie is miffed that the nighttime events are so stingy!

I’m sure most of you have cleaned the whole card out though! At least I snagged a bingo through other means, sidestepping these, from a few rows.