How many would you even want?

The Wii U is in a interesting place right now. The past 12 months have seen the console spawn relatively big hits like Splatoon and Super Mario Maker, plus the ongoing sales juggernaut known as amiibo. While the toys aren’t console exclusives, it’s fair to guess that without the Wii U’s built-in NFC technology, amiibo probably would have never happened. As much as many dislike them, there’s no question that these little plastic figures have been a major source of profit for the company of late, more so than other recent games like Devil’s Third or Fatal Frame: Maiden of Black Water.

On the other hand, with a new year upon us, many seem to have already put the Wii U behind them. When Nintendo reiterates the next home console Zelda title is a “just a Wii U release”, some act surprised, as they’ve already convinced themselves it will be coming to the upcoming NX console as well. Some have gone so far as to predict Zelda Wii U isn’t coming to the system at all, and will instead be retooled as an NX-exclusive launch title.

That kind of thinking flies in the face of current rumors that Nintendo is on the cusp of announcing a new Paper Mario title exclusively for Wii U. There’s also been a recent upswing of reputable reports indicating Mother 3 will finally be released on the Wii U Virtual Console outside of Japan later this year. On top of all that, we’ve still got Pikmin 4 for Wii U on the horizon, assuming that Nintendo’s announcement from last September still holds water. None of these ideas would have sounded all that surprising a few years ago, but on the cusp of a new console, would Nintendo really want to continue to throw resources at system with a meager install base of just 12 million? 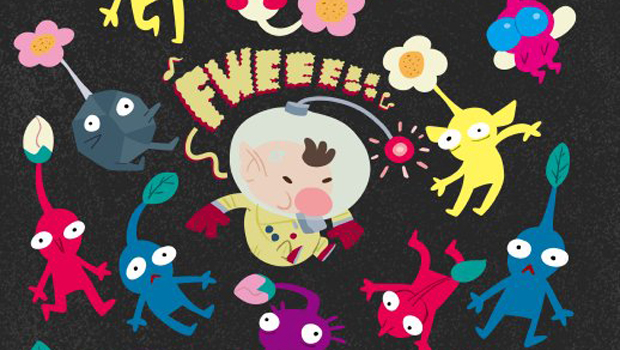 My guess is if Nintendo does continue to support the Wii U into 2016 with titles like Mother 3, Pikmin 4 and a new Paper Mario game, that amiibo will be a major part of its plan. If relatively-detailed, plastic amiibo make a profit at $13 a pop, just imagine how much money Nintendo could make off of flat, laminated paper amiibo based on the Paper Mario franchise. I’d also have to guess that new HD Paper Mario and Pikmin games would potentially be a lot cheaper to produce than something like all new, all polygon-based titles like Xenoblade Chronicles X or Star Fox Zero, making them less risky bets overall.

There’s also the question of whether the NX will be able to play Wii U games right out of the gate, potentially with enhancements or exclusive content. If the NX ends up being a hybrid of a portable and a home console, allowing you to play 3DS, Wii U, and NX titles from day one, then Nintendo wouldn’t be a need to stop making Wii U games right away in order to support its new device. If this new Paper Mario is real, and set for release soon, then it would be fair to assume that Intelligent Systems has been working on it for a while. Maybe the studio didn’t know from the outset of development that the Wii U would end up being Nintendo’s least successful home console to date, but if the NX is fully backwards compatible, that may not be too big of a problem in the end.

Of course, I also wouldn’t be surprised if these new Wii U Paper Mario and the localization of Mother 3 rumors wound up being incorrect. All of the information behind them may be real, but Nintendo starts and stops projects all the time. It also tends to pivot content headed to one console towards new hardware on a relatively regular basis. It’s just that we usually don’t hear about those decisions until years after the fact. I still remember hearing from Miyamoto himself that development on the Wii-exclusive Pikmin 3 was “going well” back in 2008, which goes to show how little game developers sometimes can say for sure what, when, and where their work will go.