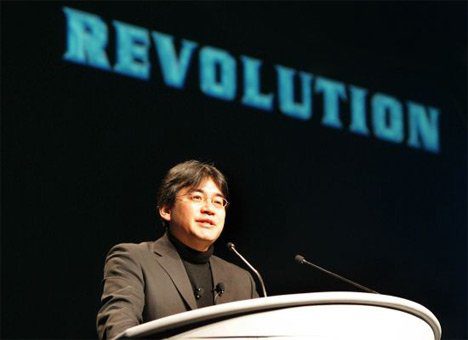 Often heralded as the most innovative console and game developer in the gaming industry, Nintendo has come a very long way from the card-manufacturing company it was back in 1985.

Each of their major franchises has its own set of rabid fans, and to this day, Nintendo fans are among the most loyal the gaming community has ever seen. With the exception of maybe the GameCube, each of their consoles has sold remarkably well and has never failed to please their target audience. Their handhelds alone would guarantee them the #1 rank out of all three console developers. They are the pioneers of innovation and lead the charge when it comes to changing and molding the way we play games.

But say we ignore handheld gaming for the duration of this post. How does Nintendo hold up against Sony and Microsoft? How creative is Nintendo really?

Proceed with caution, Nintendo fans; I fear you might not quite like what you read after the jump. I have set aside my undying love for all things Nintendo in an attempt to provide a brutally honest and unbiased look at the company, their past, their present and — with any luck — their future.

Certain facts about Nintendo could very easily give one the impression that they are among the more conservative of game developers. Although Nintendo has always governed the way we play games and made radical changes to the same, one must admit they will not change themselves unless they are absolutely forced to.

See what I mean?

Now, don’t get me wrong. I have spent countless hours of my life on each of those franchises, and I love them all dearly. Yes, none of the Zeldas are related, and in that vein, one might be able to compare them to Final Fantasy … were it not for the fact that every game is about the heroic elf rescuing the princess.

Nintendo will not change unless they absolutely need to. They make more than enough money adhering to their ways, and this seems to suit them just fine. Or did. I feel the GameCube was a wake-up call of sorts for their entire team. It took a radical device like the DS to pull Nintendo out of their slump during the last console war. With the introduction of Satoru Iwata and Reggie Fils-Aimé into the picture, it seems Nintendo’s image has pulled a 360 (no pun intended).

The Wii is the perfect example reinforcing this fact. Let’s go back in time to about a year ago. The DS was all the rage, but no one wanted the GameCube. Nintendo hadn’t allowed much mature content on the console. They were very adamant about this. The system lacked online play, and they had somehow managed to alienate several major developers. The PS2 was kicking ass, and even Microsoft’s newly released Xbox managed to sell more units than the GameCube. Before this, the N64 had failed to match up to the PSOne due to Nintendo’s obsession with the cartridge format and their refusal to embrace change.

Fast-forward to the present. The Wii is selling like hot cakes. Everyone loves it. Nintendo is on the look out for mature content for their new brainchild. The witty, charismatic “Regginator” is NOA’s president and Nintendo’s new face in the Americas. New franchises are in the works. And yes, there is even a service for online play in the form of WiiConnect24.

Wait, did I just say “service for online play”? I must have been referring to that broken, botched-up, infuriating, miserable excuse for an online service Nintendo threw at us straight out of the box with the Wii. That putrescent piece of filth that — ahem. Excuse me. What I mean is, the DS used Friend codes. People hated Friend codes. There was — what was the line?

“There was much wailing and gnashing of teeth.”

And what did Nintendo do? They went ahead and used them again.

Really now, is this what it’s come down to? The Wii is an ingenious device. The sheer concept of the console itself demands applause. Why then, did the Big N choose to muck it up at the last minute with WiiConnect24? Why did they refuse to change? The entire purpose of online gaming is to meet and play with new people. People are doing everything they possibly can to work around Friend codes and Nintendo’s non-existent match-making system … could this be the reason? Are we not bitching nearly as much as we should be? Someone once told me Xbox Live is what it is today because people bitched and bitched and bitched about it nonstop. One wonders why Nintendo didn’t simply look to Microsoft for inspiration. Or — heaven forbid — Sony.

People complain Sony copies Nintendo. Yes, they do that. There’s no denying the fact that Nintendo does majority of the hard work (inventing) and Sony comes along and makes profits by doing the rest (imitating or improving). They did it with the analog, they did it with rumble, and they’ve done it again with the SIXAXIS. But is it really a bad thing?

If Sony were to stop copying them, Nintendo would be far less compelled to keep coming up with the new, innovative and crazy ideas that make them stand out from the rest of the crowd. They’d probably take the easy way out and throw together a console that was big on graphics and low on innovation. They would refuse to change.

Boom. No more Nintendo. Not the way we know them, anyway.

Refusal to accept change was a large part of the reason Nintendo couldn’t catch up to Sony all these years. They deserve to be numero uno, but they aren’t. However, all is not lost. As we all know, Nintendo’s fans are far more loyal than either Sony’s or Microsoft’s. These fans remain loyal and continue to support the company through, both, good and bad times. The Wii is here. The Regginator is here. Mature content is here. Nintendo finally seems to be embracing change and deviating from the business strategy it has conformed to all these years.

Hell, I even see hope for WiiConnect24. In case you haven’t heard, Maple Story is headed to the DS, and seeing as how the game is an MMORPG, there is no way Nintendo will force us to put up with WiiConnect24 in its current state for much longer.

And with that, I’m going to end this post on a good note. Nintendo is changing. Change is good.