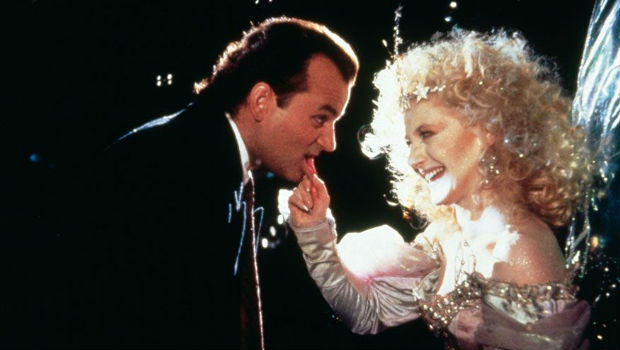 We’ve all died at some point. Hit by a brown sedan while crossing the street, shot in the face by a drug dealer with bad skin, fell into a lava pit, crushed by a rampaging wild horse, vital organs consumed by a skinless horror, dropped out of a jet in mid-air, stabbed through the heart by a giant spider, pulled through a portal to hell, legs blown to pieces by a sticky grenade, pecked to death at the beak of an angry chicken, head cut off by a rampaging yokel or hammered into a fine paste by a robot that is also a tank. These are all bad.

Death is a nasty, permanent, mood-killer in the real world. It is literally the last thing you will ever do. It’s the end of the movie, the final note in the symphony and the only certainty in a short, human life. Silent oblivion.

But while death remains the grand finale of life – until our eventual absorption into the robot overnet – things are all messed up in the gaming world. Death happens in the middle, an inconvenient obstacle or minor setback on the road to greater things. There is a very good chance you will die in most videogames, and usually more than once. And so death becomes a powerful tool in the developer arsenal, allowing gamers to experience something generally reserved for people unable to report back. It’s a tool often misused and overlooked, however. Most games currently use death as a measure of skill, as in: you died because you suck, try harder. 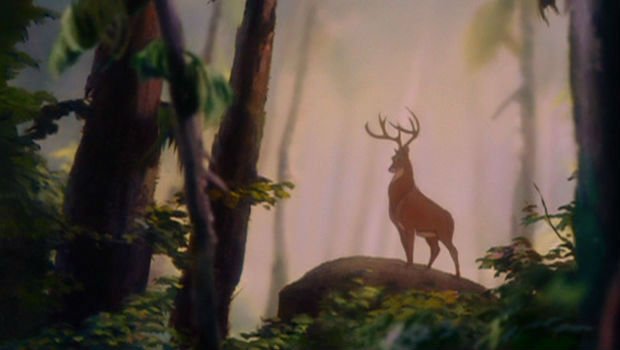 Few games aim for a meaningful death. Now let me clarify by saying that “meaningful” does not mean you have to cry. It doesn’t mean soft music has to swell and they give you a state funeral. What it does mean is that when you die in a game it should be for a purpose, and that purpose should serve the rest of the game as well as you, the player. A good death contains three things: loss, consequence and the chance of redemption.

Coming back to the real world for a moment, the loss component is obvious: your life. Real death is always a loss, especially if you’re the one sodding off this mortal coil. You’re losing everything you have, as well as everything you ever could have had in the future. People will be sad, you won’t get to have sex, you can’t play videogames anymore and your body will continue to rot away long after your brain stops transmitting.

In game, this is a tough one, because you’ve generally got nothing to lose. Worst case scenario, you say goodbye to some progress and have to reload, and this is where a lot of games stumble. There’s no reason for me to care if my fictional space marine was just massacred by the alien horde if I hit a few buttons, Superman flies backwards around the Earth and Corporal Johnny Deadface gets up like nothing happened. Imagine how difficult it would be to cry at Gran’s cremation if she was sitting next to you.

Look at Fable 2, a game where dying means nothing more than falling over. Take too many hits and your blank-faced avatar will dramatically flop to the ground, then get up a few seconds later, ready to kill some werewolves and fart to impress ugly peasant women. The only loss you suffer is experience points, which explode out of you in all directions, and a permanent scar on your character’s alabaster skin. The experience points, of course, only help with the fighting, which you only need to get good at if you don’t die. Which doesn’t matter because all you lose is experience. Round and round it goes.

The scarring is a good idea in theory, as it changes your hero’s look forever more, but in practice it makes little to no difference. Worse, since death is as unavoidable as it is pointless in the Fable universe, getting a myriad of ugly scars is par for the course and no deterrent. 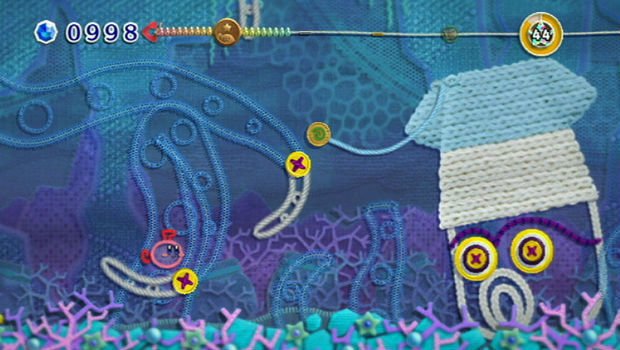 Contrast this with the recent explosion of adorable magic and STRING, Kirby’s Epic Yarn, which does not allow you to die in any way. No matter what atrocity befalls the chubby, pink cannibal, Kirby remains alive and the level continues. But there is loss, in the form of colored beads collected in each level, beads which are lost when Kirby gets attacked. They don’t mean anything, of course, unless you care about scores. Or refurnishing an adorable yarn town. And just like that, the game has given you a scenario in which avoiding “death” provides rewards.

Sonic games have been doing something similar for years, with their precious golden rings. So has Metal Gear Solid, teasing the player with the possibility of unlockable items and super cool codenames if they manage to dodge mortality. Minecraft feeds on player investment, inviting you to build a magic castle or mine deep into the earth with only a slight chance of it all exploding and being gone forever.

Raise the stakes, invest the player and engage them with the situation. Then break their fingers with a claw hammer. Forcing the player to lose something is worthless unless there are direct consequences for their actions. Most gamers know the frustration of being killed in whatever jungle, office building or evil space station, not knowing what the hell happened, reloading and then being murdered again in the same way. Turning off the game in disgust, swearing bloody vengeance on the creators, etc.

This is not a satisfying death because we had no part in it. This step in the death process is heavily dependent on how well the rest of the game works — and random deaths are often a hallmark of terrible games — but it’s also about how your demise is framed. Prince of Persia: The Sands of Time will kill you. It will kill you over and over again. But most of the time it will be your fault, because you flip-jump-swing-roll-jumped instead of flip-jump-swing-jump-jumping. And most importantly, it gives you an escape. Through the magic of time travel, the Prince can skip back a few seconds and, hopefully, prevent things going south.

But even this is dependent on three things: did I bring enough magic time travel sand with me, have I left myself enough time to get back to safety and am I good enough not to fuck it up again. Setting up a possible way to cheat death, then leaving it to the player to pull it off, means they will blame themselves when it fails and not the game. 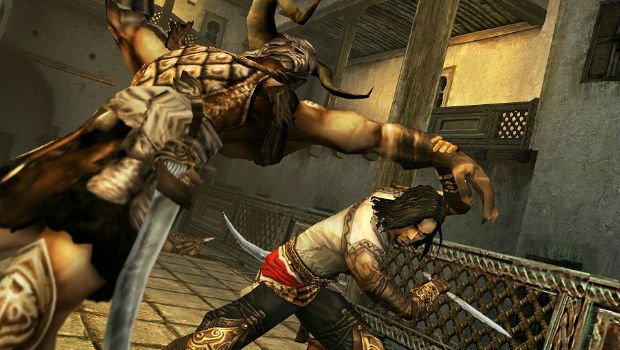 Traveling forwards to 2008 and the Prince of Persia reboot, Ubisoft Montreal took things to the opposite extreme. Dropping the time traveling gimmick completely, the game instead had a magic lady appear to grab your and sit you back on whatever ledge you fell off. As a player, absolutely no input was required. You could actually close your eyes and leap in any direction and it wouldn’t change a thing. It was like having your mother leading you around on a safety leash. Without any consequences for my actions, I honestly don’t care if the magic tree lock has been broken by Brian Blessed and an evil thunderstorm is going to kill us all.

Once all of this is in place — once the player has lost everything they love, been severely punished for it and lies broken and bleeding on the floor — that’s when games offer a hand. Redemption after death is a concept mostly confined to the videogame realm, aside from the occasional Johnny Depp western film and totally-legit religious experience. Since death isn’t the end of the story, it can be a springboard for players to learn from their mistakes and deal with the consequences. Your average game handles the second chance part well enough — you die, the game loads up your last checkpoint, you try again — but falter with the follow through on consequences.

Back in the blocky universe of Minecraft, dying means re-spawning back where you started, but without a resetting of the world. For all intents and purposes you are now a clone of the player that just died, forced to deal with his mess. What does this mean? Well your amazing collection of diamond pickaxes, your gold blocks, those delicious mushrooms and the carefully arranged multicolored wool samples you had in your pocket when that zombie appeared and chased you off a cliff are scattered around your corpse. And you are, potentially, a billion magic miles from that location.

At this point you have two choices: you can make the risky journey across the right-angled tundra to retrieve your treasures — hopefully before the 15 minute item vanishing limit — or you can accept they are gone and start rebuilding anew. Either way, your death has not only affected this local event, but everything you do inside that save file from then on. Your murder has literally shaped the world. Kudos. 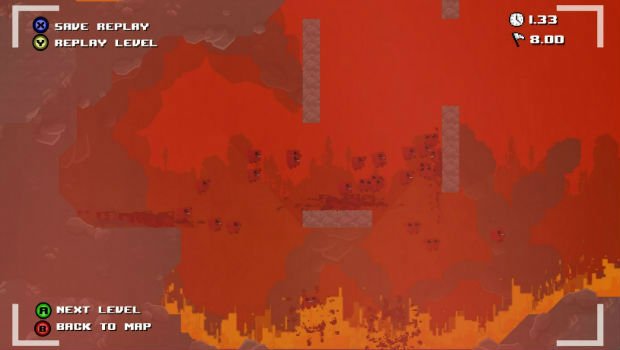 Not all games work with a persistent world, of course. It would be disconcerting to see piles of corpses bearing your own face, shame dripping out their ears, as you attempt to answer the Call of Duty and save America from beards. There are other options, however. Super Meat Boy is ball-crushingly hard and hungers for your quick death, along with the thousand deaths which follow, but it rewards persistence. Each plunge into the doom pits of fire, each grotesque faceplant into a rusty saw blade and high-speed meeting with dirty needle piles, is a lesson about how bad you are at Super Meat Boy. And they make the win so much sweeter in the end. At the end of a stage the player is treated to a simultaneous view of every attempt they made to pass, a hundred boys of meat racing to their doom. On an academic level this allows people to track their improved progress. On another level it’s bloody hilarious.

And that’s it. You’re dead, but you got better. At the genesis of gaming, death was rarely more than a way to make you stop playing — or put in more quarters — but leaps in technology and overall quality afford developers the chance to create memorable bucket-kicking moments. If they choose to try. Death should be feared, but not run from. Like everything else in a videogame, it should further our enjoyment of the game itself, not be just another item on a checklist of features. And maybe the next time you die, you’ll think about what you lost, what that means and how you can stop being such a disappointment to your mother. 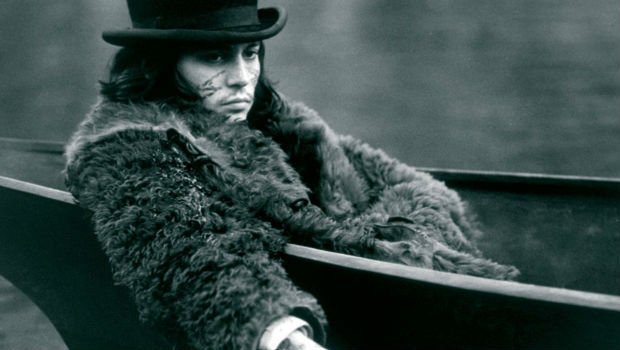