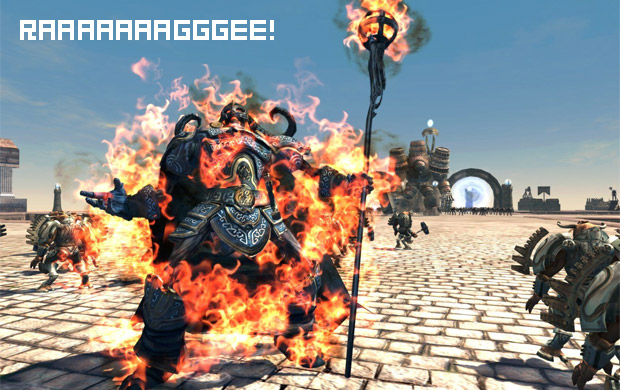 While most of us were off stuffing our faces with chocolate eggs and persevering against the evil that is the Easter Bunny, the support team for the recently released Demigod was hard at work no thanks to a certain retail giant.

For whatever reason, GameStop released the game last week even though it wasn’t supposed to be sold until today. Normally, this wouldn’t be a huge deal, or anything too out of the ordinary, as street dates are broken quite frequently.

But it’s the fact that Demigod is being heavily pushed as a digital download that’s got people speculating that GameStop purposely botched the launch date in defiance of Stardock’s digital distribution platform, Impulse. Either way, the slip-up forced the game’s support team to configure the multiplayer servers for the unexpected amount of early players over the weekend, right after “a good solid eight weeks of massive crunch.”

I don’t think I need to remind you all about the state of overtime in this industry. Stardock CEO Brad Wardell has commented on the situation, saying that it’s “maximized” piracy for Demigod (the game is free of copy protection), and is in discussion with GameStop to figure out how this could have happened.