This is the most personal post I have ever written for Destructoid.

At first, I was nervous about sharing this much about my life. But then I realized this is a story I really wanted to tell. I thought that if this very personal experience could inspire just one person or help make one life just a little better, it would be worth it.

This is a story about a very confusing part of my life and how one particular videogame completely changed everything for the better.

This is a story of how Final Fantasy VI saved my life. 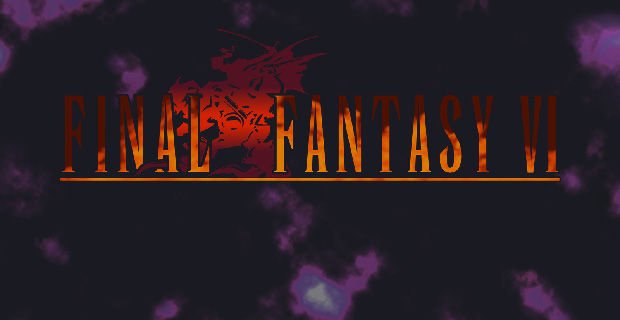 It is hard to believe given my ridiculously optimistic personality, but I used to be an unbelievably shy child. I had some friends when I was very young, but when I got into junior high and high school, I was a loner. I would hang out in my room and do two things: draw pictures of roller coasters and play videogames. Those are the two activities that made me the happiest.

I didn’t have a particularly sad childhood or anything. There are a lot of kids out there that really go through some hard times. I had great parents, went to a good school, and got really good grades. I was just very quiet and didn’t really have any friends.

But on top of all of this I knew something else was going on with me. There was something I was confused about that I just didn’t really understand. 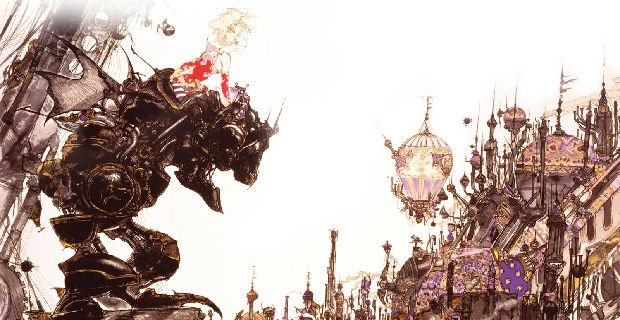 After getting through high school, I started college. I really wanted to be a roller coaster designer, so I went to a major, fairly prestigious university in my home state of North Carolina.

I was nervous to start college like everyone else, but I figured if I had my sketchbook and Super Nintendo, I would be just fine.

College was a completely different world for me.

It was hard for me to just seclude myself in the world of videogames and corkscrew loops. I had to be more social. I had to interact with a giant group of people I had never met on a level I was not comfortable with.

But I got by. I did what I had to. I attended my lectures, took notes, and hung out with a small group of very nice people while at lunch or between classes. 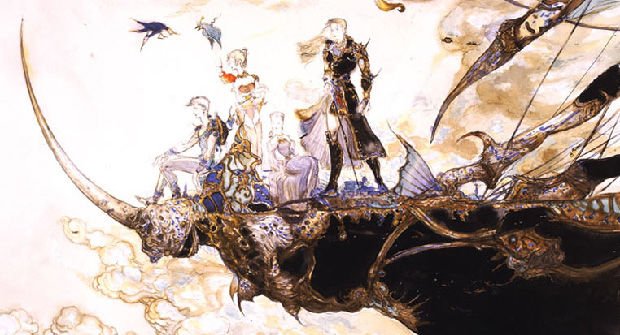 When I was in my dorm room, I would curl up in my bed, hook up my Super Nintendo, and just play videogames. That is what I looked forward to the most each and every day. That time in my room when it was just me and my games.

Then things started to happen.

My college roommate was someone I was randomly selected to be with. He was not very nice. He used to constantly make fun of me for playing videogames and mock me for not wanting to go outside and hang out with people.

I was fine with ignoring him, but things just got worse.

After a while, my roommate and his friends on the same floor would gang up on me and continue to make fun of my lifestyle.

On top of all this, they would start teasing me for being gay.

I’m not gay, I would think to myself. I’m not gay. Why are they making fun of me for something that is not true?

But maybe it was true? I mean, I was confused about a lot of things, and I think being gay may have been one of them.

To make myself feel better, I would just play more videogames. I stopped concentrating on my roller coaster designs since I didn’t even have the energy to leave my bed.

The taunting continued, eventually getting physical. It was awful.

I was scared to even leave my dorm, and even more scared to talk to anyone about what was going on. I was afraid to even mention the word “gay” in the same breath as my name.

To this day, that first year at college was the lowest point of my life. Going through such a personal struggle about whether I was comfortable with being gay was hard enough alone. Having guys make fun of you by posting mocking signs all over the dorm and punching you when they incorrectly thought you were looking at them in the showers made it even more brutal.

I couldn’t take it.

Now, I never considered doing what some people may think I would have considered. I never got to that place.

But I was sad. I was sad and confused. Enough to actually make me leave school.

I went home one weekend and never went back. I told my family that I just didn’t want to go back to college.

Understandably, they were confused. They had no idea what had been happening with me, so they just thought I was randomly giving up. I refused to tell them what I had gone through, out of fear that they might ask me if I was gay.

I lived in my room for a while after all this.

I lived in my room and dove into my videogames. 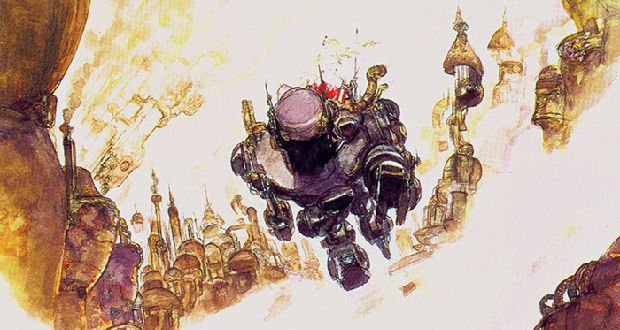 At one point I decided to replay Final Fantasy VI. It was one of my favorite videogames and I knew the length of the game alone would give me an excuse to just separate myself from everything that was going on in the world.

I had no idea how much the game would change my life.

I became obsessed with playing.

Every single part of the game meant something to me.

When Terra and her companions marched towards Narshe at the start of the game, I was entranced. 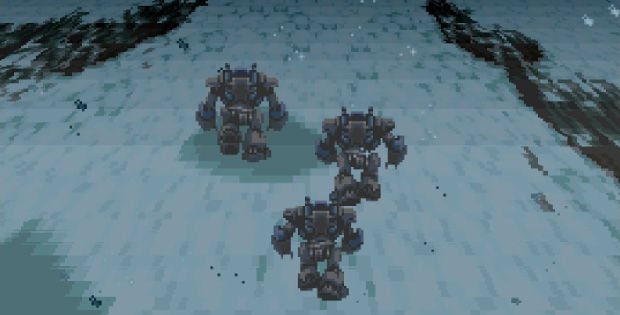 I became enraptured with certain characters in the game. Terra, Celes, Locke, Sabin, Cyan, Setzer, Relm. Each one of these characters became almost like friends as I watched their sad and sometimes very tragic storylines unfold on the glowing screen in front of me.

Their stories became my story.

While the entire game hypnotized me, there were particular scenes that really affected me on a very deep, personal level.

The opera house. When Celes sung her aria it was hard for me to hold back tears.

The  ghost train. I was unimaginably moved when Cyan said a final goodbye to his deceased wife and child.

The Solitary Island. Watching Celes struggle with being alone and losing someone she loved really hit home. When she tried to commit suicide in the game by jumping off the cliff, I almost couldn’t bear watching. It all just felt so real to me.

Each one of these moments had a profound effect on me.

I wasn’t just playing a simple videogame anymore. I was experiencing a piece of art that was slowly changing my life for the better. 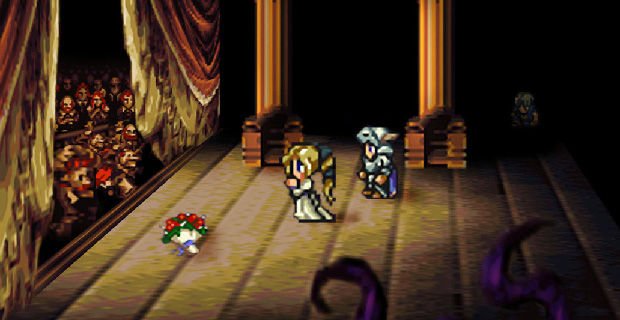 Each time I played Final Fantasy VI I felt better about who I was and the situation I was in. I started to emerge from my depression as I lost myself in the world of the game. I would smile every time I saw a sequence with gorgeous graphics. I would close my eyes and feel my heart beat to the game’s gorgeous soundtrack. As each new sequence introduced itself, I would think about my future and the person I wanted to be.

There have been many videogames that have made me happy over the years — that’s why I love playing games! — but Final Fantasy VI was different. The game was perfect for me at that point in my life.

I don’t think it is crazy to say it genuinely saved me.

After playing Final Fantasy VI, I started to become the person I am today. 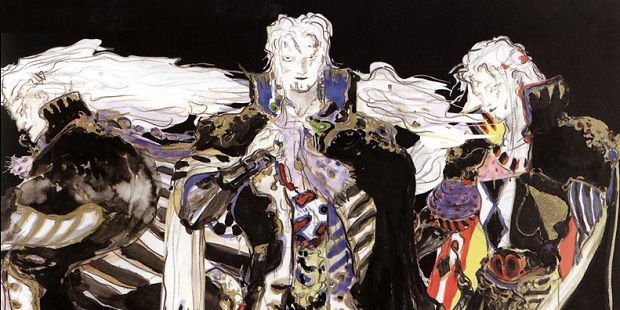 I can’t pinpoint the exact moment that changed me into this person, but I know the game helped me get there. Maybe it was when Edgar and Sabin flipped a coin for control of their father’s kingdom. Maybe it was when I first discovered I could wait for Shadow and save him from death on the Floating Continent. Maybe it was when Setzer mourned the loss of his beloved Daryl.

Maybe there wasn’t even a specific moment at all! Most likely, it was a combination of every brilliant moment in the game and my willingness to let it grab hold of me and open my eyes to everything awesome in the world.

All I know is: when I was finished playing Final Fantasy VI, I was happy again.

I was not afraid to be myself.

I enrolled in a new school with a new focus: writing.

I made tons of friends.

I started to tell people I was gay.

I WAS OUT OF CONTROL! AND IT WAS AMAZING!

Final Fantasy VI had such a positive impact on my life, that every time I hear a note of music from the game or even see a familiar sprite, I think about the powerful effect it had on me.

I will never forget the game as long as I live. 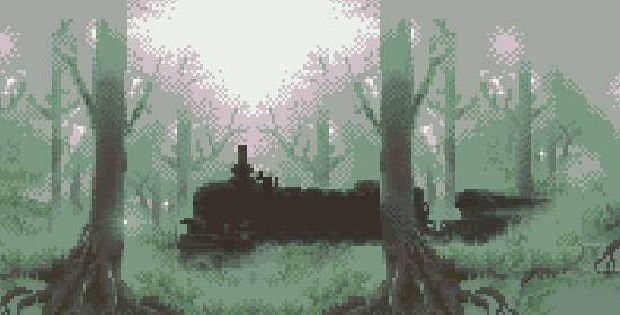 This is why I love videogames as much as I do. They are not just pieces of entertainment to me. They have helped mold me into the person I am today. They had a hand in getting me through the hardest and most confusing time of my life.

When I eventually went back to school, my transformation was finally complete. I was the happiest I had ever been. All these years later, I am still going strong. And videogames are just as an important part of my life. I am still just as happy, just as confident, and not just comfortable with, but proud of the person I am.

Would I have changed this much as a person despite Final Fantasy VI? Maybe. Is there a chance this is all just a coincidence? Could Final Fantasy VI have been replaced by anything that I happened to dive into at the time? A good book? An amazing movie? Perhaps.

It is truly something special.