One of the biggest things about the new Assassin’s Creed IV: Black Flag is its promise of a big, emergent, seamless open world. Granted, pass Assassin’s Creed games have offered huge environments before, but this is something more. Something similar to that of Far Cry 3’s world.

As Ashraf Ismail, game director on Black Flag, described all the major points about the new game to me, I couldn’t help but compare it to Far Cry. And as it turns out, the first-person tropical shooter influenced some of the new design decisions, to the point of even bringing some of the team that worked on Far Cry 3 on board.

“We learn from the games that we develop internally at the studio,” Ashraf told me. “Far Cry 3 had that awesome element of completely distracting the player and having you pulled off the main path. We actually have a bunch of Far Cry 3 development members in our team and they’re helping us bring this to the naval world. 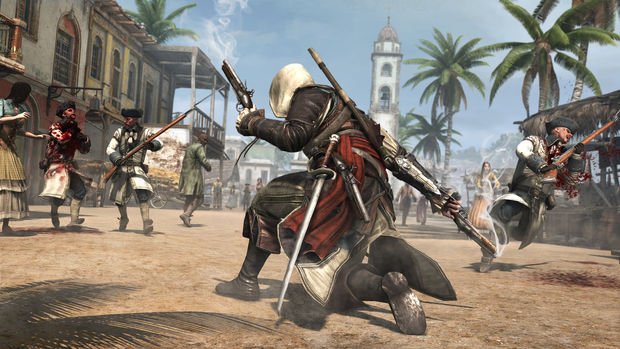 “We have a big ocean with lots of locations but we needed to make sure that the player is constantly teased and motivated on a very rhythmic basis,” Ashraf continued. “So they’re helping us, those guys that came on, their task was actually to work on the systems. We have a bunch of systems that are fairly defined with rules and these systems when they interact with each other is where you have emergent gameplay. This is something that was successful in Far Cry 3 so we have these guys as part of our team now to help push this element, and this is new for the franchise.”

While the emergent gameplay was a blast to play in Far Cry 3, it was also an actual key component that proved useful to those that interacted with it. It’s not every game that I’m going to spend over an hour just picking flowers and spend time doing other dumb sidequests. These distraction have real value within the game, and the progression in Assassin’s Creed IV is tied to upgrading your ship, a new mechanic for the franchise.

If there are big bad beefy ships out there, they will destroy you easily. The Animus’s invisible walls no longer block you; it’s these ships that can come in all sorts of shapes and sizes that will. You have to upgrade your ship in order to stand a chance and progress, and in order to accomplish that you need to explore the world, find treasure, plunder other ships, and so on. All this will make you stronger. That’s your incentive.

At the same time, developer Ubisoft Montreal strove to make the world itself to be easily accessible. It’s not fun when you have to constantly load each environment, and with ACIV there’s very minimal loading. 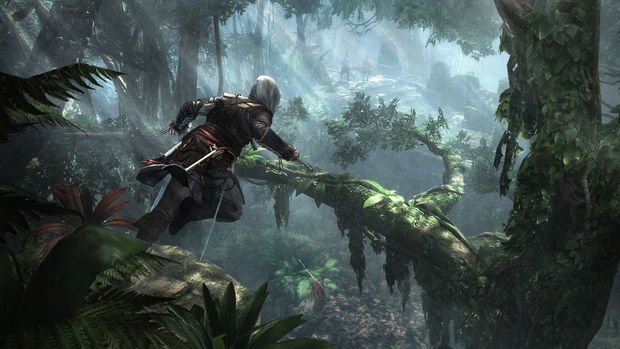 “The real thing we’re trying to go for is exploration,” Ashraf explained. “This world we’re creating is the freshest AC world we’re building. We really want players to care about all the new content and constantly be going forward and be motivated to see what’s out there, to see what’s beyond the horizon.

“What we want is that when you’re in the naval that you get distracted easily. Going to a mission marker, see stuff in world that teases you and pulls you off the track. What we would love to see is a player decides they’re going to go to Nassau and then half an hour later they’re all the way down south near Kingston not realizing how they even got there because the game kept pulling them in and teasing them with new motivations. This is something we’re really pushing to have. We want players to be immersed in this world.”

Ashrif wants this world they’re creating to recapture the promise they made to players in the very first Assassin’s Creed game, where you can interact and explore the world with total freedom unlike any game before.

“We want to bring this promise with ACIV. When you’re driving your ship, the Jackdaw, and you see a beach, you can let go of the wheel and jump into the water and swim to that beach. When you have a dock you can dock your ship and just jump, completely seamlessly without any break in the immersion or break by loading screen. This is something very important for us. We worked very hard on this.” 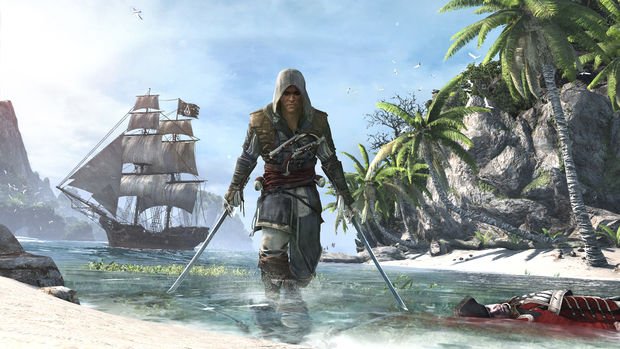 While a large portion of the game will be seamless, there will be some loading, such as when you enter one of the three main cities of the game. You can see them from a distance as you’re getting closer to them on your ship, but you actually have to be loaded into them in order enter.

“There are points where we had to decide do we push really hard and sacrifice other features or do we accept loading here,” Ashraf explained.

They’re also working on the cinematic loading times, something that was an annoyance to me in Assassin’s Creed III. They’ve improved how cinematics are integrated and presented in Black Flag, such as how they’re being loaded in behind the scenes before getting triggered. In fact, there’s a specific team just focusing on trying to make it as seamless as possible.

Based on my meeting with Ubisoft, it looks like they’re really pushing to retain as much immersion as possible during the experience, set in one big open world.

“Really the goal from the beginning of the production was to have one fun epic fluid harmonization game,” Ashraf said. “This has been our driving design direction. We want players to really see the Caribbean as one big world.”