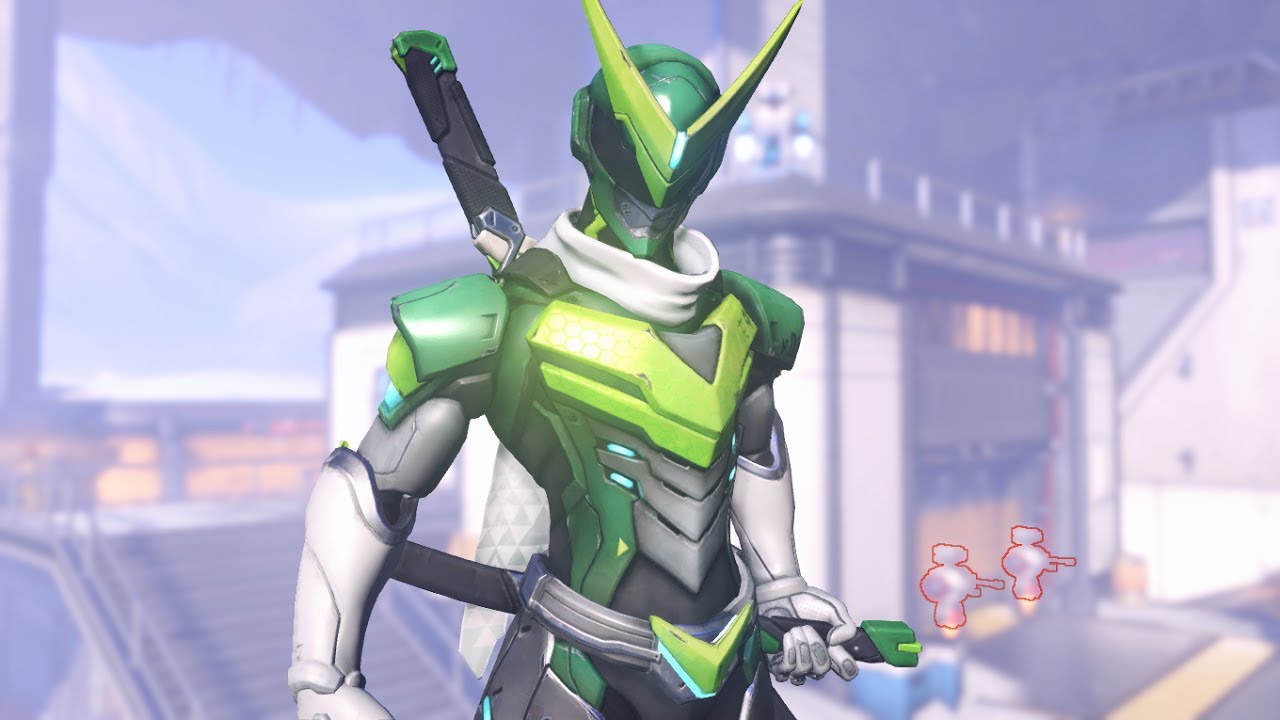 It’s only been one year? Mada, mada

We’re all knee deep in Overwatch anniversary loot box shenanigans now. I’ve only received one anniversary skin, and Zarya’s Cyberian skin isn’t really the greatest (why is the texture on the mask so bad?). But leaving aside the question of the anniversary event, boy howdy Overwatch has been around for an entire year and it’s never really completely left the video game zeitgeist. Just when you think you’re ready to move on with something new to penetrate your reserved mind share, Overwatch breaks back in, Kool-Aid Man style, just a month or two later.

So what kind of feeling would you like to share since Overwatch just turned one year old? After all, it’s been years since Blizzard introduced a new creative IP, and it’s a first-person, team-based shooter of all games. What from Blizzard’s history of RPGs and stories would’ve led anyone to believe we’d be playing and loving an FPS for an entire year?

This game has given us Dad 76, the most lovable Edgelord ever, a spunky British personality, Genji memes, and D.Va. Love it or hate it, Overwatch has proven that it has the staying power to live alongside Blizzard’s other storied franchises, with perhaps even greater mainstream appeal.

For my part, I got into Overwatch during Christmas time, when I got myself a PS4. I’d been seeing Overwatch since even on my social feeds because the characters of the game are just easily recognized. I didn’t think I’d main Zenyatta, both out of need for healing and because his damage is surprisingly high. But I also didn’t think I’d still be playing a game six months since I got it. It speaks volumes to the simplicity of the gameplay but also the attractiveness of the design. Also, whatever criticism gets levied against D.Va as weeaboo bait, I don’t care, she’s awesome. 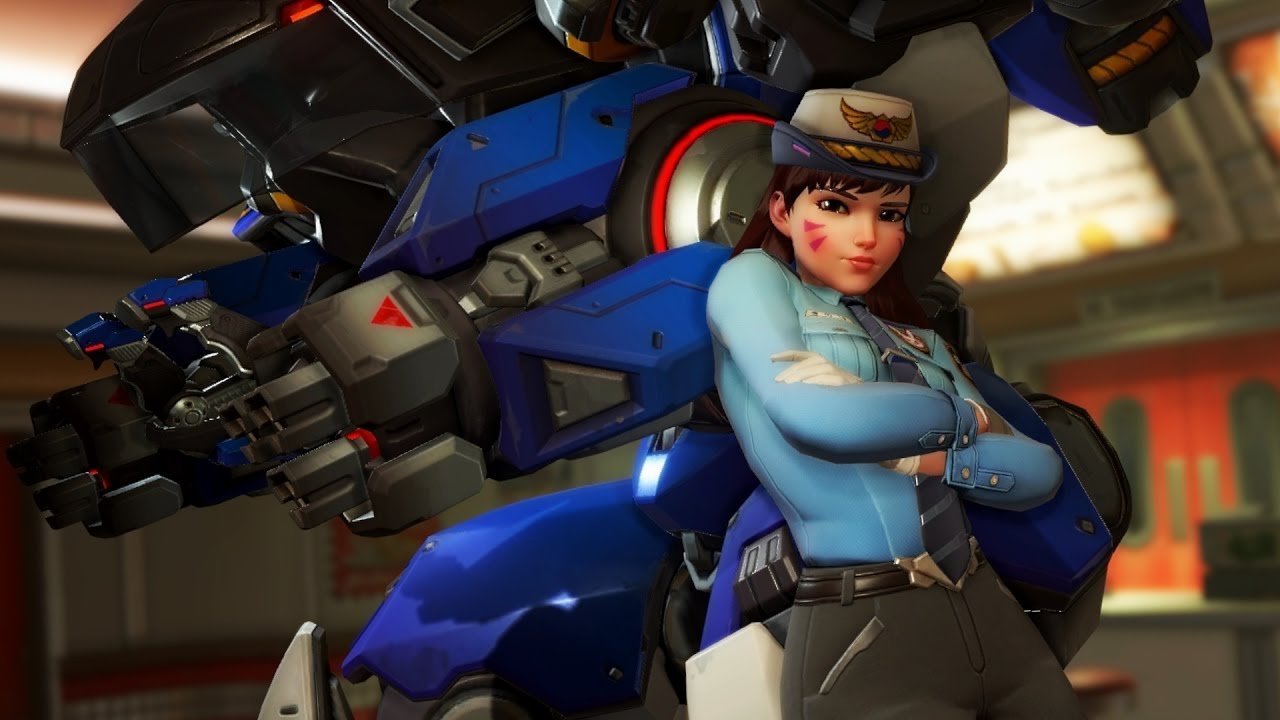 What did the rest of Destructoid’s community have to say about Overwatch‘s birthday?

OrochiLeona has never considered dropping it.

I’m having a whale of a time with the game. I haven’t spent a penny on it since I bought it. I just want OW to continue, keep adding to it, the events and surprises, new characters and maps. I got no reason to consider dropping it.

And I honestly don’t care whether I get the loot I want or not. It’s nice to have, but I can go without it. *shrug* I don’t feel compelled to buy it, even the stuff I *really* want.

Getting sick of these loot box gambling shenanigans.

Jinx 01 does not have a problem.

I rarely get this addicted to online games. There have been others – Team Fortress Classic, Unreal Tournament 2k4, Left 4 Dead, Survarium – but other than TFC I don’t think any have held my interest so long and so intently. There is just something super fun about the game, and it’s nice that you can jump in for just a quick game.

My main issue is that it’s TOO addictive. I avoid things like MMOs because I don’t want a single game sucking up all my time when there are tons of different things to play. Overwatch has been almost as bad. My backlog just grows and grows. What I really need to do is ONLY PLAY DURING EVENTS. That way I get some bonus goodies but don’t let it dominate my gaming life.

I think my most satisfying bits are killing people as Mercy (she’s my main). Like, you’ll get cornered by a Tracer or Genji or Soldier and you can tell they’re like “ha ha easy kill,” so when you kick their asses it’s pretty fun. I used to record everything to catch good plays but it got to be too much work. 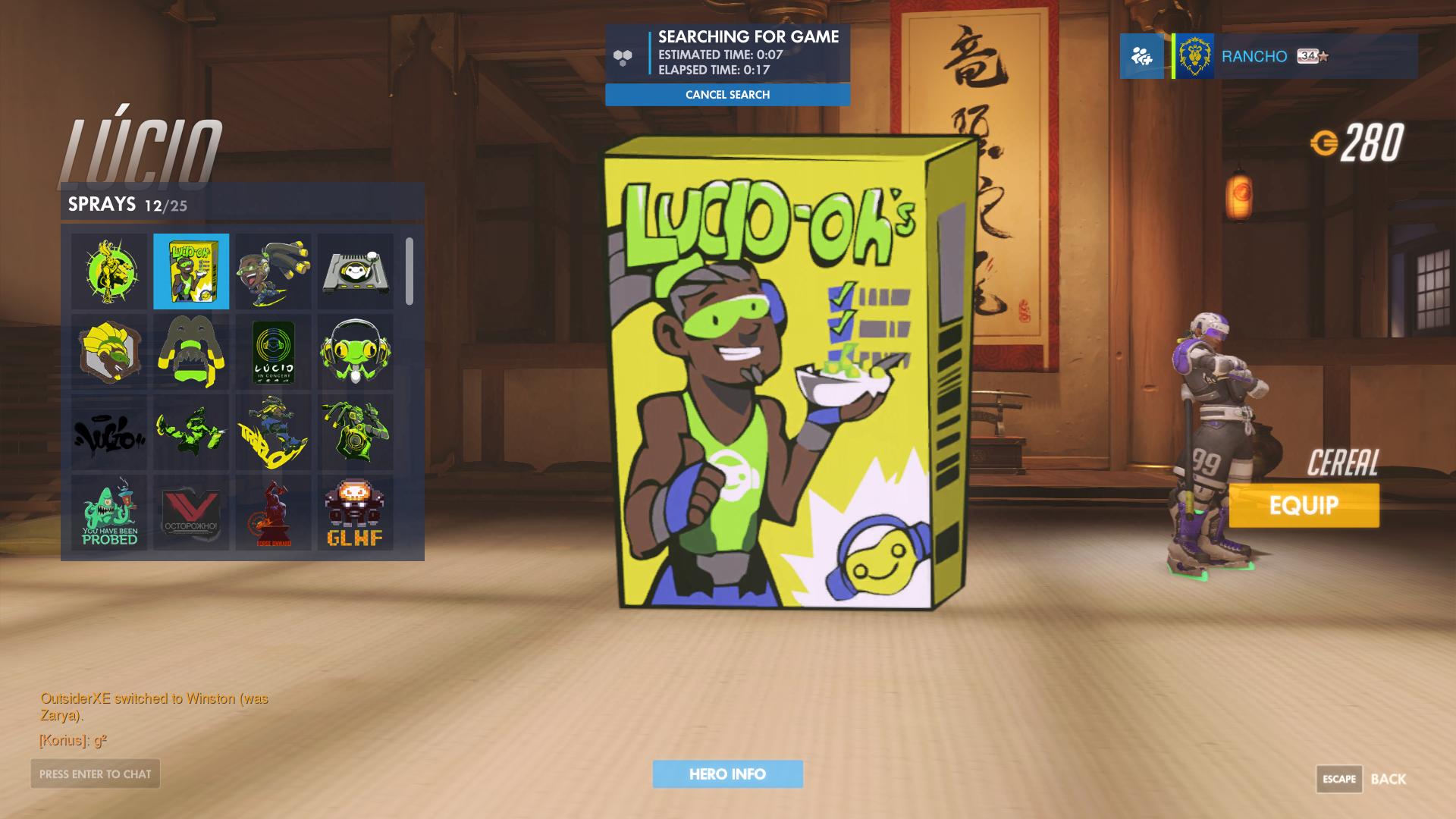 I’ve been having a stellar time with Overwatch this past year. Been playing it regularly since launch and that probably isn’t going to stop anytime soon. My most clear memories were from playing Comp with my buds.

I was playing as Lucio on Illios one Comp game. I managed to sneak around to flank the enemy and got a triple boop kill on the lighthouse control point. A group of three strangers that were grouped up on my team all screamed “LUCIOOOOOOOOOOO!” loudly over the team chat once I got it. Then for the rest of that match, whenever I did a clutch heal or landed a kill, they would yell “LUCIOOOOOOOO!” on the mic again. I was super flattered and hyped up the whole game cause of it, and I’d say that’s one of the most fun experiences I’ve had with a video game in my life.

Though yeah, there’s improvement needed, just as ZombZ said. More standard epic items and legendary skins that aren’t tied to events would be great. I was really disappointed when all of the anniversary dance emotes were locked to the event, cause they were all fantastic.

And maybe I’m asking for a lot, but I wish I could be matched up with better players. I was just about to break into Diamond last season, but my SR plummeted cause I kept getting teamed with toxic players.

But hey, this is just the beginning. Here’s to many more great years of Overwatch.

ZombZ was still recovering from Uprising when the anniversary hit.

Overwatch still brings the thunder. It’s fun, polished and engaging. I care about my stupid diamond. I absolutely love what they have done with 3vs3 and 1vs1. I now prefer those modes to the main game!

Having said that, the anniversary event has pushed me over the edge. Coming out so soon after the Uprising event means I have no coins and didn’t get a single skin from boxes yet. So let me lay down some criticism.

I’d like to see them overhaul their DLC/Box strategy. We need more skins and they should cost 1,000 coins at most. Skins should be purchasable outside of events so you have something to work towards. The way it is right now, I have no reason to log in (besides fun) outside of events. Things like Uprising and Junkenstein’s Revenge should be available in Custom Games.

The report system needs to be improved. There should be feedback on whether or not any action has been taken against someone you reported. The whole process urgently needs transparency. Nobody knows what the penalties are and what sort of criteria Blizzard is working with. And no, maturity-filters do not make it okay for people to call me homophobic and racial slurs.

Balancing should be separate from the pro scene. I realize that pros can be a good way to gauge a hero’s effectiveness, but the 99% of the millions of people who play Overwatch are nowhere near that level of skill, where that data matters. It doesn’t matter that Hanzo is hardly viable in a pro match, his scattershot is still frustrating to deal with as a casual player. I won’t go further into this, because this comment is already going into full-on blog territory.

TL;DR: I love Overwatch, but it drives me nuts sometimes.

CelicaCrazed suffers from some problems.

I wish I liked the game more. But my internet has been laggy as fuck the last few months which has been my biggest issue with the game and not at all its fault.

So what thoughts and stories do you have to share about how long Overwatch has been running actively? Have you been playing since launch? Partway through? Or did you drop off? Who are your favorite characters, especially with the new characters entering since you last probably answered that question? And surely there are still things you wish could be changed about the game. These are just a few of the things you could talk about. This is the Overwatch anniversary! Not just Overwatch turning one but a year of unreal support to keep the game active.