One of the hardest things I had to accept growing up was watching my local arcades go out of business. I wasn’t a social kid, but there was something fascinating and magical about seeing so many fellow hobbyists gather together, take turns on machines, and boast about their high scores. I always fantasized about sitting at the top of a local leaderboard, and while I never hit that goal, the opportunity to write my initials into the 50th place always inspired me to go further.

Now the only leaderboards I can access are online, where the competition is so fierce I’ve long considered any leaderboard spot worth reaching distant and out of reach (that or it’s already hacked). Even though the original magic is gone, my passion for hitting new high scores remains. For years, I’ve mostly sated this thirst through traditional arcade genres like shmups. But one genre I’ve dived into more recently excels at the score attack experience despite packing modern gaming elements that wouldn’t fly in an arcade game, such as cutscene-dense narratives and permanent character upgrades.

The recently acclaimed Devil May Cry 5 is an excellent example of how score attack design philosophies remain relevant in modern games, even without leaderboards. Every character action game I’ve ever played, from The Wonderful 101 to Bayonetta 2 to Devil May Cry 4 Special Edition, constantly encourages players to one-up their own records. That’s because character action games iterate upon and refine everything that made the traditional arcade score attack so thrilling. 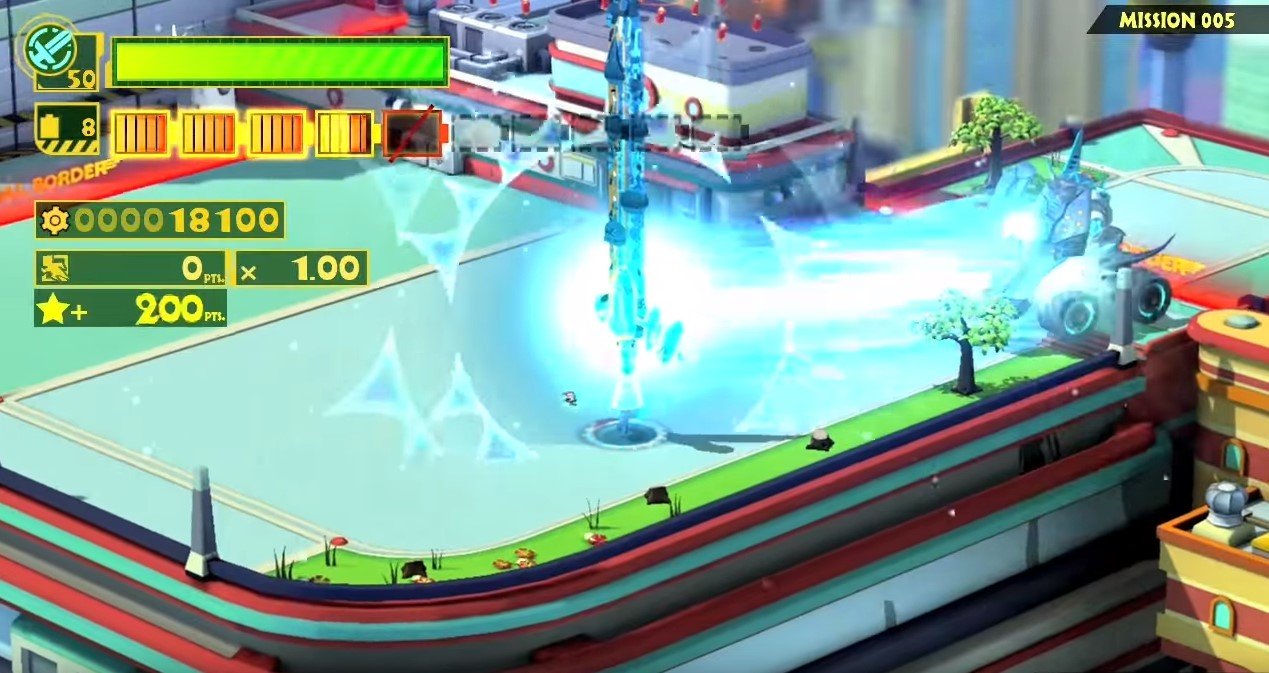 The notion that score attack games are obsolete without leaderboards hinges on the principle that score has no purpose beyond comparing yourself to other players. But I’ve always gotten a thrill out of beating my own high scores as much as I have beating others. Seeing statistical and tangible evidence of my skills improving inspires me and motivates me to push myself further… assuming that score actually corresponds with more exciting and skillful gameplay.

Arcade games used all sorts of different mechanics to determine a score, but a common design philosophy between them is that risky play was more rewarding. Defeating enemies in rapid succession rewarded more points because it’s risky to not give yourself much breathing room. Using difficult or unusual techniques gave bonuses to encourage creative playstyles over simple and safe ones. Smaller bonuses for not taking damage were also common, but playing aggressively enough for other bonuses made this difficult. To maximize my score, I’d play aggressively and focus on clearing enemies as quickly as possible, paying just enough attention to my surroundings to avoid incoming attacks before going on the offensive again. I’m still working on the “avoid incoming attacks” part.

When you get that part right, this playstyle fits the traditional “rules of cool” like an iceberg in the Arctic Ocean. Cool guys don’t look at explosions, they create them. Every good action movie protagonist has the odds stacked against them, but they seize control of their battles through mastery of the tools at their disposal. Points systems that reward this sort of gameplay make earning high scores look as impressive as it actually is. 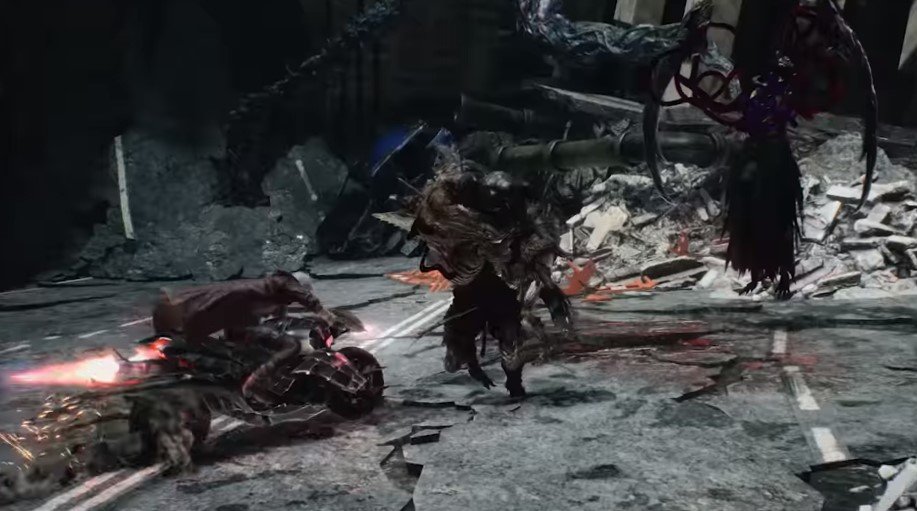 The character action genre’s father, Hideki Kamiya, knows that this ability to manage so many risks while avoiding punishment is what made high-scoring arcade gameplay feel so impressive. As he said in a 2014 IGN interview, he wanted to build a game that recreates that feeling of stylish self-accomplishment. “Maybe there’s a bit of, ‘hey, I’ve got the gallery behind me and I’m going to show off some play that you’ve never thought of,’ but there’s also the element of showing off to yourself and creating your own play style. I think that had a lot to do with the games I played when I was younger, and that really came to the forefront in DMC.”

Thus, Devil May Cry and other character action games use their scoring systems to emphasize and reward similar play. Most of these games use those three criteria — time, combo variety, and avoiding damage — as the pillars of their scoring/ranking systems. This intense gameplay feels great in condensed bursts like it did in arcades, but it could easily be exhausting if stretched as long as a modern console game. That’s why character action games provide regular breathers via delightfully cheesy cutscenes, collectible-stuffed exploration segments, and the occasional brainless or frustrating puzzle. That last one isn’t a great solution, but thankfully, I’ve seen far fewer puzzles in Bayonetta 2 than the first in favor of more of more ambient environments. 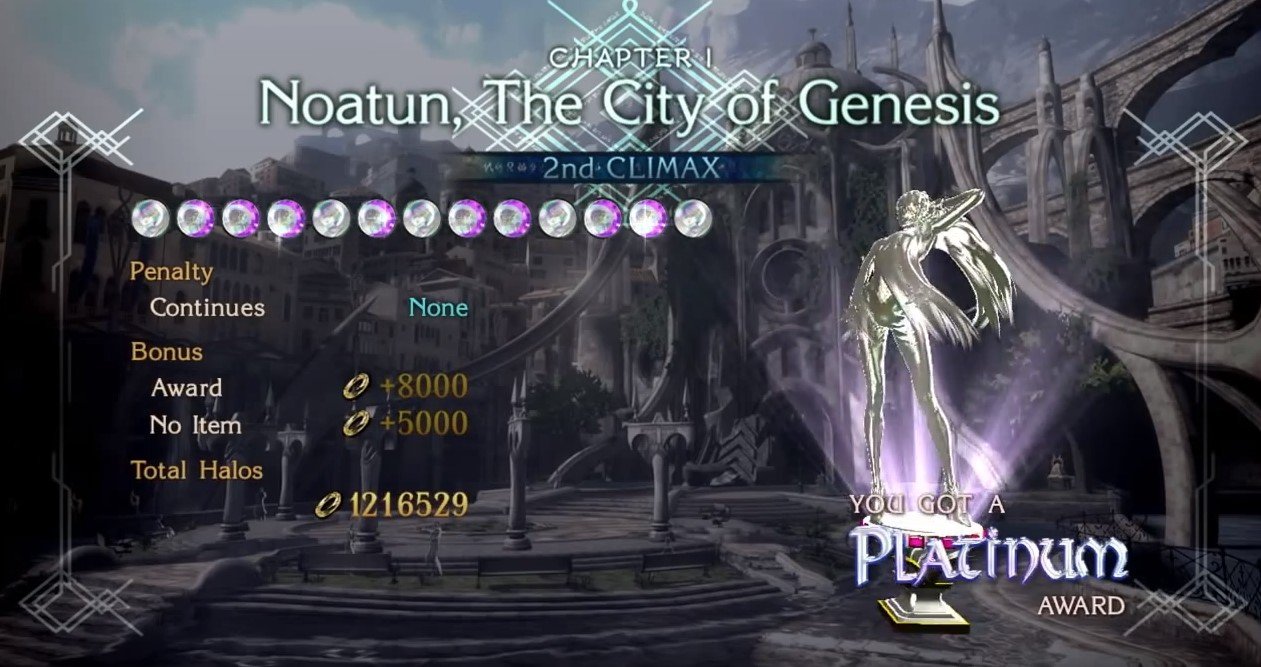 For some, tracking score may feel more like peer pressure than an intrinsic incentive, but character action games are clearly designed around the assumption that players will shoot for high scores. For all the fun I’ve had in the genre, I’ve least enjoyed it whenever I dealt with difficulty spikes through cheesy low-scoring tactics instead of stepping up my own game. Aggression-oriented controls and gameplay mechanics are out of their element when players use them too slowly and cautiously. The promise of higher scores draws players out of their comfort zone and into the fireworks show because that’s where these games’ strengths truly shine.

The character action genre was designed to evolve the arcade score attack experience into a modern form. It is a form of spectacular skill-based gameplay that uses high score systems to constantly push players to further explore what makes it so thrilling. It intertwines those systems with high-octane scenes and over-the-top characters so that a playthrough doesn’t lull even when it takes ten-plus hours to complete. Most of all, it consistently proves the relevance of high scores in modern game design.