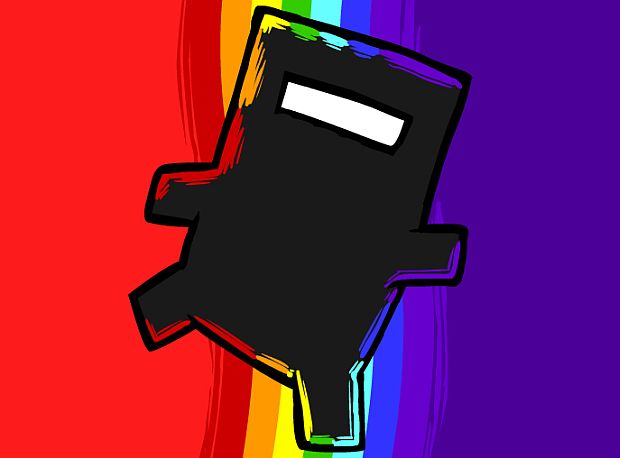 The BIT.TRIP series is faced by one adorable little CommanderVideo. The hero if Gaijin Games’ mini-epic is an ambitious little figure, a spaceman with whom the different genres of the BIT.TRIP series explore gameplay and art. However, it’s not just the BIT.TRIP games that CommanderVideo will zip about in, as he is already a confirmed playable character in Edmund McMillen’s Super Meat Boy Wiiware title. How did that happen?

Well, the guys of Gaijin are actually really good friends with Edmund and his team, with their respective studios just being around the corner from each other in sunny Santa Cruz. Alex Neuse says it “like we’re totally BFFs, to talk like the young people.” He continues, “He’ll come over to our studio, he and his cronies, and play our games and do focus tests and have fun and just chill out, and we’ll do the same.”

According to the Gaijin Games team, McMillen stands as a guy who is really energetic about supporting other games and indie teams. With that built-in camaraderie between the dev teams, it means that getting CommanderVideo in Super Meat Boy was just a friendly request. Simple as that.