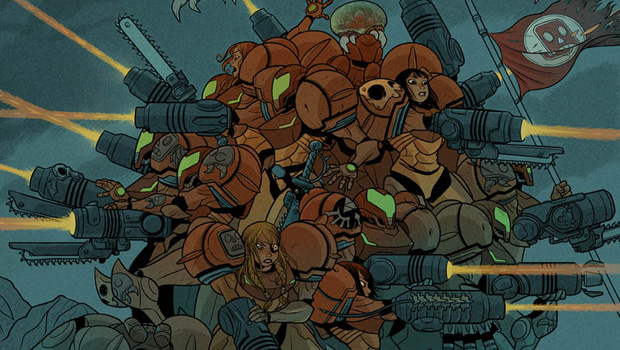 If you are a fan of videogame cover bands, you damn well better know who the Minibosses are. These guys are pioneers, going an tour with a set list of NES rock arrangements before pretty much anyone else. Hell, I was listening to these guys back when I was in high school, well over a decade ago. These guys, I tell you, man… these guys…

As incredible as the Minibosses are, they’ve got a bit of a problem concerning material. You would think with the entire library of the NES just ripe for inspiration, the boys would have quite the lengthy discography by now. In truth, their releases are extremely sporadic — their last album, Brass, came out back at the start of 2005. What gives?

Imagine my surprise when I was visiting the Minibosses merch booth at PAX this past weekend and found a brand new CD sitting right there on the table. Imagine my further surprise when I learned that the album had been available digitally since December! They even played some of their new tracks during the Friday concert, including a massive 12-minute Kid Icarus medley and a Mario 3 medley. I’m super happy, but I want to punch someone at the same time!

If you want to purchase Brass 2: Mouth (very grown-up title, guys), you can hit up Bandcamp and download it for $7 or buy a vinyl copy for $35. Currently, they aren’t selling the CD on the page, but it ought to appear eventually and for at least the $10 I dropped on it. Hopefully, their follow-up won’t take another seven years.