It’s like Skyrim with guns, in the past, but also in the future, with neon

Yes, Far Cry 3: Blood Dragon is very real, and it’s pretty damn amazing. Ubisoft took the best open-world experience of last year, and then proceeded to turn up the stupid to 11 by filling the game with obnoxious amounts of neon, cyborgs, and actual giant dragons that shoot laser out of their goddamn eyes.

“The game’s really stupid, and that’s okay,” creative director Dean Evans told me during a Ubisoft event. “It’s a videogame, it’s allowed to be a little bit stupid. I kind of miss that a little bit in these types of games. You know, ‘We’re all very serious. All about love, loss, redemption, hope!’ Naw, fuck off. This is just about cyborg murder really. That’s kind of what the whole game is about [laughs].” 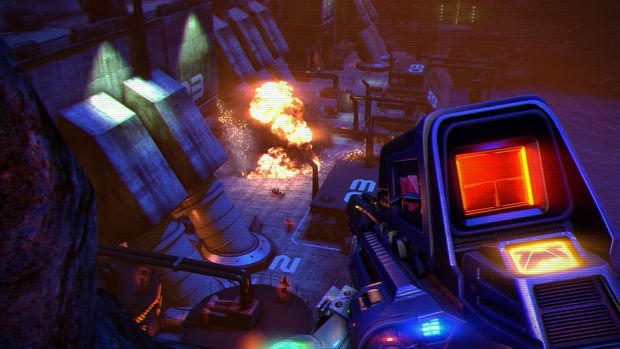 Dean is a charismatic man and it was immediately evident that he loves what he is doing when I spoke with him. He and the team at Ubisoft Montreal have inserted their love for ’80s and early ’90s movie tropes into Blood Dragon, specifically the bad ones.

“So when we made the game, instead of looking at it as ‘Oh we’re just making a cyborg shooter,’ we decided to approach it in the mindset of it’s an action movie genre that’s kind of jumped the shark,” Dean told me. “It’s almost similar to Rambo III and Robocop III of when things just suddenly went completely haywire. You look at what both of those franchises were at the time, really wonderful great statements of action movies, and great statements of America at that time, then all of a sudden they turn into propaganda cartoons and all that shit.

“We’ve worked really hard to do a really bad script and it’s been a lot of fun to embrace that, tick off a lot of tropes, and try to create something that really is quite atrocious. But we’ve gone along that line of so bad it’s good. It’s almost like the Troll 2, or Miami Connection kind of aspect of things.” 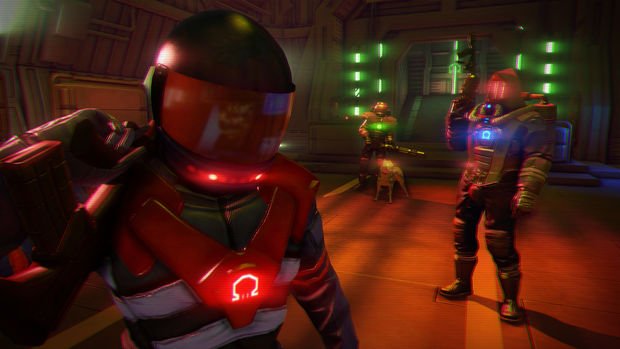 Dean told me they’ve basically approached the project with a B-movie mentality. For instance, instead of just having the character designers do their thing and create some kind of sci-fi looking guy, the team imposed a real world budget of $150 to reskin the enemies from Far Cry 3. What items would you buy with $150 in real life to pull off that sci-fi look?

One example is the heavy fire unit enemy. They gave him a toaster for a helmet, and a vacuum in order to resemble a flame thrower pack. Other enemies will be wearing motorcycle helmets with crappy LEDS, stripped down hockey pads, and even a salad bowl as a helmet.

“That’s the glorious thing about videogames. You can do anything you want! It was a lot of fun doing that, and it’s a quite different way of approaching design stuff.”

A lot of the motivation behind the design choice here comes from the team’s upbringing. It’s a trip down memory lane for Dean and the team as the majority of them were born in the ’70s.

“Ultimately the genesis of the idea comes from being in that period of eight years old to fifteen years old and sitting in your living room, parents have gone to bed, lights are off except that single illumination from the TV screen, and just having your retinas burned by watching Robocop again, and again, and again, and watching Terminator non-stop.

It was an era in entertainment when anything was possible, and even the shitty movies would be put on store shelves right alongside blockbuster flicks. There was an explosion of the B-movie scene, and these movies are a passion for Dean and the team, to the point that Blood Dragon is “a little bit of a love letter” to the scene. 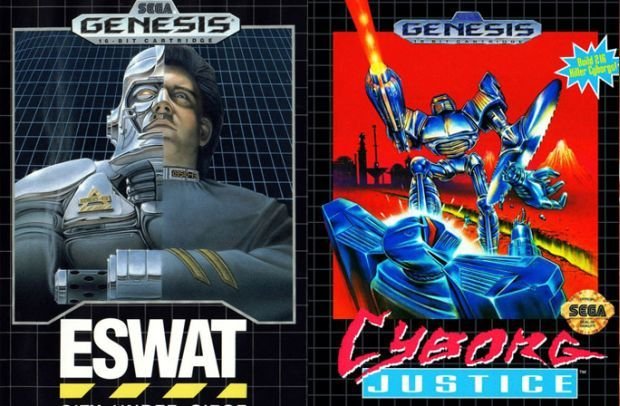 “Certainly there’s a lot of ’80s in this game, but for me it’s really trying to encapsulate that VHS era so it’s a lot of the mid to late ’80s, and also a little bit of the early ’90s as well. So you know, the days of playing Sega Genesis and ultimately the covers of Sega Genesis [games] was a really big part of this game, making sure everyone on the team had copies of Cyborg Justice and ESWAT on their desk.

“You’ll see a lot of references to some old games in [Blood Dragon]. One in particular which I think is arguably the greatest game ever made is Operation Wolf, the greatest arcade game of all time. Putting uzis in the hands of kids, yes!”

A lot of what Dean described to me was immediately evident during my hands-on time. The over-saturation of neon colors, the horribly cheesy one liners, to even Rex Colt, the character you play as. Part cyborg, part human, all extreme badass.

“The executive producer on Far Cry 3 — Dan Hay — he approached me to look at the extension of Far Cry 3 and where we can take it. I sat down with a few of the guys on the team that we had and we didn’t want to play it safe. We could have just done some extra maps, some new weapons, or some new quests but we decided to approach [it as] an extension of the product in a slightly different way.

“Ubisoft are happy to take risks on these things. The thing that I’m certainly very excited about is having an extension of a product in a completely different way of not just having a DLC, actually doing it as a standalone product. We’re not taking ourselves even remotely seriously and that is not the goal with this game. We just want people to kick back and enjoy what we’ve made. Just have fun with the weapons and playing with the world.” 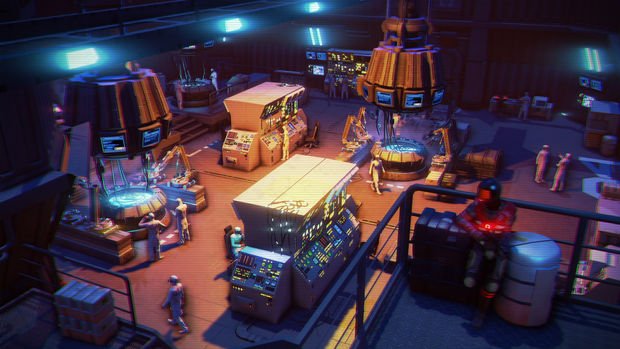 Ubisoft also decided to take things differently in how they approached promoting the game by “leaking” information out on the net. They didn’t go the usual route, which wouldn’t have really worked out all that well anyway for a game like this.

“Some have been intentional, and people have just called them leaks,” Dean said. “With games like this, approaching it just in the standard channels, like why bother? Let’s do something a little bit more interesting. We made that decision to announce it on April the 1st, which was a lot of fun for us, and I think a lot of fun for the business in a whole of just ‘Oh it’s bad business practice to announce on April the 1st!’ Great, awesome! That’s the reason to do it! It’s bad business practice, that’s good! It’s kind of like a renegade operation.

“But in a way it’s kind of fucking sad, right? You announce a game like this on April Fools and everyone’s like ‘Aw it’ll never get made. Oh I wish it’d get made! It’s just April Fools.’ It’s kind of annoying in a way. I think we need some more games like this with a bit more of s sense of humor and not taking itself too seriously. Putting the game back in game.”

Far Cry 3: Blood Dragon will be out on the PC, PlayStation Network, and Xbox Live Arcade as a standalone title for $14.99.